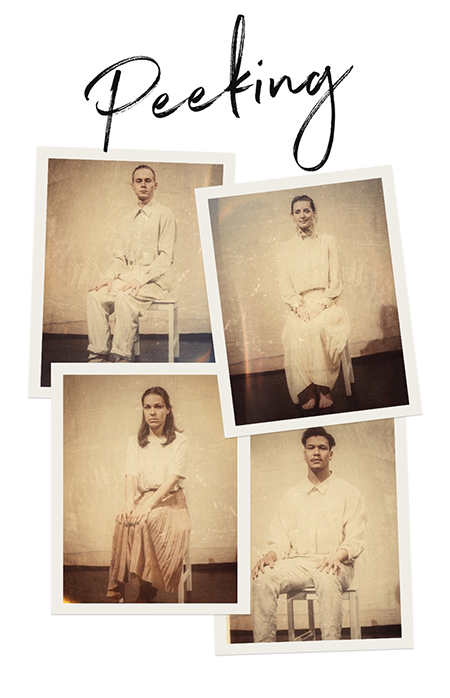 GOLKK Theatre, one of the Graduate Theatre Companies sponsored by the School of Arts, will be performing their show ‘Peeking in the Portrait’ at the Festival of Academic Theatre (FAcT), held in Pisa, Italy this week 12-14 June 2019.

The festival is organised by the Scuola Normale Superiore, a university based in Pisa and Florence. It provides the opportunity for five university theatre groups to perform Pisa. GOLKK have received additional funding by the School of Arts at Kent.

‘Peeking in the Portrait’ creates a world where four people and a camera have no limitation to where they will end up. The work is inspired by the life and works of Lady Clementina Hawarden, one of Britain’s first female photographers. The show, developed by GOLKK on the MA in Physical Acting, explores what it means to exist in a world where we are simultaneously witnesses and the witnessed.

The show will be performed at 9pm (CET) on 14 June at the Teatro Lumiere.