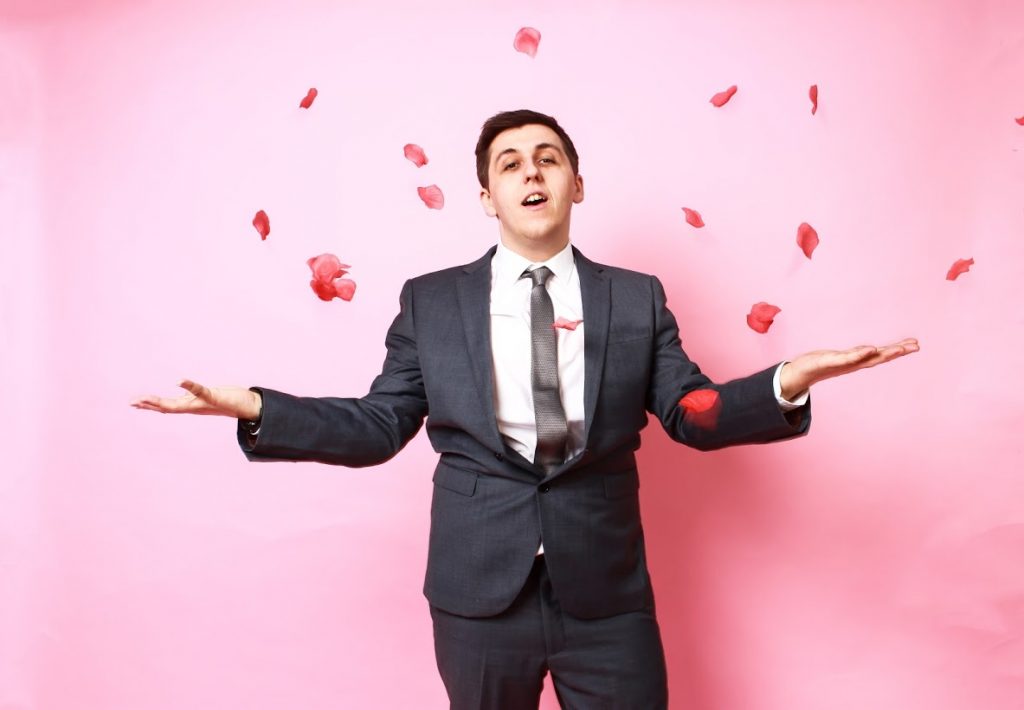 Alumnus Matt Hoss, who graduated from the Department of Drama and Theatre with a BA (Hons) in Classical & Archaeological Studies and Drama in 2015 and an MA in Stand-Up Comedy in 2016, will be performing a gig at The Gulbenkian, the on-campus theatre and cinema, on Thursday 30 May 2019.

Matt’s emotionally honest and hilarious show discusses romance, awkward sex and heart-warming tales of failing in love. Matt retells his raw stories of bad dates, cringeworthy displays of affection and his intense, personable and authentic relationship with finding ‘The One’.

Speaking of his time at Kent, Matt said: ‘After studying stand-up at the University Of Kent, it allowed me to find my comedic voice, develop my anarchic inner clown and become an engaging storyteller. With all of those skills, I was able to go on to be a professional comedian and create my debut EdFringe hour, and gave me the tools to produce a show of which I’m really proud of, The University Of Kent course allowed me to hone in and make me into the best performer I can  be. This show is a testament to my time here at Kent.’

Matt’s one-hour show will be performed as a double bill alongside another star of the comedy circuit, Jenny Collier.