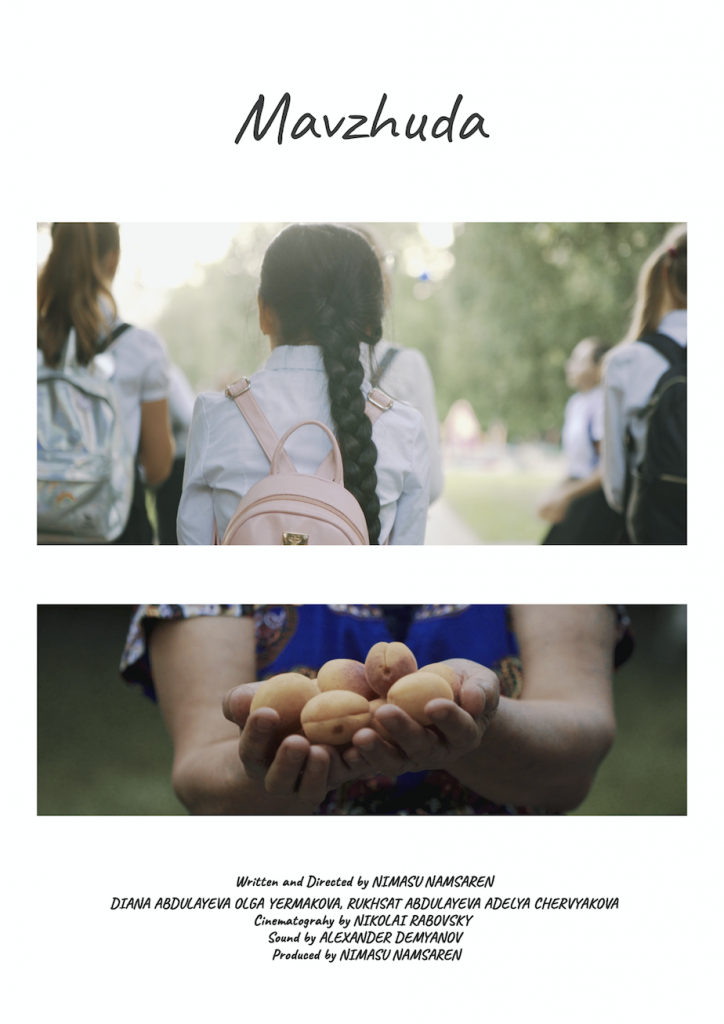 CUFF is an independent festival that provides an opportunity for the students from all three universities in Canterbury – the University of Kent, Canterbury Christ Church University and the University for the Creative Arts – to come together through their love of filmmaking. The 2019 festival was held over the weekend of 23 and 24 March, with a series of films from our students past and present screened at the Curzon Cinema in Canterbury.

Mavzhuda tells the story of the eponymous 12-year-old girl who immigrates to Russia from Uzbekistan with her family. Her new life in St Petersburg is challenging and in order to fit in she starts to forget her own culture and language and loses the connection with her grandmother. One day after school, Mavzhuda ignores her while walking together with other kids, and the pain that she inadvertently brings to the family helps her to find her own place in the hectic world around.

Nimasu described the origins of the film: ‘The film was made during the summer of 2018 in St Petersburg, and it wasn’t a part of my degree. After taking the modules Working with Actors and Screenwriting, and attending an event for Sundance Ignite in London, I got very inspired to make this film. So as soon as I got back from uni, I started casting and planning the shoot. It’s based on my experience of volunteering as a teacher at a community centre that provides free lessons to children of migrants who come from countries like Uzbekistan, Azerbaijan, Armenia, Georgia and China.’

What next for the future of Mavzhuda? ‘Right now, I’m applying it to different international short film festivals.’

To find out more about the Canterbury Film Festival, including details on the individual films that were shown, please see the Facebook page here: www.facebook.com/cufffilmfestival