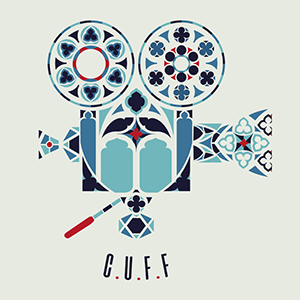 CUFF is an independent festival that provides an opportunity for students from all three universities in Canterbury – the University of Kent, Canterbury Christ Church University and the University for the Creative Arts – to come together through their love of filmmaking. The festival will see a series of short films screened at the Curzon Cinema in Canterbury on the Sunday.

On Saturday, there will be a panel discussing the process of developing from student to professional filmmaker at Waterstones Rose Lane in Canterbury at 6pm.

On Sunday, the screenings of student/alumni films at the Curzon will begin at 10am and will run until 1pm. The event is free to attend. For more details, please see the page here:
www.facebook.com/events/2308240219420927/

Furthermore, on the Sunday evening, there will be panel discussion following the 7pm showing of If Beale Street Could Talk at the Gulbenkian cinema on campus.

To find out more about the Canterbury Film Festival, including details on the individual films to be shown, please see the Facebook page here: www.facebook.com/cufffilmfestival