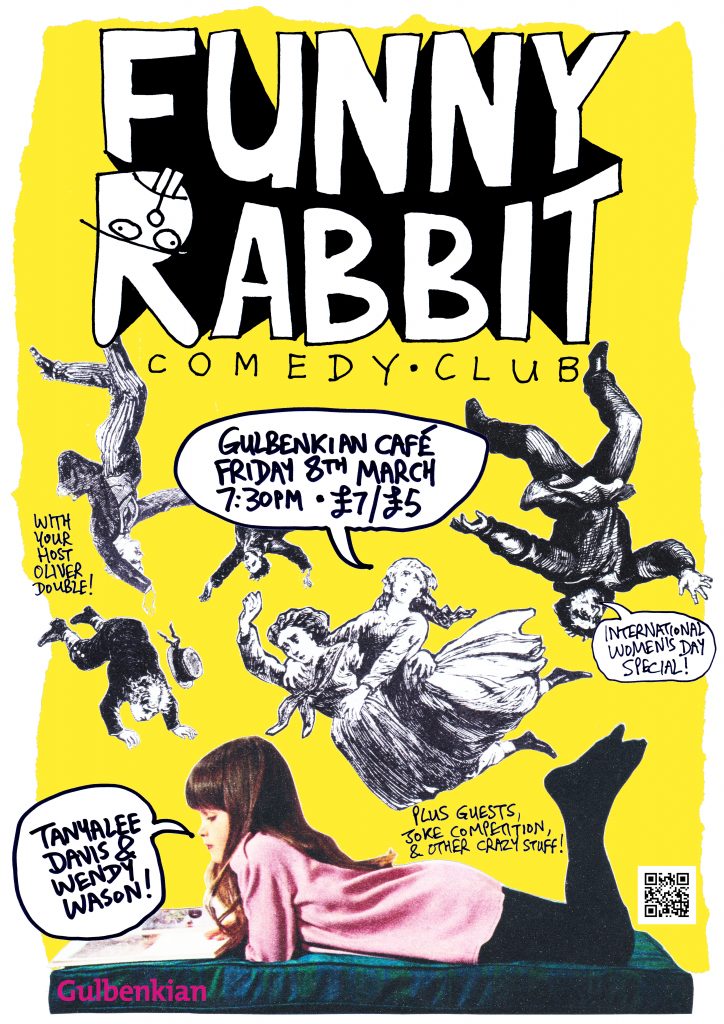 Funny Rabbit, the new comedy club created by Dr Oliver Double, Reader in Drama in the School of Arts, will feature an all-female line up of comedy acts in honour of International Women’s Day, in its second show on Friday 8 March 2019 at The Gulbenkian.

Funny Rabbit is a new kind of comedy club – radical and exciting, but also warm and snuggly as a bunny rabbit. Whether you’ve never seen live comedy before or you’ve been watching it for decades, Funny Rabbit is for you.

The all-female line up includes headliner Tanyalee Davis, as well as Wendy Wason and Carriann Redneck. In addition, two students from the School of Arts will be performing guest acts: Pia Sharp and Annaleise Sansum, who are both studying on the BA (Hons) Drama and Theatre programme.

Remarking on the special show, Olly said: ‘I’m very proud that the second ever Funny Rabbit show is celebrating International Women’s Day. The only shameful thing about it is that by compering the show, I’m ruining an otherwise all-female bill’.

You can book tickets for Funny Rabbit on the Gulbenkian website here: https://thegulbenkian.co.uk/event/funny-rabbit-comedy-club-3/