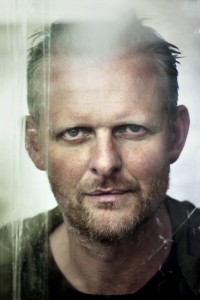 The renowned German theatre director Thomas Ostermeier is to receive an honorary degree from the University.

He is due to receive a Doctor of Arts degree at a ceremony at Canterbury Cathedral on Friday, 18 November 2016.

Thomas Ostermeier was born in 1968 in Soltau, West Germany and studied directing at the Hochschule für Schauspielkunst Ernst Busch in Berlin (1992-96). He began his theatrical career in 1990 acting under director Einar Schleef in his Faust project at Berlin’s Hochschule für Künste. In 1993-94 he was assistant director and actor with Manfred Karge in Weimar and at the Berliner Ensemble.

From 1996-99 he was artistic director of the Baracke at the Deutsches Theater, Berlin, which was nominated Theatre of the Year 1998 by the magazine Theater heute. Since 1999 he has been resident director and member of the artistic direction of the Schaubühne. In November 2004, Ostermeier was appointed as a curator artiste associé for the Festival d’Avignon. In May 2015, he directed the world premiere of Yasmina Reza’s new play, Bella Figura.

In addition to numerous awards for individual productions, Thomas received the Golden Lion of the Venice Biennale for the entirety of his life’s work in 2011. His success with French audiences and frequent presence of his plays in France have been rewarded in February 2015, when he was named Commandeur des Arts et Lettres. He is head of the French German Cultural Council and also a member of the Académie de Berlin.