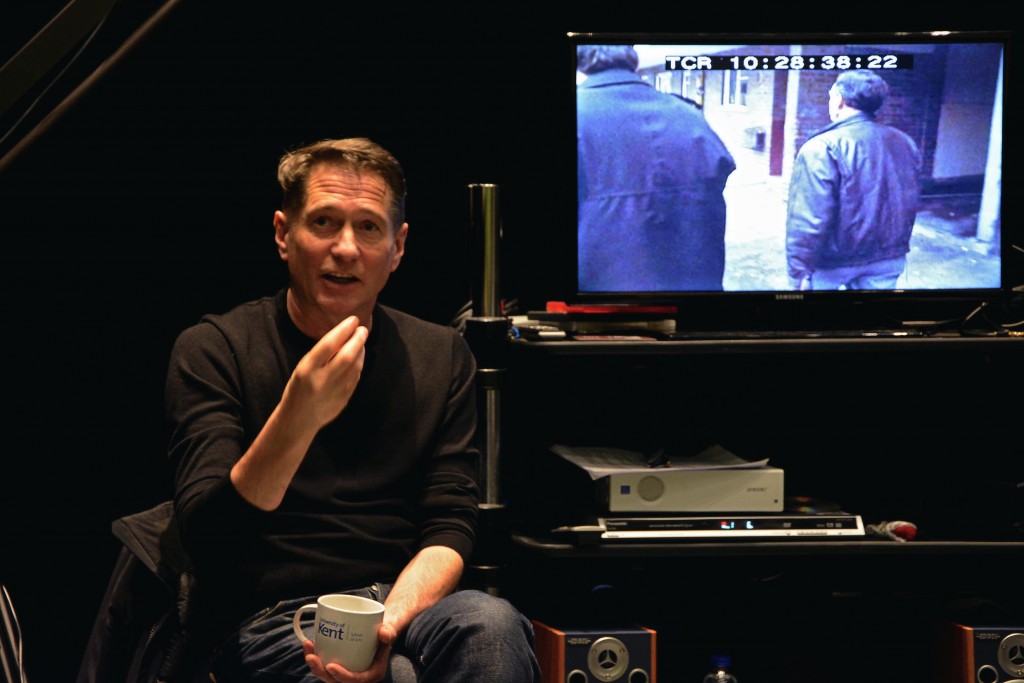 This year’s MA Film with Practice students have been busy this term taking part in masterclasses with some of the film industry’s leading cinematographers, sound designers and editors who have worked on productions such as Game of Thrones, Downton Abbey, The Queen, The Selfish Giant and Life on Mars to name a few.

These are distinguished practitioners, either Emmy-nominated/winning or BAFTA-winning and our students are incredibly privileged to be taught by such prestigious professionals from the film industry. They have certainly learned a great deal from these masterclasses; some of our students commented on the experience…

I was thoroughly impressed and inspired by David’s master class on sound recording. His class was professional, informative, and engaging while remaining relaxed and comprehensive. His organization and structured lesson made for a very balanced 3 hours of background information, techniques, tips, examples and applications. Instead of simply explaining the benefits of a tip or trick (for example the use of that bullet microphone device) , David swiftly demonstrated the effects making for a much more memorable and noteworthy experience. Personally, I found his explanation of the importance of location scouting with sound specifically in mind extremely useful and important. I will be giving much more attention and effort to the sound recording and mixing on my film, because I was able to learn the major difference it can make to a piece that is attempting to look professional. M.L. Beier

I found the sound design master class with Anna Bertmark highly informative. Her passion was contagious and it was very apparent that she loved what she did. With her examples I was able to isolate my focus on sound and think about my own piece and the sound design; specifically the layering of sounds to help with the realism of the piece. J.K. Burgess

One can’t help but be impressed by Christina’s current venture with Game of Thrones; and once I was able to get the fact she knew what happens to John Snow out of my head I was able to concentrate and the expert knowledge she was sharing with us. The most enlightening thing I believe Christina shared with us was her approach towards production design, she repeatedly referred to the motives of every decision she made when creating sets. This showed a level of detail that should be aspired to. What was fantastic was the individual feedback and advice Christina gave back on each of our ideas, although brief it set us all on the right direction to what we should focus on in our production design. It was also great to receive a detailed structure of the on set hierarchy from Christina also. G.R. Thomas

I was very excited to be having a masterclass with Mike Eley as I was a massive fan of Touching the Void, and I was not let down! As with Christina Moore, it was such a pleasure to listen to someone with so many years of experience. I personally took away something immensely valuable from the class. It may sound obvious, but it was the goal of developing your own style. I have always been very aware of the cinematography in films, frequently finding myself trying to imitate and recreate certain effects. Mike spoke of the importance of using these aspirations as starting points of inspiration, and to expand and develop them to become your own original style. It was clear from the clips that Mike showed that he has developed such a style, and I hope to start expanding and morphing my own! M.L. Beier 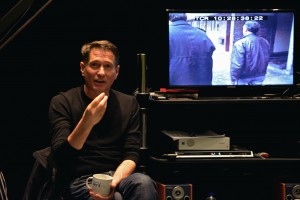 Thanks to our film academic Lawrence Jackson, our students were able to gain valuable insights into the film industry from award-winning practitioners and we hope they will take what they have learned through to their own work both within the School and after graduation.