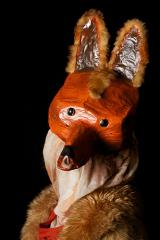 Kent researchers involved in the pioneering Imagining Autism project will launch their findings at a special event on Friday 21 March.

Taking place at the Gulbenkian Cinema, at the University’s Canterbury campus, the launch will include a dedicated screening of a documentary film which has followed the project throughout its lifespan.

The event will also be attended by author David Mitchell, co-translator of The Reason I Jump: One Boy’s Voice from the Silence of Autism. The event is free and open to the public and tickets are available from www.thegulbenkian.co.uk.

Imagining Autism was conducted in special needs schools across Kent, including one residential school run by the National Autistic Society (NAS). It involved children with autism participating in a series of interactive sensory environments, such as ‘outer space’, ‘under the sea’ and ‘the arctic’. Each environment was designed for the children to encounter a range of stimuli and respond to triggers, created through lighting, sound, physical action and puppetry.

Using trained performers from the University’s School of Arts in each of the environments, the work aimed to promote communication, socialisation, playful interaction, and creative engagement, encouraging the children involved to find new ways of connecting with the world around them. More information can be found at: www.imaginingautism.org

The project, funded by the Arts and Humanities Research Council, is a collaboration between the University’s drama department, within its School of Arts, its School of Psychology and its Tizard Centre, which is part of its School of Social Policy, Sociology and Social Research.

Imagining Autism was also featured on ITV news on Thursday 20th March, you can view the news feature here.

Further information on the project’s findings will be released after the launch event on Friday 21 March.