At the end of October 2015 we had our second hackathon for Information Services. In an attempt to target a wider audience and get more non-techies involved we renamed the event “Innovation Splash”.

The event was held over 2 working days, we had a total of 5 teams take part who tackled various problems facing the institution and gave 10 minute lightening talks on their prototypes at the end of the second day.

This blog post aims to give a quick run down of each of the teams ideas. Just to show off some of the cool stuff our colleagues produced in such a short amount of time.

Find a Room – by The three Musketeers

How often do you get lost when you’re looking for a room in a large building? 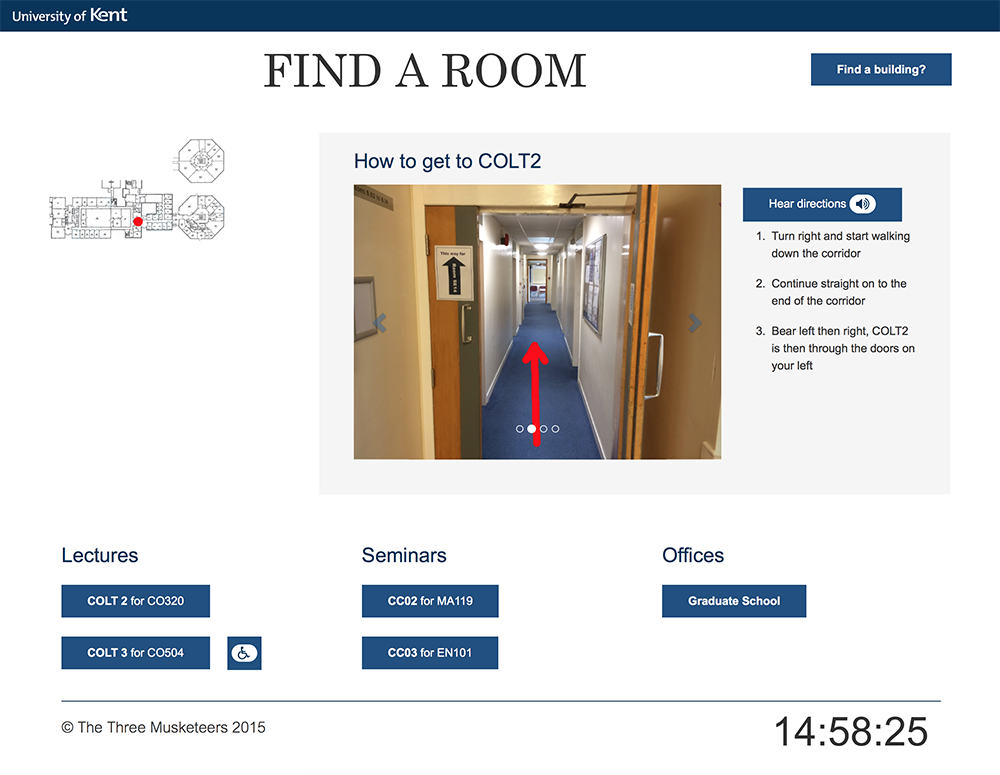 The Three Musketeers sought a simple and effective technical solution to this problem: touchscreens placed in key locations of buildings, showing clear streetview-like visual directions to any room in a building.

The idea also incorporated text and audio descriptions, as well as modified directions for wheelchair access. The idea of KentNow was to provide students with a simple app that would provide instant access to useful information as they needed it. Find your next lecture, 1 tap a way. New marks released? Get an instant notification to let you know.

One of our big focuses with this idea, was to try and provide access to existing data, but in a more joined up and context aware way.

To show off the idea, the team decided to focus on creating a high fidelity mockup that users could play around with on their phones. The app was broken in to 4 key areas; timetables, deadlines, marks and library info, which we had identified as being the most useful areas for real-time data. Certain pages were also designed to allowed further drill down, allowing users to dig in to more detailed information about a given lecture or deadline. 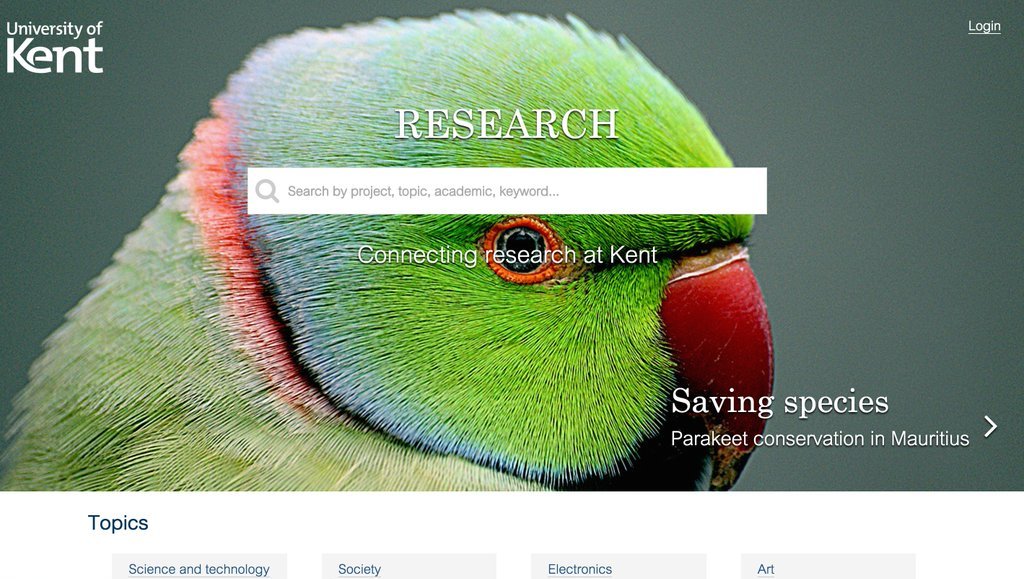 Spectre’s vision is to create a connected research community at Kent. Where there are currently a plethora of systems that store and manage research related data, ReSEARCH was developed to bring all this data together in a way that will empower researchers at the University to achieve their research goals.

ReSEARCH is an intuitive and user-friendly web application that presents detailed profiles of researchers, their projects, peers/collaborators, and any funding bodies/businesses with whom they are linked.

Researchers are able to find other researchers to collaborate with, based on a topic of interest. They are also able to find potential funding for their projects through listings of partners and organisations involved in a given area of research. In the same way, businesses and funding bodies are able to look for opportunities to invest into research that would be of benefit to them.

Spectre believes that ReSEARCH will also reap great benefits for current and prospective research students, research support staff, and many others around the university, and will consequently increase the media profile of the University, providing a platform to recruit and attract partners and protégées. 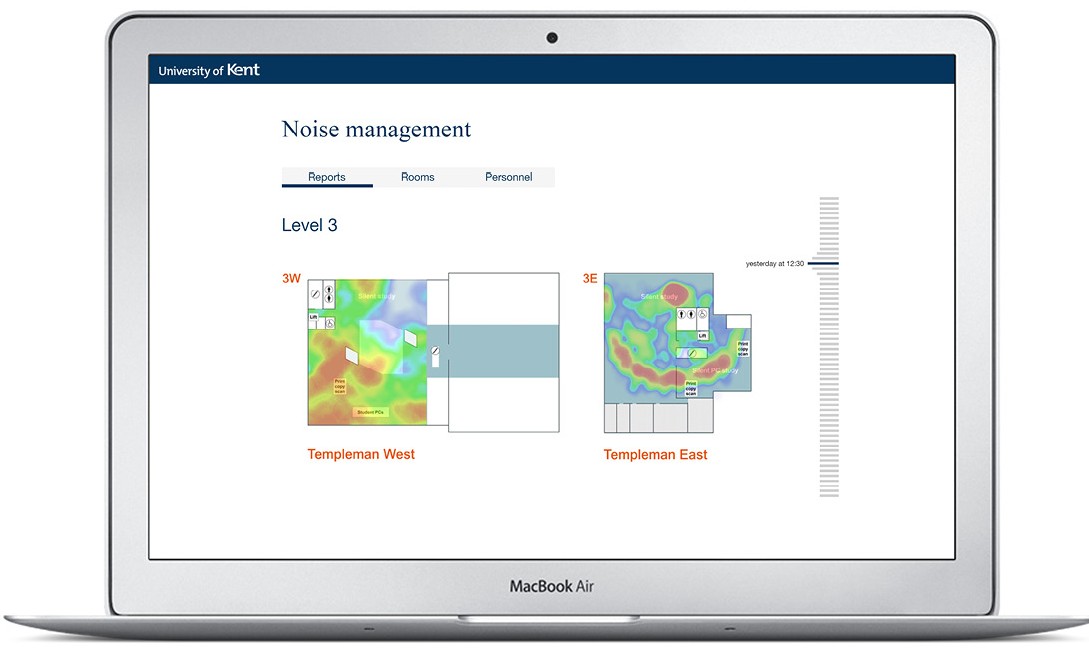 Our colleagues over in the Templeman Library often struggle with maintaining suitable noise levels in the different areas of the Library. The Breakfast Terrors decided to try to tackle this problem by creating a system which would be linked to from our Student Guide enabling students to easily report noise. 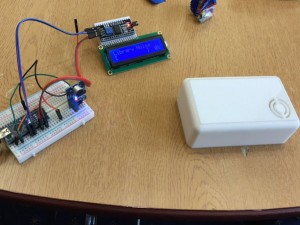 The Breakfast terrors also created a hardware prototype (the only one this year) for a sound sensor which could be placed in different areas of the library and alert staff on duty when noise levels got too high. Using the sensor the team explained how the data could be used to heatmap noise in the building, allowing staff members to more easily react to issues.

The team also considered how this could be linked up with mobile devices, or potentially smart watches to provide staff with a real time way of keeping track of issues. 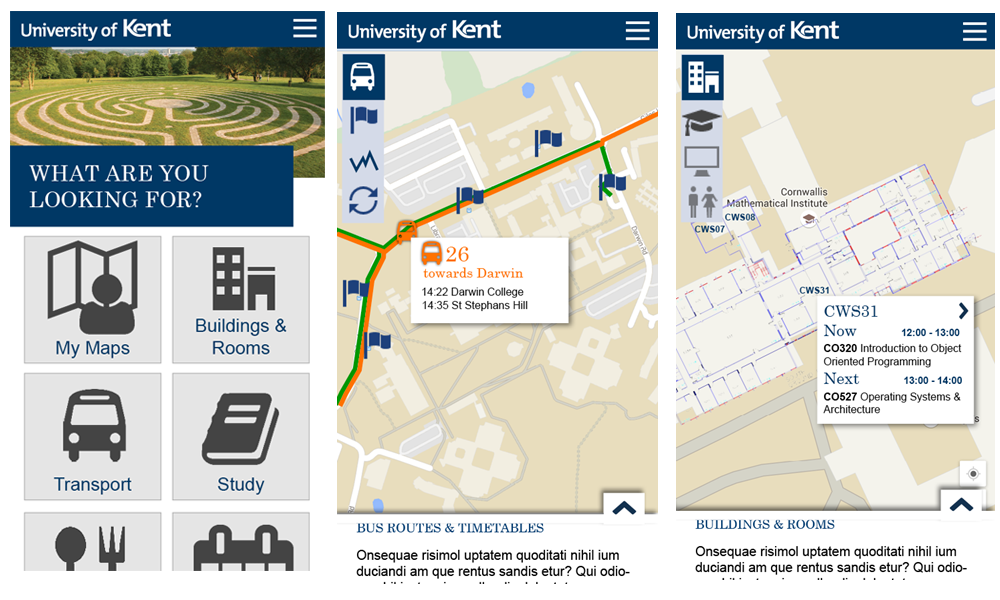 Mapping was a big feature on the ideas board for this year, and rather than tackle just one of the mapping issue “Team 5” decided to try and solve a number of the problems at once by pulling an array of existing data sources in to a single app & allow users to layer the data as needed.

Whether looking for a car-parking space, free PC or even when the next bus was going to turn up.