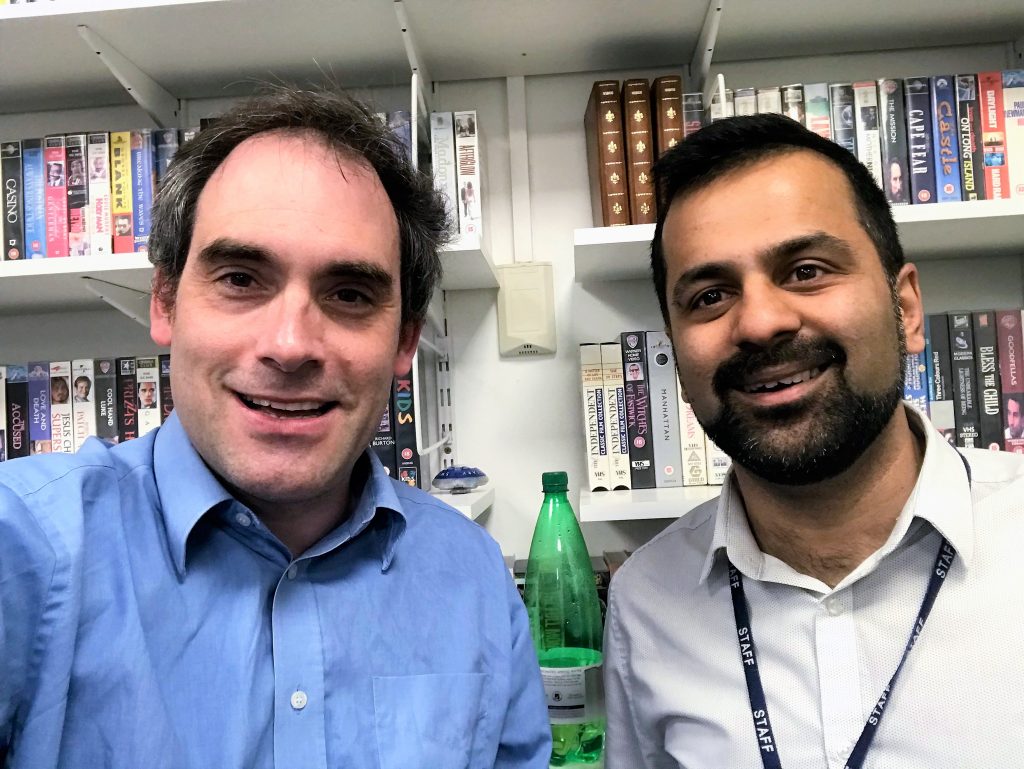 Dr Chris Deacy, Reader in Theology and Religious Studies, speaks to Srivas Chennu from the School of Computing as part of his Nostalgia podcast series.

In this insightful interview, Srivas talks about how we are today able to ask questions that the ancient Greeks could not, how his research intersects with Chris’s own work in near-death experiences (NDE) and he talks about how his collaborators are studying what happens in the brain when someone has an NDE. We also discuss how films are often better at conveying these techniques than academic papers.

Srivas reflects on how a decade ago to study consciousness would have been laughed at as it was deemed to be so amorphous, and how and why that has now changed. Srivas also discusses his background, growing up in India, having a Hindu priest for a grandfather, Pink Floyd and the Alan Parsons Project, cultural changes between India and the UK, BBC 6 Music, Monty Python, what would have happened if Srivas had stayed in India (the ‘Sliding Doors’ phenomenon) and how he feels his friends think about him!