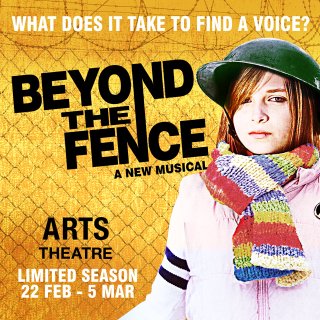 Dr Anna Jordanous has been invited to give her expert opinion on the computational creativity involved in a new musical conceived and generated by computer.

The result of this process is Beyond the Fence; the first musical conceived and generated by computer, which is at the Arts Theatre London until 5 March. It is modelled on a statistical study of the ‘recipe for success’ in hit musicals.

Beyond the Fence is billed as  a powerful new musical about hope, defiance, unity and love based on a story of protestors at Greenham Common in 1982. The question is can the computer algorithms behind the score, plot line, story development and lyrics create something that can entertain humans?