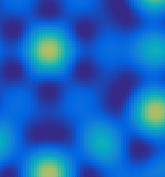 Earlier today I was talking to a graduate student about the calculation he is working on. I told him to discard a particular possibility because “it would require fine-tuning”. He looked a bit puzzled and asked me to explain what I meant. I actually had to think about that – which goes to show that he was right to ask the question (one often learns most from those one is supposed to teach).

Of course, both the Cosmological Principle and No Fine-tuning are only generalisations. The former was never meant to apply on short length scales, and its applicability on cosmic length scales is currently called into question, for example, by very large-scale structures observed in the Cosmic Micro-wave Background. Likewise some interesting materials, such as Invar, owe their special properties to finely-balanced microscopic parameters. But they are both useful generalisations. They force upon us a certain mental discipline. They make us look for deeper reasons for the observed phenomena. That they have both been so successful in uncovering such reasons conveys a powerful message: that we live in an ordered Universe where general rules apply, and chance is a secondary consideration.