Because many of our depositors (comedians, promotors and producers) have worked on television and radio we have been given copies of their contributions to these programmes as part of their collections.  Material has been deposited on CD (both audio cd and CD-R), and on DVDs. This material is usually contributor copies that they were given by the broadcaster or production company, although we do have a few ‘off-air’ recordings. We’ve also received published material, such as recordings of specific shows, tours, or compilations the depositor has appeared on, including in cassette, audio CD and DVD formats.

In this post I will focus on how we are capturing audio and video material deposited on CD and DVD, which Richard Wright nicely describes as ‘digital content not in files’ (page 9). ‘Digital content not in files’ refers to digital recordings which require specific technology and workflows to move the sound/images from their dedicated physical carriers (such as DAT, minidisc, and DV formats, as well as material held on optical media, such as audio CDs, CD-R and DVDs) into digital files (page 3). 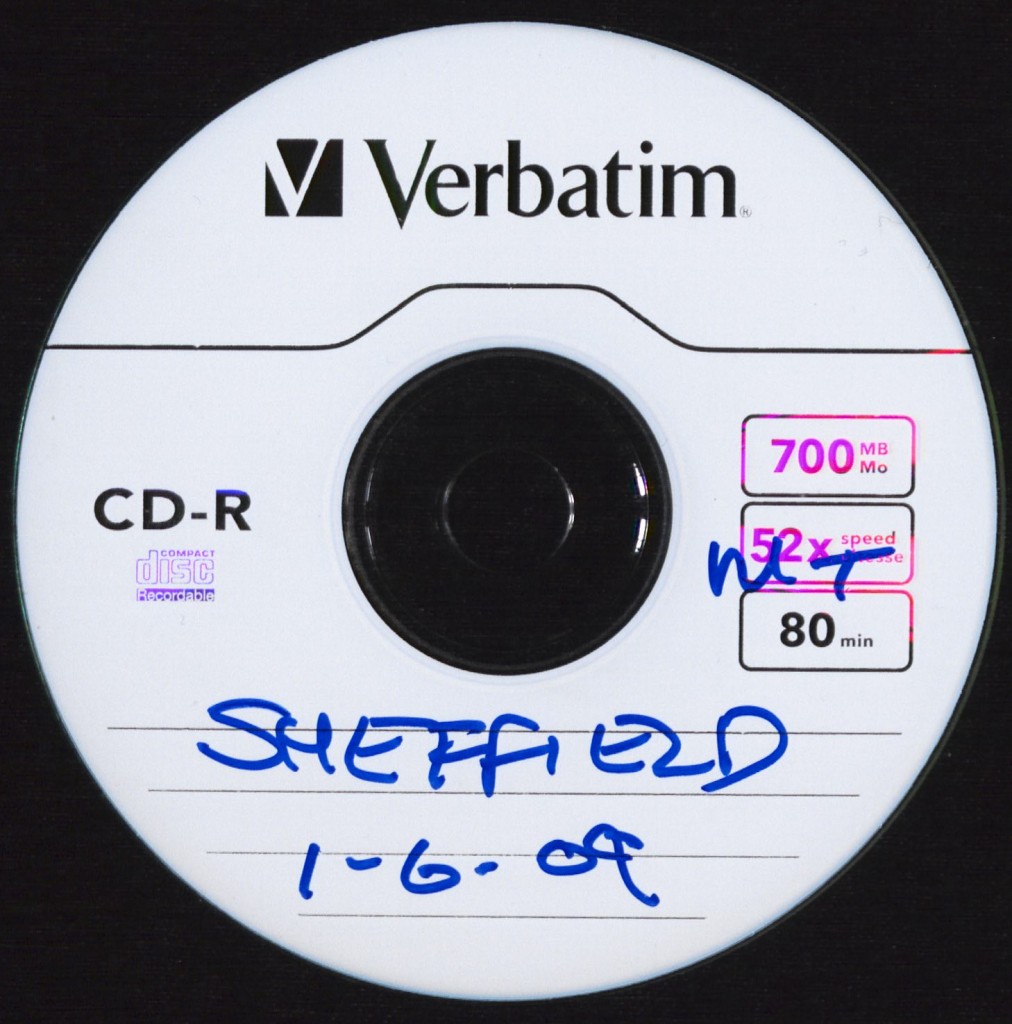 Whilst previously optical media was seen as a preservation medium and storage solution, it is now recognized that optical discs are an ‘at-risk’ format (see ‘An Introduction to Optical Media Presevation’ by Alex Duryee’) and so we have been transferring any material of high priority deposited on optical media (mostly that which is unpublished on re-writable discs) to a digital file.

Our approach to this material has varied depending on the format.  For material on audio CDs and CD-R we have viewed the physical format as a file carrier, as a way to share and transport audio files, and we view the content on the disc as the important thing to capture (rather than the structure on the disc).  However, for DVDs which are more structured (often with a menu) we have created a disc image, which we can then mount in tools such as VLC.

Audio CDs hold data in the Compact Disc Digital Audio (CD DA) format. Data is written in the pulse-code modulation stream (PCM), at two channel, 16 bit, and 44.1kHz. When an audio CD is placed in your disc drive the operating system will interpret the data into different files (tracks) with the extension .cda.

After consideration we decided not to extract audio from audio CDs using a disc imaging workflow, but to extract the data and save as a WAVE file. We made this decision based on a number of factors.

Instead of disc imaging we extracted audio data using Adobe Audition (a tool we were using for digitising our sound cassettes and MiniDiscs) and set the read speed to be low in order to provide as accurate results as possible. The data was originally written to the disc as PCM 16 bit/44.1kHz so we extracted the data as this and used the WAVE (.wav) wrapper. The structure of the audio CD disc was maintained using filenames (numbered sequentially by track on the disc) and through metadata which we embedded in BWF format (using the BWF MetaEdit tool).

We have also received CD data discs containing mp3 files. Although mp3 is not an archival format the sound files are already compressed and saving them as wav files will only increase the file size, but not the quality of the file. MP3 is a format widely used it is unlikely to become obsolete in the immediate future and so poses no preservation risk. We have also been capturing MP3s through audio editing software, either Adobe Audition or Audacity. We are exporting through software, rather than copying straight from the disc, as the software you use will have an error correction element and help prevent any errors during the export/copy.

With rewritable media accessioned into the British Stand-Up Comedy Archive collections (such as hard drives, floppy drives), or media which has inbuilt menu functionality (i.e. DVDs), we thought that here it was important to create a disc image, a sector-by-sector copy, as part of the process of digitally preserving the original accession. Our aim was to:

We have used the free version of ISOBuster to image DVDs and using this tool created an .iso file and a .cue file.  A complete disk image (.iso file) serves as the preservation master, and from the iso file we have then created an access copy as an mp4 (h.264) file, using VLC, for use in our reading room. 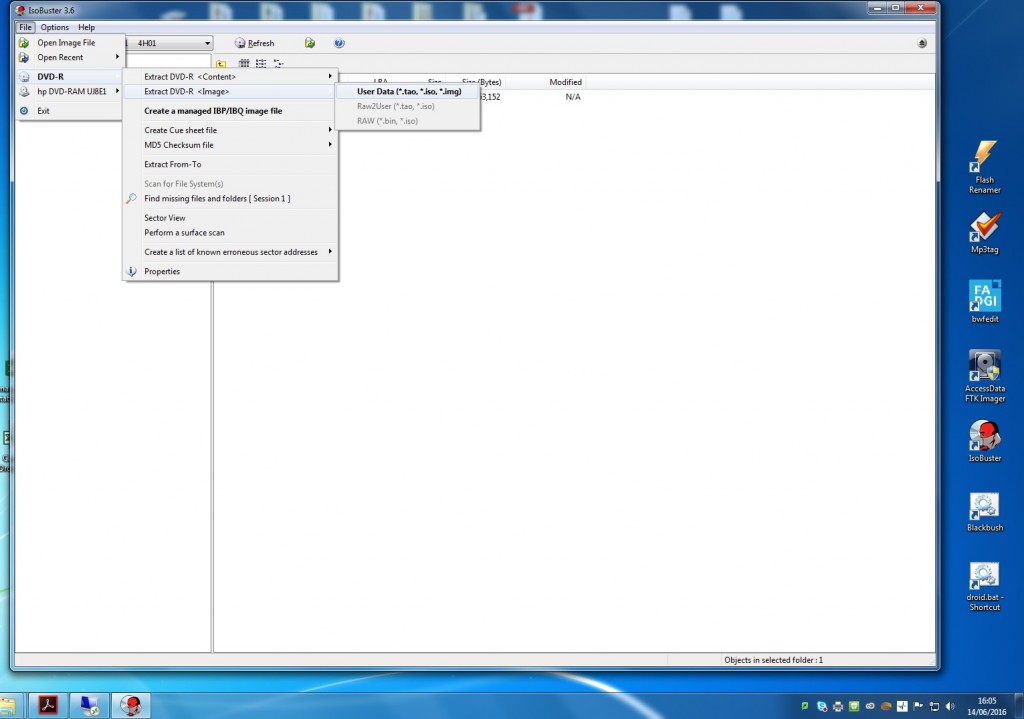 Next time… how we have been digitising VHS and transferring material on DVCam and MiniDV.