I wanted to give an update on the collections that we’ve now received into the British Stand-Up Comedy Archive, nine months or so into our Beacon Project to catalogue, digitise, provide access to, and continue to build this archive for stand-up comedy in the UK. Our current collections include material from:

Some of these we’ve written about before, so I wanted to provide some brief updates on the new collections.

The BSUCA (British Stand-Up Comedy Archive) Events Collection is being created through the events that we are holding ourselves, on campus, and at the 2015 Edinburgh Festival Fringe. We now have recordings of in-conversation events from Richard Herring, Stewart Lee, Mark Thomas, Stephen K. Amos, Jo Brand, Susan Calman, Alexei Sayle, and Nina Conti, recordings of Edinburgh Preview shows from Alfie Brown and Jimmy McGhie, and a recording of our inaugural Linda Smith Lecture, given by Mark Thomas. 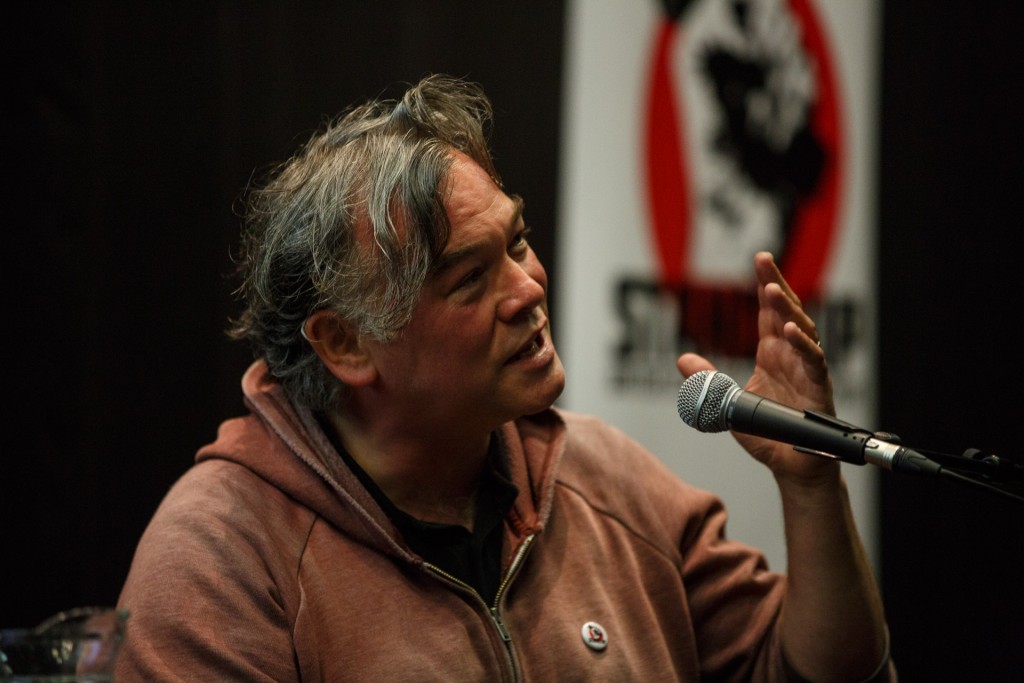 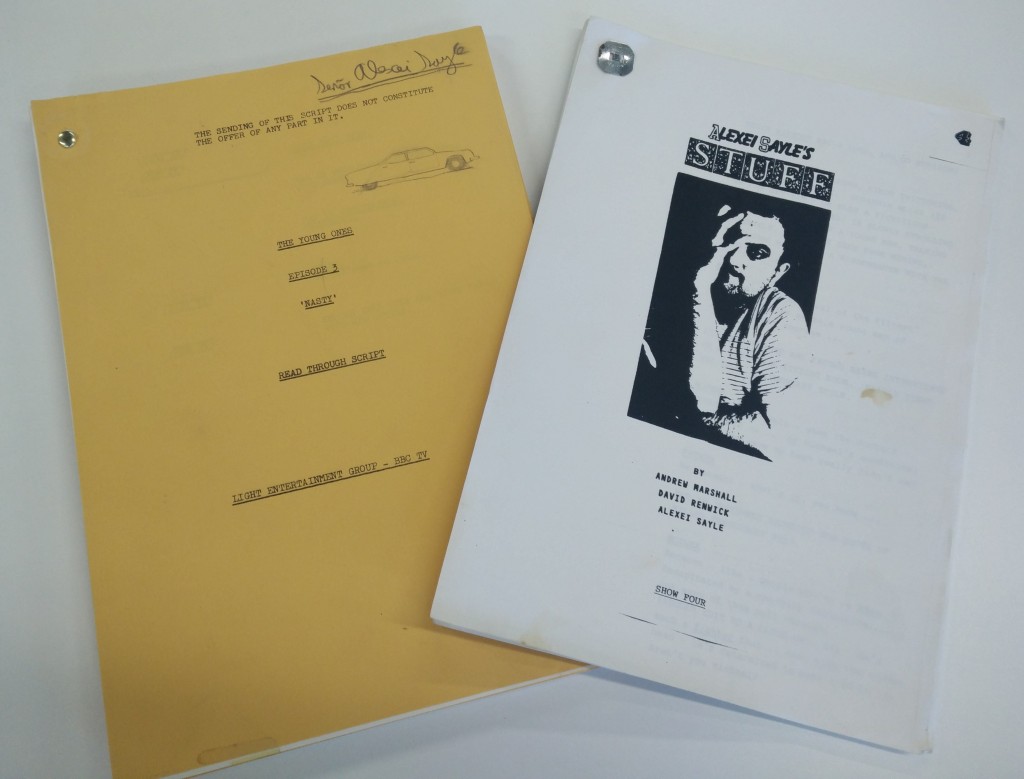 Material deposited by Robin Ince includes passes and badges for shows, tours and festivals in which Robin Ince performed, flyers and postcards for shows, zines made for Robin Ince’s Book Club and Edinburgh shows, performance notes for shows ‘Robin Ince Is As Dumb As You’ (2005) and ‘Robin Ince Knew This Would Happen’ (2007), and props (including Robin Ince and Josie Long puppets!) 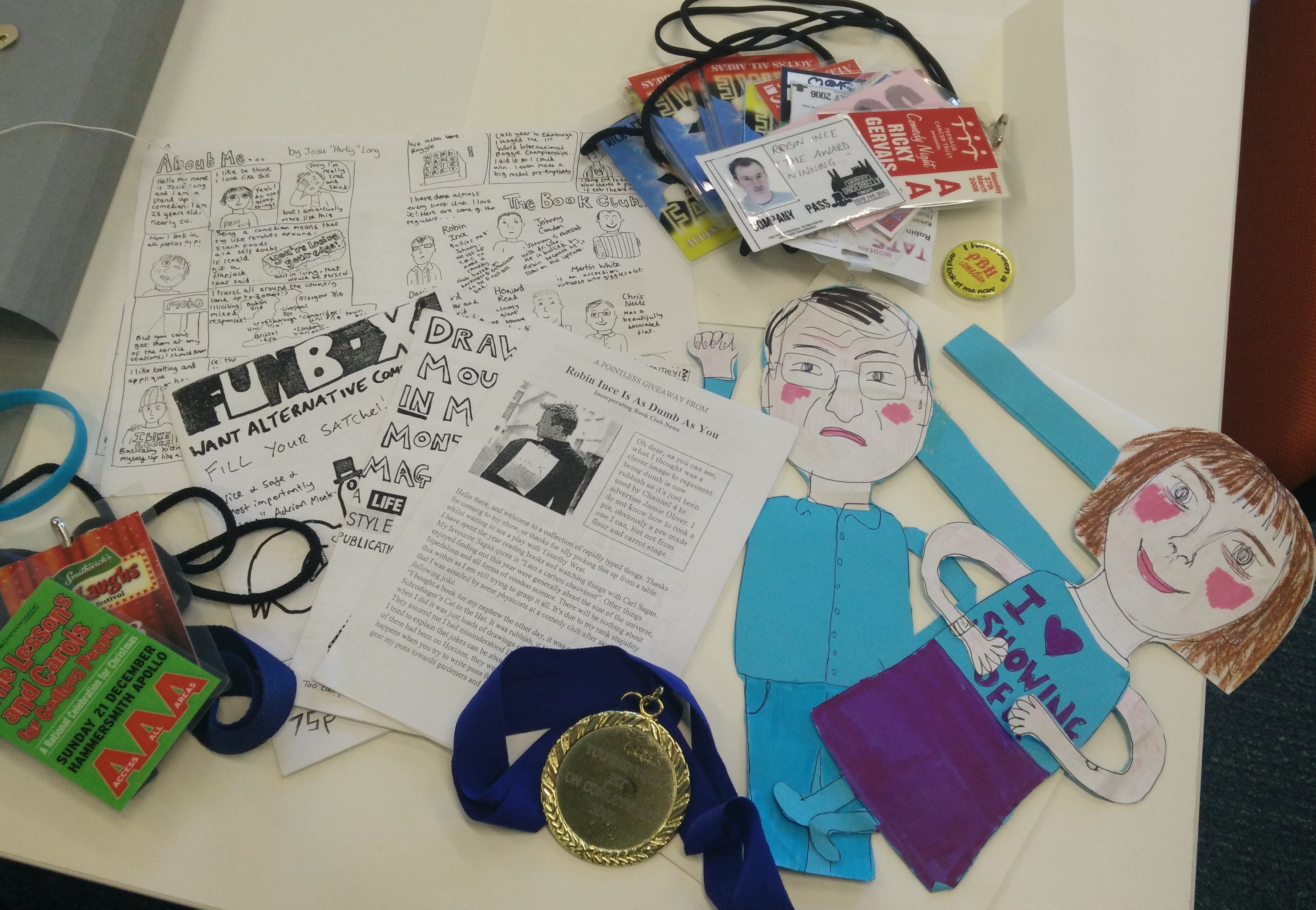 Our most recent deposit has been from What The Frock! Comedy, a Bristol-based comedy brand which champions female comedy talent. We’ve received a copy of ‘The What The Frock! Book of Funny Women’ (2015), flyers, badges and bookmarks. 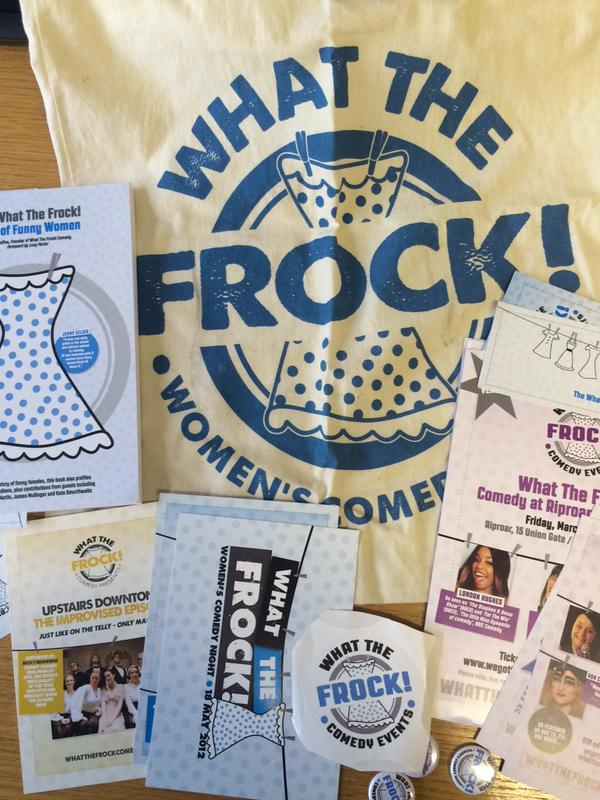 Material received from What The Frock! Comedy

Nick Toczek deposited some wonderful flyers and leaflets from his alternative cabaret nights in Bradford, which he ran in the 1980s and 1990s. His collection comprises leaflets and flyers for the alternative cabaret and alternative comedy nights Stereo Graffiti, the Bradford Poetry Live Festival, Tumbling Hill Street Blues, Bradford Alternative Cabaret, Cracker!, and Korks Komedy Klub. Some of Nick’s flyers within the Linda Smith Collection can be viewed on our flickr account. 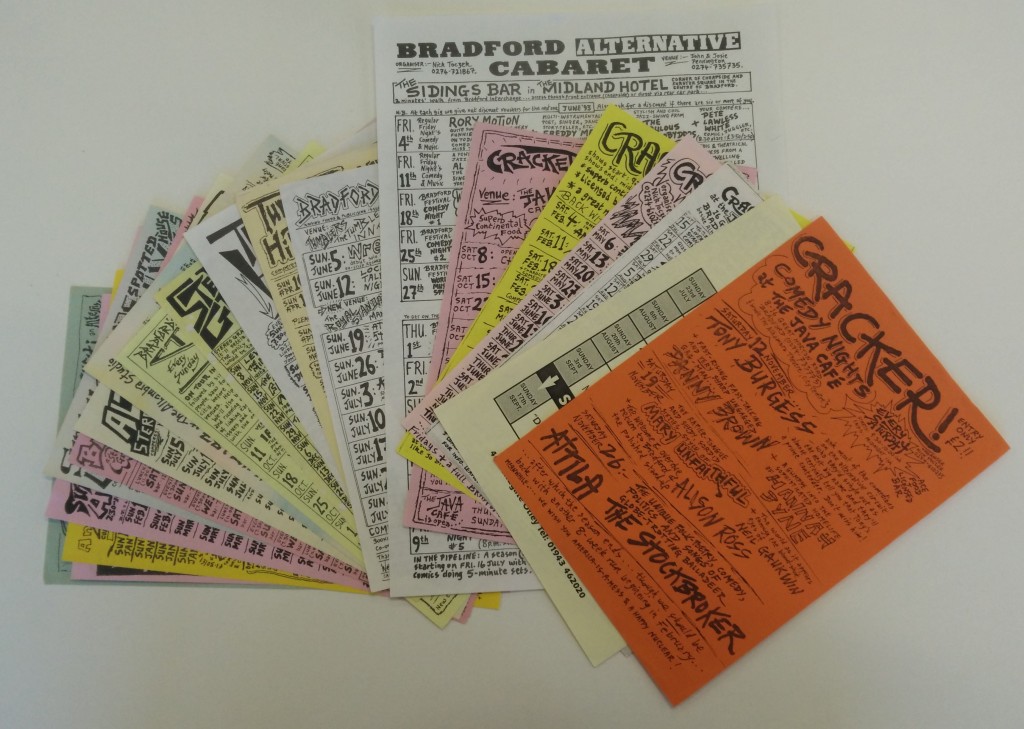 Richard Herring did a wonderful ‘in conversation’ event with us back in March (some sound bites are available on our SoundCloud channel), and he deposited material from his career performing theatre and comedy since his time at the University of Oxford until the present. The Richard Herring Collection contains scripts for radio, television and plays; promotional material for stand-up comedy performances, plus published material by Richard Herring (including books and DVDs). The Collection includes original material on paper (scripts, reviews, tour flyers and brochures), published material (books, pamphlets, and a DVD), born-digital material (documents and files saved to 3.5″ floppy disks) and 179 tiff image files from Richard’s ‘Comedy and Drama in Oxford notebook’ (loaned to and scanned by the British Stand-Up Comedy Archive).

These collections are all being catalogued, and will shortly be discoverable via the University of Kent Library catalogues.  But if you are interested to know more about the content of the collections, or to view and consult material please let us know via standup@kent.ac.uk. We’ve also got some really exciting new deposits and partnerships for the archive coming up this autumn so do check back in with us for more information!