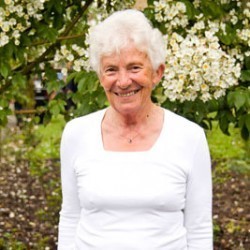 Penelope Reilly, an MPhil graduate in Hispanic Studies from the Department of Modern Languages, has published an article based upon her postgraduate research, entitled: “The Journeys of the Magi: A Textual Analysis of Two Epiphany Autos in Sixteenth Century Mexico” in the journal Franciscan Studies.

Her article focuses on aspects of the early interaction between the Franciscan friars and the indigenous people of Mexico in the early 16th century and on the religious plays called autos. The article focuses on La Adoración de los Reyes and La Comedia de los Reyes, comparing the texts in terms of language, construction, characterisation and presentation. The article examines the history of the story of the Epiphany and why it held such resonances for the Aztecs. It explores the tradition and evolution of European religious theatre out of which the Mexican autos sprang and how the Franciscans used drama as an evangelising tool. It concludes with a reflection on what the autos reveal about the Franciscans themselves, about their principal beliefs, the nature of their mission, their relations with the indigenous people and about the Franciscan identity.

In addition to her academic research, Penelope is also a successful children’s author, having published Sprat the Cat, Hervé the Campsite Cat, and Magnus the Mouse.

Penelope’s supervisor, Dr William Rowlandson, Senior Lecturer in Hispanic Studies, who encouraged the writing of the article, is delighted with the publication and looks forward to the next submission.