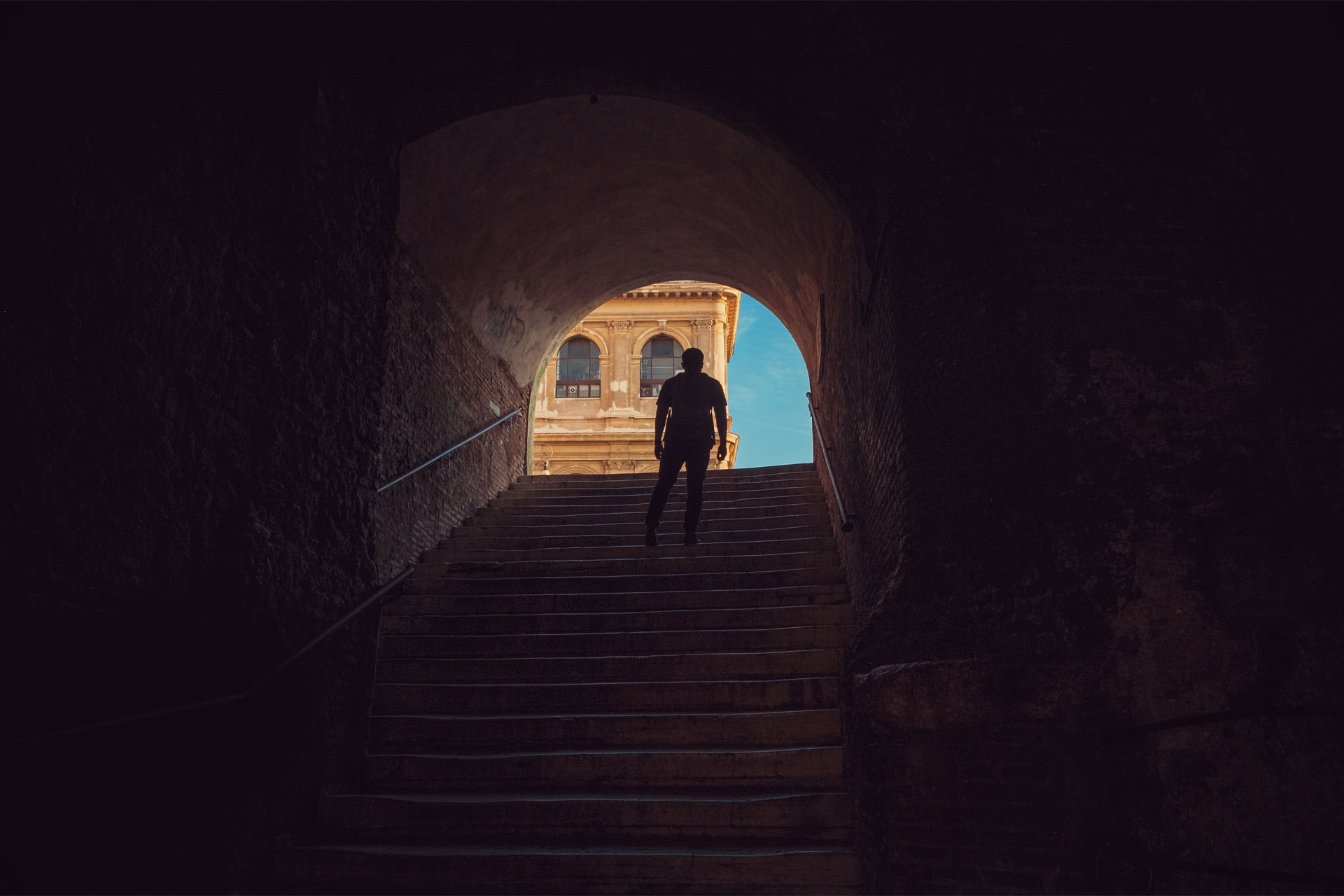 Current Philosophy student, Daniel Terry, reflects on the past year. This blog post is the result of the six-week Pandemic Philosophy Project conducted by Head of Department, Dr Graeme A. Forbes and philosophy students at Kent.

For a philosophy student, isolation can be a blessing and a curse. “A blessing, for sure” I thought as I headed out of my last Stage 1 lecture back in March 2020, “Philosophy is probably best done within the familiar walls of my own head anyway.” Back then, it was all too easy to believe in that age-old stereotype of what you might call ‘the philosopher in their natural habitat’: red armchair, fireplace, book in hand, alone. So, I went about embracing the country’s lockdown announcement with welcome arms. “Hunker down and do philosophy!” Mr Johnson seemed to tell me on the news. And so I did. How did that go? Not as well as I had hoped.

It didn’t really take long for my confidence to crack, in all honesty. Beneath the readiness to tackle studying in a new setting, I had no idea how to make sense of the whole thing. Moreover, I had no idea how to even feel about it from the outset. The prospect of ploughing on with reading philosophy, in truth, simply stepped in for an unsettling inability to gauge the severity and likely consequences of a new virus, a national lockdown, and remote learning. There was no ‘global disaster’ to fork out of my memory for guidance, meaning every thought I had about the future of Covid played an endless game of ping-pong with itself in my head. Watching your worries go back and forth like that is manageable for a while, but eventually it takes a toll. To be specific, my ability to maintain focus on my studies – something I actually wagered would improve in isolation – became more difficult with each passing week. It’s worth pointing out that only now, with the benefit of hindsight, is it clear I wasn’t the only one dealing with this problem.

Consider this: when we refer to ‘uncharted waters’ on a map, we mean that the part of the map we’re talking about is still being figured out. And by ‘figured out’ I mean that we’re still communicating between ourselves about what’s out there and how we’d go about navigating it. This is, very broadly, what philosopher Donald Davidson in his work calls ‘triangulation’ – the idea that forming concepts about the world requires us, among other things, to engage and communicate with the other people we share the world with. We keep confusion about the world at arm’s length by exchanging and comparing our descriptions of it with descriptions made by those around us. Whether people smile or frown at your descriptions isn’t important; what matters is that you’ve got some kind of intelligible response that you can work with at all. How much does this have to do with Covid and isolation? A lot.

As our familiar social habits become distorted by isolation, so too does the way in which we communicate with one another. In spite of their boons, not even Zoom and Microsoft Teams tick all the boxes here. The problem isn’t that it has been impossible to communicate in isolation full stop, but rather that communicating what emotional state we’re in has become a whole lot harder. The subtle signals we deal in when we socialise in person, from reassuring smiles to worried eyes, play an essential role in how we – to draw on Davidson – emotionally triangulate ourselves in the face of the unknown. In other words, when we’re clueless over how to feel in the wake of a global pandemic, we need these signals to provide a rough guide. Without them, there’s never an answer to the question ‘Should I be worried, relaxed, or something in between?’, which, as a result, turns our heads into echo-chambers recycling the same anxious thoughts over and over.

To those still wrestling with anxious thoughts of this kind, the news that in-person interaction is making a return might not have the ring of relief to it. The truth is that, having gone so long without the ability to emotionally triangulate, many of us are going to feel off-balance walking fresh into a crowded room again. I can’t fault that feeling – it’s simply the unwanted cost of having lived a year with no social legroom. But, it’s a cost that I’m personally determined to make up for. Overcoming the effects of isolation will mean stepping back into communal life blindly in spite of the temptation to throw the towel in and stay indoors. It means being ready to communicate with one another openly in the knowledge that everyone is resurfacing with the same cautious steps. For those students who feel more reclusive than ever this year, doing this will sound awful. But I sincerely encourage you, from one ex-isolated student to another, to try. I just as much encourage those who weathered isolation better than most to try to be mindful of the mental hurdles blocking others from interacting with a room full of faces this time around. Socialising after the last year will be tough and, at times, it’ll feel incredibly awkward, but it’ll be worth it. We’re facing uncharted waters again, only this time we’ve got the opportunity to navigate it.