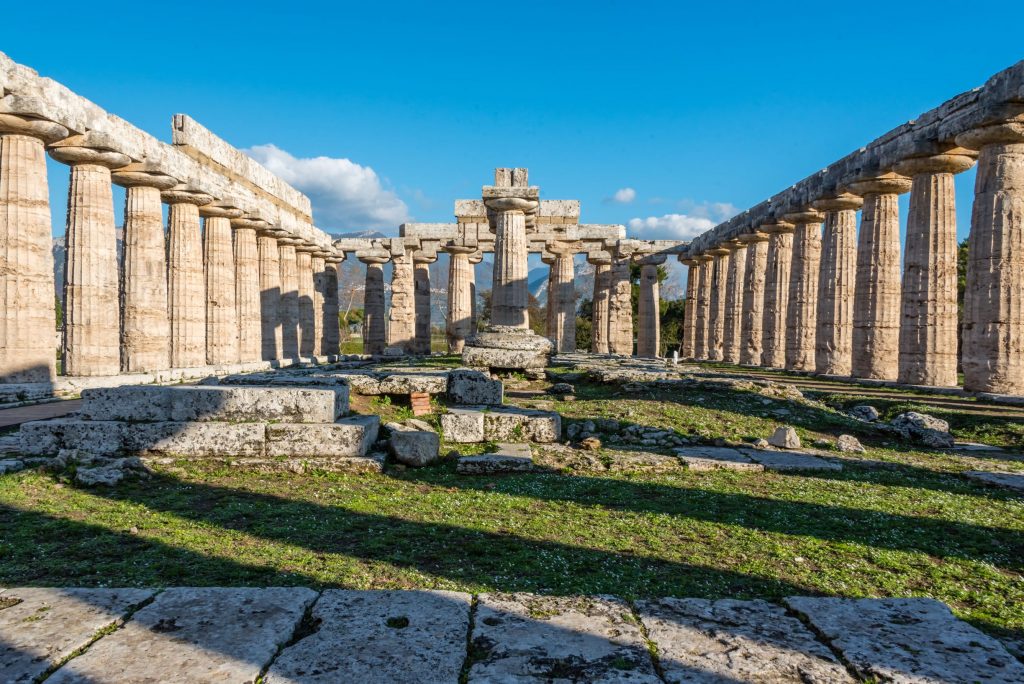 Introducing the Department of Classical and Archaeological Studies’ ‘Ancient Plagues’ series, Lecturer in Roman History Dr Christopher Burden-Strevens presents us with a valuable reminder of how healthcare and social policy advances have transformed our responses to plague outbreaks. He said:

‘Roman responses to disease were similar to our own in a few ways, but were of course primitive. The Romans understood the relationship between disease and heat: the Senate shut every summer and its members, wealthy senators, took themselves to the country (especially gentle seaside regions like Campania, literally ‘the countryside’). This tendency lives on in cities with easy access to coasts, such as Paris and Zagreb, from which thousands commute to the seaside for summer— now for the purpose of leisure rather than disease prevention. That change alone is a mark of human development.

‘The Romans also generally understood the relationship between health and cleanliness. They believed, at least, that their famous sewers and aqueducts were almost as old as the city itself.  Baths, too, were practically a public service: widespread and extremely cheap.

‘Despite these measures, outbreaks of plague were annual. Malaria was endemic: seasonal flooding of the Tiber would periodically inundate the lower-lying regions of Rome, and the stagnant water was a paradise for malarial mosquitoes. The thermal water of public baths was emptied rarely and only by hand, creating a breeding-ground for bacteria.

‘Infant mortality was appallingly high: you could expect to live to your 60s or 70s if you made it to 18, but accounting for all those who did not, the mean average life expectancy was closer to 30.

‘This fact led to attitudes that would horrify us today. Osteological evidence suggests boys were prioritised for breastfeeding over girls; it was also common for un-affordable infants to be abandoned. Disease was inescapable and routine: tens of thousands died of malaria and cholera in the city of Rome every year. This was considered typical, so much so that our ancient sources, like the historian Cassius Dio, only noted outbreaks if they were of extraordinarily greater magnitude.

‘One such outbreak was the decade-long Antonine Plague, beginning approximately in 165 AD. The more radical estimates suggest that it obliterated Rome’s population, killing over half the Empire’s inhabitants. If anywhere near accurate, that is tens of millions of people. Working from home, self-isolation, and lock-down were not feasible options. Herbalists and physicians such as Galen and Celsus were active within Rome in the first and second centuries AD. They left evidence of ancient treatments ranging from the innocuous, such as herbal remedies, to the invasive: primitive surgery and even burning away infected areas through a process known as cautery. Only a tiny minority could hope for professional medical treatment: for the majority, home remedies, amulets, and prayer were their only options.

‘It is a grim and sobering picture, yet this explains (as our ‘Ancient Plagues’ video series shows) why ancient Greeks and Romans placed such an emphasis on coping with suffering. Lucretius wrote on the consolation of friendship. The people of Greek states such as Athens and Figaleia dedicated temples in thanksgiving for their survival. The earliest Christians held up models of strength in suffering such as Saint Sebastian. These examples encourage us to hope and to resilience today too. Rome and its people lived on. If the ancient Romans did it, so can the modern world.’

The Department of Classical and Archaeological Studies’ ‘Ancient Plagues’ series can be viewed here.