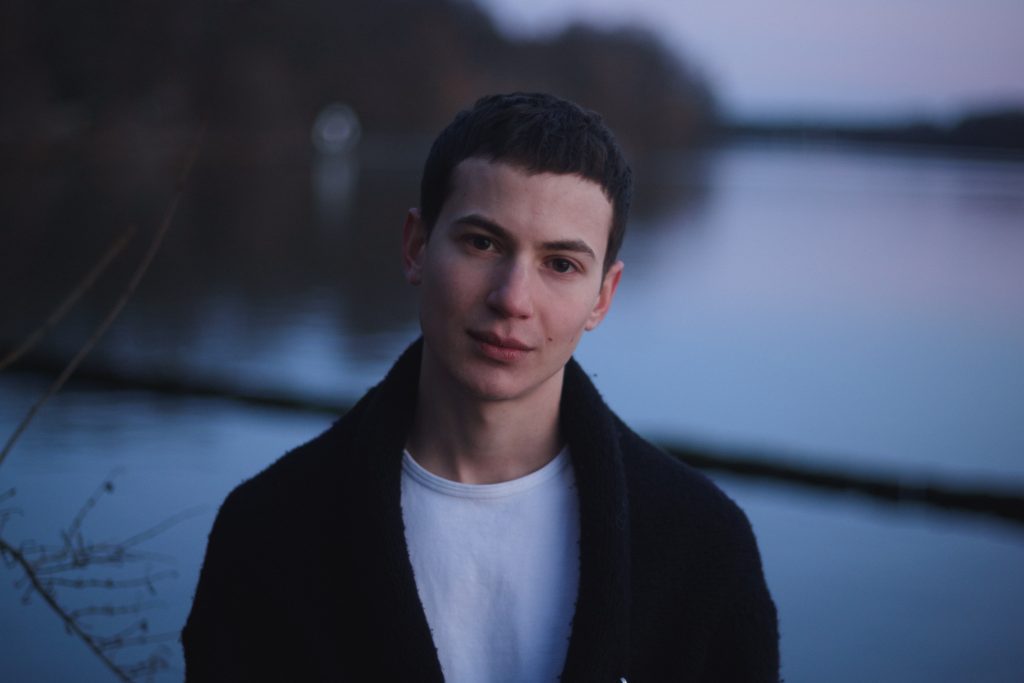 Joshua graduated in 2015 with a BA (Hons) in Comparative Literature and Philosophy and is now Editorial Lead at Ecosia. He works with a multidisciplinary, creative team to build a brand that moves, informs and grows one of the world‘s largest environmentalist audiences — through multimedia storytelling and innovative marketing campaigns.

Later, I worked for the Ministry of Foreign Affairs, auditing international development projects and managing grants. Three years ago, I moved to Berlin, where I still live. I work for a tech startup, called Ecosia, that uses its profits to plant millions of trees where they are most urgently needed. I started out as a multimedia content creator, travelling around the world to document the company’s tree-planting projects.

What are you doing now?
I’m now Ecosia’s editorial lead, which means that I work with a multidisciplinary, creative team to build a brand that moves, informs and grows one of the world’s largest environmentalist audiences — through multi-media storytelling, multi-channel marketing campaigns, and activism. I also spend a lot of time thinking about what the company should talk about, as well as when and how it should talk about it. Finally, I’m still producing some articles, photography and videos for Ecosia’s users – all 15 million of them.

What do you enjoy about your work?
I love working for a purpose-led, not-for-profit organisation that nonetheless moves with the speed, agility, and drive of a for-profit startup.

Do you have a typical working day?
Every day is different, but each Monday morning is similar! I get together with my team to think about what content or marketing campaigns to run that week.

How do you think your degree helped you to find work?
It helped me find work in the sense that I probably wouldn’t have been hired without a degree. My professors at Kent also prepared me well for my postgraduate degree, where I received the Matthew Buncombe Prize for ‘best overall performance’.

Did you spend a year in industry or abroad?
Yes, I spent one year in Paris, where I studied at the Ecole normale supérieure and the Sorbonne. The former has an exchange agreement with only very few universities in the UK – fortunately, Kent is one of them.

Did you take part in any volunteering activities?
I was a member of five societies at Kent, which contributed substantially to my personal wellbeing. In the context of a comparative literature course led by Professor Axel Stähler, my classmates and I organised several events for Holocaust Memorial Day.

How has your time at Kent helped you in your career?
I profited immensely from my conversations with academics.

What are your plans for the future?
I have no concrete plans, but I aim to do stimulating, creative work on causes that matter to me.

What would you recommend about studying at Kent?
Kent is a welcoming, well-organised, and social space that offers fascinating courses led by outstanding academics.

Any favourite memories of Kent you’d like to share?
Talking about Descartes with a friend and a professor while drinking sherry! I also attended some memorable house parties.

Any advice for prospective students?
Do your reading (all of it) and talk to your professors and seminar leaders. The return on this investment pays off many times over. Join societies if you feel like socialising. After graduating, you will spend about 80,000 hours in your career. Think about what kind of work would support your personal well-being, but also consider the ethical impact of that career. Most importantly, don’t always listen to advice.