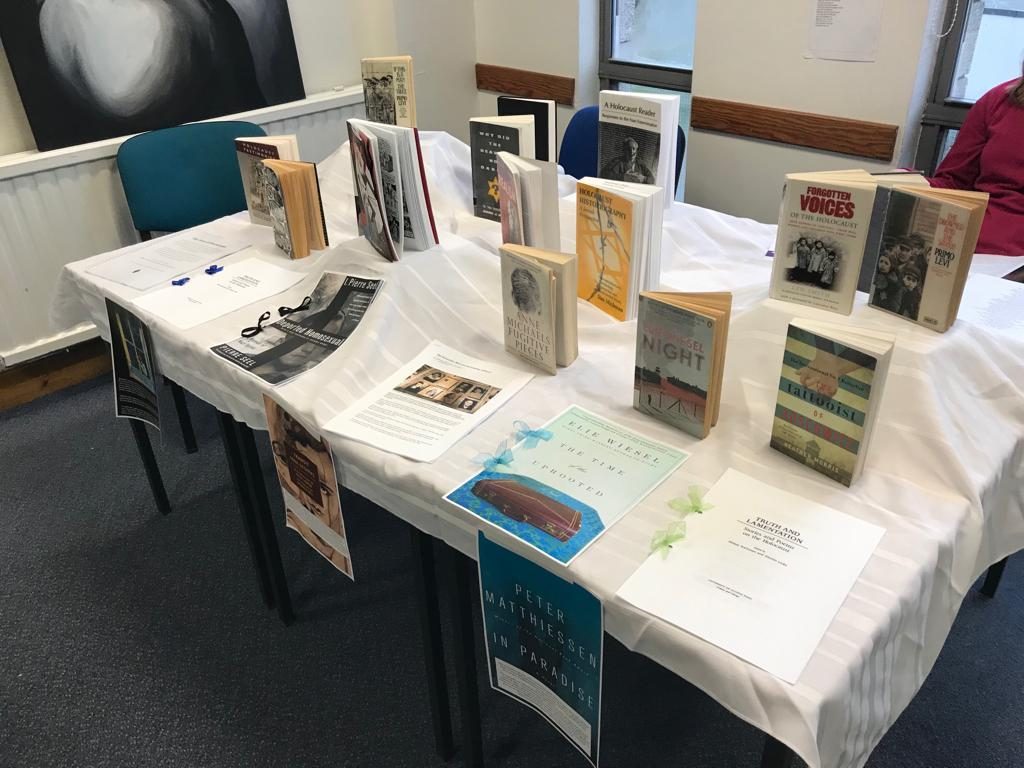 University of Kent students studying the ‘Shoah’ module, as well as the Comparative Literature student society, recently organised a week of Holocaust Memorial events, including a reception titled ‘Reflection on identity’.

Professor Axel Stähler, who convenes the module, said: ‘The events organised by the students of ‘The Shoah in Literature, Film and Culture’ have once again shown how important literature is for understanding the world and our place in it.’

‘the point was variously made over the past few days that current students are the last generation to have the benefit of living memory of the Holocaust. Literature, with its potential of evoking empathy, both cognitive and emotional, therefore becomes increasingly important as a means of expression that keeps the memory alive.’