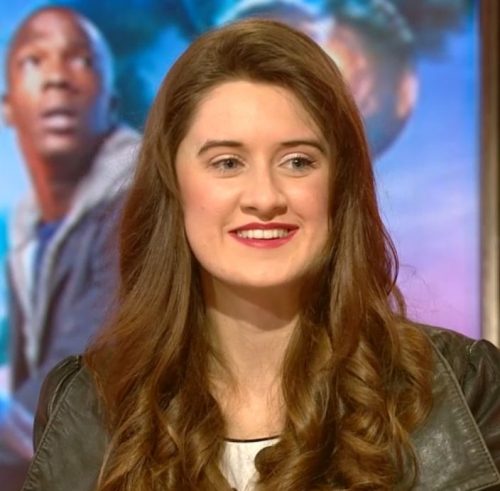 Emily Cook graduated with a degree in English Language & Linguistics in 2015, and is now a freelance writer and broadcast journalist.

Can you describe your work as a writer and broadcast journalist?

My working life as a freelancer is so incredibly varied, which I love. I usually spend several days a week doing ongoing editorial work for Doctor Who Magazine. Some days I’m out and about meeting all sorts of amazing people for interviews (this is one of my favourite things to do). I then have to spend time (usually in a coffee shop) transcribing and writing up those interviews into features.

I also work with BBC Radio Kent, undertaking assistant producer and broadcast journalist roles on an ad-hoc basis. This involves either being part of the team producing a live radio show or working in the newsroom, setting up stories and guests for an upcoming programme.

Did your degree help you to reach your career goals?

Once I’d learnt the foundations of language, I really enjoyed studying how language works in the media. I didn’t realise I had such an interest in the media until I was at uni, actually. Both language and the media are things we encounter and use every day, and so studying them in relation to each other seemed very relevant. I also found it fascinating to learn about the history and evolution of British English.

The practical skills I learnt during the Writing in the Media module have been the most useful in my career so far. Having an understanding of the different linguistic techniques involved in review writing, feature writing, interviewing etc, is something I’ve been able to apply to the magazine writing I do.

As part of the module we had to put together a magazine portfolio. I’d enjoyed the project so much that I wanted to take things to the next level and get some work experience to see if I’d suit a job in that field. I managed to arrange a week’s placement at Doctor Who Magazine (I’m a big Doctor Who fan!). During that week I undertook basic editorial tasks and even received my first ever magazine credit, which I was chuffed to bits with. That work experience confirmed my interest in working in the media and it completely changed the course of my career… several months later, the magazine got back in touch to offer me a job once I’d finished my Master’s degree.

More generally, my course also taught me how to think critically and analytically, which is also something I try to make good use of in my working life.

What was it about Kent that initially appealed to you?

I knew that I wanted to study an English Language & Linguistics course at university, but what particularly attracted me to Kent was the fact that it incorporated the scientific, historic and creative elements of language study into one degree.

The modules on offer covered phonetics, phonology, semantics and pragmatics but also included topics like the history of British English, English language in the media and first language acquisition. That breadth of study really appealed to me. The other thing that attracted me to Kent was the campus; the Canterbury campus is absolutely beautiful and has a wonderful atmosphere. During my first open day I felt very at home there and very quickly knew it was the right place for me.

What are your plans for the future?

I have aspirations to continue and progress doing more work in the media. However I don’t have any specific plans at the moment. Throughout secondary school, I had a very specific career plan to become a teacher and I was dead set on that happening. But university taught me to be open to new and different possibilities. It led me into a career I never planned myself to have – but it’s a career which suits me perfectly. So my plan now is to just continue working hard and seeking opportunities and I’ll see where life takes me!

If you’re seriously considering Kent, make sure you visit if you can. Then when you’re there, see how you feel about the place. When I visited the campus properly for the first time I was surprised at how immediately at home I felt. And that was ultimately the thing which sold it to me.