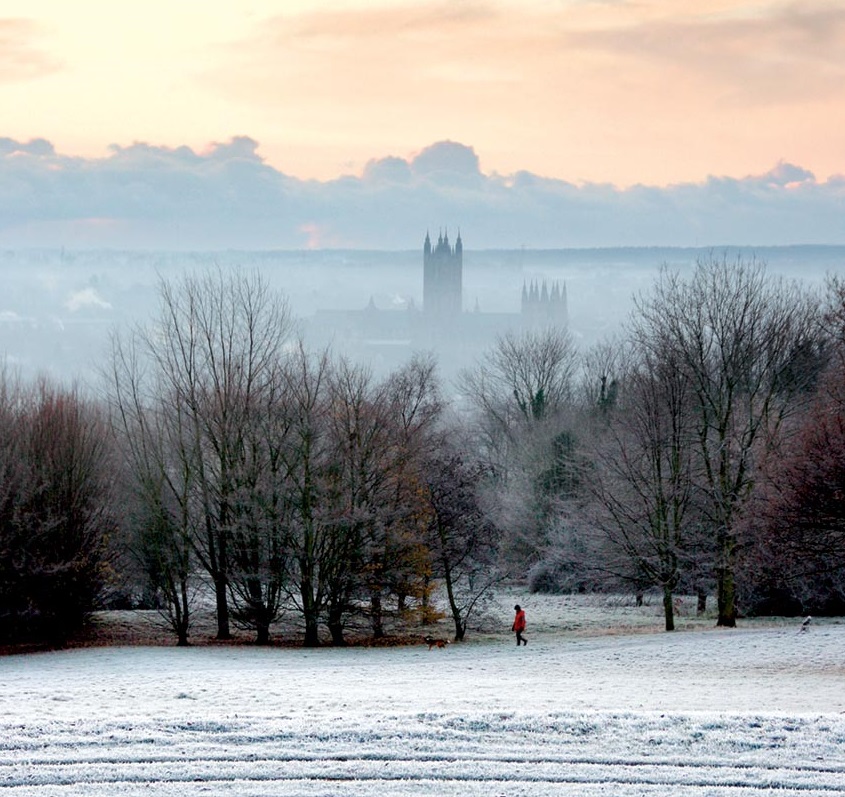 We asked our lecturers what they would recommend for budding Classicists, Ancient Historians and Archaeologists to get stuck into over Christmas, and here’s what they came up with:

Christopher Burden-Strevens, Lecturer in Ancient History, says:
If you love Roman history, BBC Radio 4’s In Our Time spotlight programme is a fantastic way to spend 45 minutes refreshing the old and learning the new in conversation with the experts. I was lucky to do my PhD with Catherine Steel, a fantastic Roman historian. Her thoughts on ‘Is Shakespeare History?: The Roman Plays’ the work of Cicero, and the life and times of Julius Caesar are all definitely worth hearing if you’re sick of family TV.

He adds: any budding Roman historians should definitely read Osgood, J. Rome and the Making of a World State (Cambridge University Press 2018).

Rosie Wyles, Lecturer in Classical History and Literature, says:
I recommend the discussion of Sophocles’ Antigone on BBC World Service as it highlights how and why Greek tragedy is still so powerful today. The programme looks at contemporary productions of Antigone performed by French prisoners and Syrian women refugees.

Steve Willis, Head of the Department of Classical & Archaeological Studies, recommends some books to whet your archaeological appetite:
Carver, M. 2009. Archaeological Investigation.
Pryor, F. 2004. Britain BC: Life in Britain and Ireland before the Romans, or his Making of the British Landscape
These are two of my favourite commentators on the past as they combine knowledge and experience with an accessible writing style that is thoughtful and enlivening. Francis Pryor is often on TV and in the media providing expert insight, whilst Martin Carver is a renowned excavator and subject leader: always good to listen to and read.

Just published this autumn is this other great read: Julius Caesar: Rome’s Greatest Warlord. Its a gripping pacey journey through the extraordinary life and times of this central personality of the Roman world. For a short book it manages to be rich on facts while exploring and explaining the vivid story this remarkable man.

Kelli Rudolph, Lecturer in Classics and Philosophy, recommends some fun reading in the form of modern takes on Ancient Greek mythical and literary characters:
Why not try Lavinia by Ursula LeGuin, Circe by Madeline Miller or Homefire by Kamila Shamsie?

Dr Ada Nifosi, Lecturer in Ancient History, with a focus on Egypt, recommends a book and a film:
Women and Society in Greco-Roman Egypt, by Rowlandson, is an amazing source book on women’s life in Hellenistic and Roman Egypt studied through private letters, objects and official documents. This book opened my mind and inspired my research on women and children in the ancient world.

Agora (2009), directed by Alejandro Amenábar, is one of the best historical films I have ever seen, with a fascinating reconstruction of late 4th century AD Alexandria.

Matthijs Wibier, Lecturer in Ancient History, says:
If you’re a fan of The Iliad and The Odyssey, you should know that this winter provides you with one of the best opportunities you’ll ever have to learn more about Troy. The British Museum has a marvellous special exhibition called Troy: Myth and Reality (until 8 March 2020). The exhibition includes a slew of spectacular archaeological finds, my favourites being the so-called Nestor’s cup, the Greek Mycenaean pottery found at Troy, and a Hittite tablet seemingly mentioning the city and its ruler.

Whether you have the opportunity to go or not, I warmly recommend Eric Cline’s informative and highly readable The Trojan War: A Very Short Introduction. This little book does an amazing job of putting the Homeric stories in a historical and archaeological context. It is likely to change your perspective on the Trojan War fundamentally, and for the good.