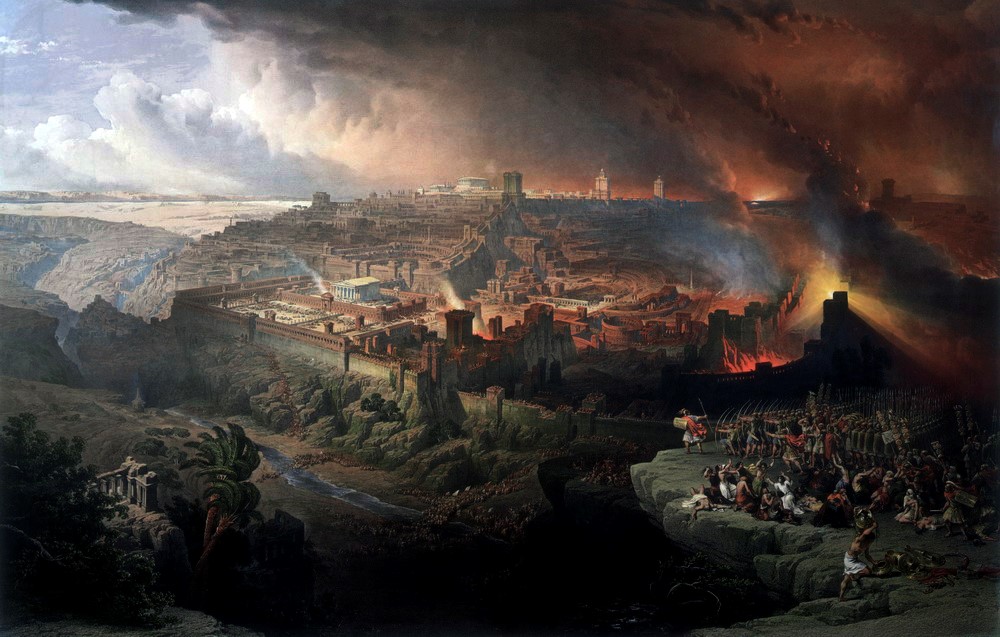 Dr Axel Stähler, Reader in the Department of Comparative Literature, who is currently working on a new Leverhulme Trust funded book project on ‘Jerusalem Destroyed: Literature, Art, and Music in Nineteenth-Century Europe’ gave a lecture entitled ‘Giving the Lie to those “Gloomy Depictions”: Nineteenth-century Jewish Reinterpretations of Josephus’ at the University of Bern in Switzerland. His lecture was scheduled in the context of the newly-established project ‘“Lege Iosephum!” Ways of Reading Josephus in the Latin Middle Ages’ (Swiss National Science Foundation) which supersedes the project ‘The Latin Flavius Josephus in its Christian and Jewish Reception’ at the Walter-Benjamin-Kolleg in Bern.

Ever since it was described in much ‘historical’ detail by the Jewish historian Flavius Josephus, the destruction of Jerusalem and the Second Temple in 70 CE has been considered a pivotal event which initiated with the loss of the Promised Land and the religious centre of Judaism the Jewish diaspora and cemented Christian supersession. The Jews, thus the Christian master narrative, suffered a divine punishment for their rejection of Christ. In his paper, Axel explored the attempts of a writer and a historian of Jewish heritage to challenge and re-write this narrative in mid-nineteenth-century Germany.

Julius Kossarski’s Titus; Or, The Destruction of Jerusalem (1855) was the very first publication of the Institute for the Promotion of Israelite Literature (1855–73), a venture that was of crucial significance to the creation of a Jewish reading public in the German-speaking lands. Within its first year the Institute published also the third volume of Heinrich Graetz’s influential History of the Jews (1856) which covers the period from the Maccabees to the destruction of Jerusalem and thus offers a scholarly complement to Kossarski’s dramatic poem.

In his talk, Axel proposed a comparative reading of both texts in relation to the emerging modern Jewish historiography in nineteenth-century Germany and to conceptions of a Jewish mission among the nations. More specifically, he offered an analysis of the narrative strategies employed in the dramatic poem and the historiographic text to undermine the authority of Josephus in order to validate Jewish existence and particularity in the contemporary present with reference to what has been called ethical monotheism.