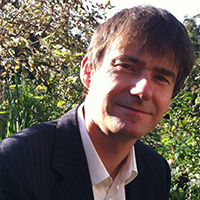 As well as publications, an exhibition and a music project, Professor Gordon Lynch’s work on child migration has led to him serving as an expert witness on the UK’s Independent Inquiry into Child Sexual Abuse.

Between 1869 and 1970, around 100,000 children were sent from the UK to other parts of the British Empire and Commonwealth, without their parents, through government-funded migration schemes delivered by leading charities, churches and religious orders. Although child migrants’ lives varied, much more has become known about the trauma that many experienced through physical and sexual abuse, separation from family members and the impersonal and sometimes exploitative institutions to which many were sent.

Professor Gordon Lynch from the Department of Religious Studies is undertaking a major project funded by the Arts and Humanities Research Council exploring the history of twentieth-century child migration programmes to Australia. This project builds on Professor Lynch’s previous work on this wider history which includes his book Remembering Child Migration, the co-curation of a national exhibition at the V&A Museum of Childhood, his collaboration in setting up a musical project The Ballads of Child Migration, and serving as an expert witness for the Independent Inquiry into Child Sexual Abuse.

A central focus of this project is on post-war child migration programmes to Australia operated in the context of wider policy initiatives intended to raise standards of children’s out-of-home care following the 1946 Curtis Report. By exploring how these programmes came to resume and continue for many years despite government knowledge of their shortcomings against ‘Curtis’ standards, the project explores how systems and cultures of governance contributed to failures in children’s care. A monograph based on this research is due to be published in Palgrave’s series on Studies in the History of Childhood.

The project also involves an examination of wider issues arising out of the case of the child migration schemes. Other publications to be developed from this work include a discussion of how moral cultures of Christian organisations can contribute to poor institutional responses to child sexual abuse, how the history of Catholic child migration schemes could be understood with reference to principles of transitional justice, and the social and political conditions that made the Curtis Report such an influential policy document for the post-war welfare state.

In addition to these academic publications, Professor Lynch has also helped to deliver a national tour of The Ballads of Child Migration which was the subject of an episode of the BBC Radio 2 Folk Show with Mark Radcliffe broadcast in January 2019. He has also been appointed as an expert witness for the Scottish Child Abuse Inquiry’s investigation of the abuse of child migrants from Scotland.

As part of his AHRC Leadership Fellows award, Professor Lynch is also running a series of events that will bring together researchers looking at issues on religion and abuse, the uses of history in child abuse inquiries (in collaboration with the History and Policy network) and the relationship between historical research and transitional justice.