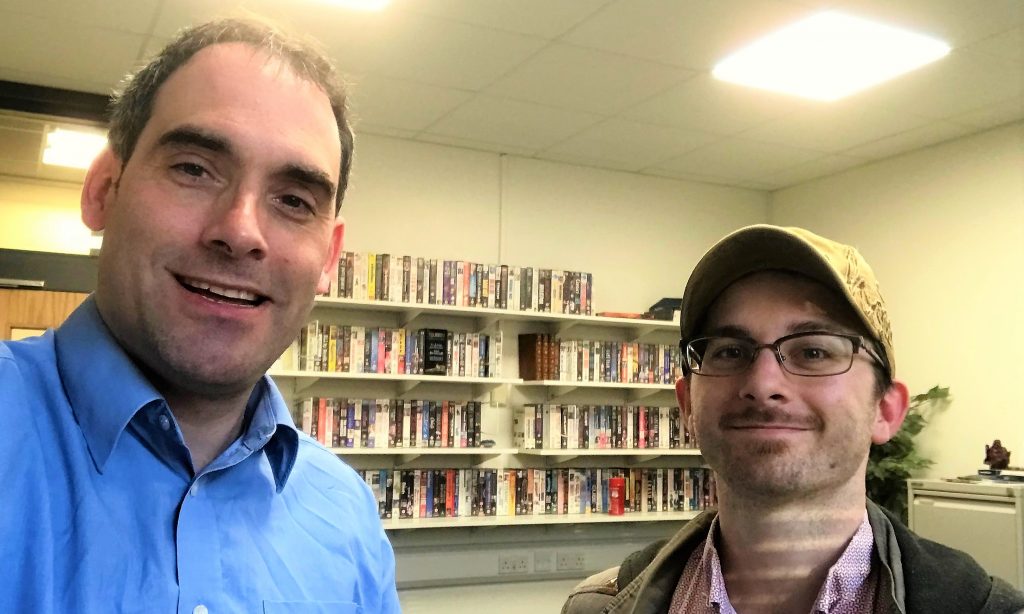 In this week’s episode, Chris interviews Taylor Weaver, research student in the Department of Religious Studies.

Taylor talks about his journey from Texas to Canterbury in order to undertake a PhD, he recalls an early memory of getting into a fight with his brother, and explains why it was never possible in the South to escape religion. He also talks about being radicalized by leftist intellectuals, his early appreciation for the music of ‘Lynyrd Skynyrd’, why playing video games with a friend is especially bittersweet for him, how he wanted to be in the marines, and even dreamed of becoming a rock star.