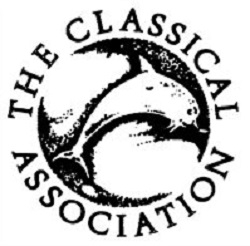 The 2017 UK Classical Association Conference took place at the University of Kent on 26-29 April 2017. Co-organised by Dr Anne Alwis, Dr Patty Baker and Dr Dunstan Lowe from the Department of Classical & Archaeological Studies, in conjunction with the Open University, the conference was deemed a great success by the Classical Association council, and had over 370 delegates from continental Europe, the United States and Australia, who attended and gave papers.

The event was supported by 20 student helpers from both Universities and other members of the department also participated including Dr Rosie Wyles, Professor Ray Laurence, Dr Sophia Labadi and Dr Steve Willis.

After the conference, the University of Leiden‘s Press, Brill, gave a large donation of books to the Templeman Library in support of the department. The books cover areas of ancient history, philosophy, mythology, literature and language.