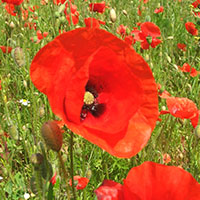 The First World War study day held on Friday 30 March and organised by the Department of German saw the launch of Gateways to the First World War, one of five AHRC-funded centres designed to enhance public engagement and mark the centenary of the conflict. Gateways is based at the University of Kent and brings together a team of researchers from the Universities of Portsmouth, Brighton, Greenwich, Leeds and Queen Mary, London. One of the key aims of the Gateways project is to encourage academics and the wider public to work together to discover connections between the local and the global during the First World War.

The First World War study day provided fascinating debate and discussion on the First World War and its commemoration and included a panel discussion chaired by the event’s organiser, Dr Deborah Holmes, Head of the Department of German, and featuring Dr Emil Brix, Austria’s Ambassador to the UK, Dr Suzanne Bardgett, the Imperial War Museum’s Director of Research, and Dominiek Dendooven of In Flanders Fields Museum, Belgium. The panel discussed both the problems and benefits of commemorating an event often complicated by ‘contested memories’. Dr Brix expressed his belief in the importance of European collaboration in the commemoration of the war.

The panel discussion was followed by an illustrated lecture by Director of Gateways’ Professor Mark Connelly, of the School of History and the events co-organiser Dr Heide Kunzelmann, of the German Department, presenting photographs taken of troop mobilisation and prisoners of war in 1914 by Dr Kunzelmann’s great-grandfather, a medical officer in the Habsburg Army.

Further details of Gateways to the First World War and the study day, including photographs, are available on the following site:
http://blogs.kent.ac.uk/gateways/2014/06/05/launch-of-gateways-to-the-first-world-war-friday-30th-may-2014/