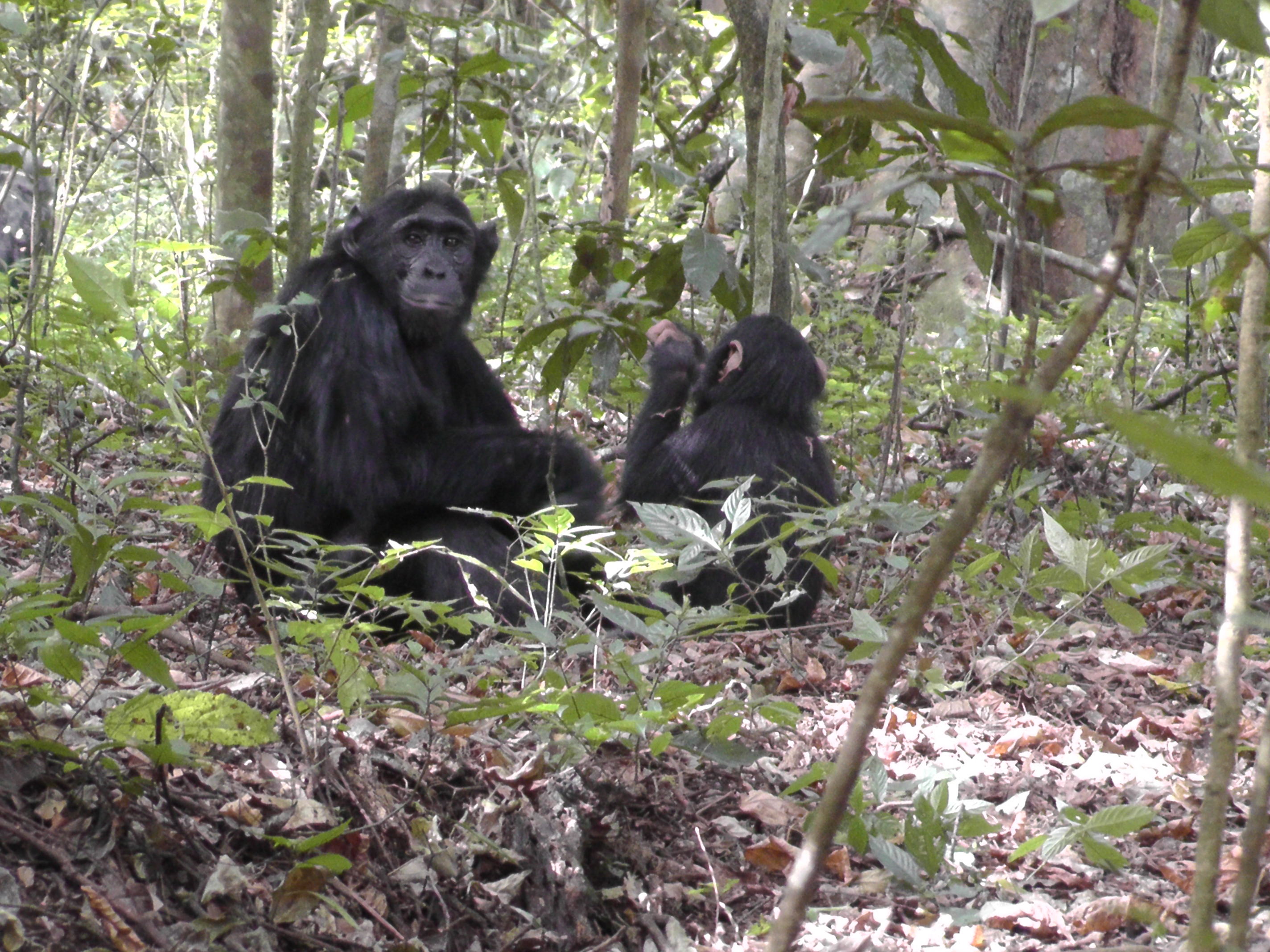 Research by Kent and the University of St Andrews has found that rainforest chimpanzees are digging wells for cleaner water and that the behaviour is spreading.

The research published by Primates was led by Hella Péter (a Biological Anthropology PhD student at Kent’s School of Anthropology and Conservation) alongside Dr Catherine Hobaiter and Professor Klaus Zuberbühler (both St Andrews’ School of Psychology and Neuroscience).

Digging small wells to access or filter drinking water is a relatively rare behaviour in the animal kingdom – only a handful of species have been documented to do so, and most of those live in very arid or desert regions. This is the first time the well-digging behaviour has been observed in rainforest chimpanzees, and it is believed to have been introduced to the community by an immigrant female chimpanzee.

Researchers analysed the behaviour of rainforest chimpanzees in the Waibira community of East African Chimpanzees in Uganda to establish their findings. The well-digging was first observed in Onyofi, a young immigrant female who arrived in 2015 and was immediately very proficient, suggesting she perhaps grew up in a well-digging community. Since then several other young Waibira chimpanzees and adult females have been seen digging wells. No adult males were observed digging, however, they regularly use the wells dug by others.

Onyofi’s well-digging attracted a lot of attention from the other chimpanzees in the group, and she was carefully watched both by young chimps and other adults, suggesting that when she arrived the behaviour was novel to the Waibira community. Her wells seem popular, with other chimpanzees drinking from them directly, or using chewed up leaves or moss, demonstrating that there seems to be some added benefit to well-water.

The presence of the behaviour also highlights the importance of water as a resource, even for rainforest living populations. With increasing change in the climate, behavioural adaptations to changes in rainfall may allow groups like Waibira to continue to thrive even when their local habitat starts to change.

’Well digging is usually done to access water in very dry habitats’ Hella told us ‘ – in chimpanzees, we only know about three savannah living groups who do so.’

’What we’ve seen in Waibira is a bit different from those groups. First, they live in a rainforest, so most people assume getting water shouldn’t be a challenge – but it looks like the yearly few months of dry season is enough to cause some trouble for them! What’s also interesting is that the wells all appear next to open water, so the purpose of them is likely filtering, not reaching the water – the chimpanzees might get cleaner or differently flavoured water from a well, which is fascinating.’

Dr Hobaiter added: ’One of the most interesting things was seeing the other chimpanzees’ responses to Onyofi’s digging – even large dominant males would politely wait for her to finish digging and drinking, and only then go and borrow her well, which is pretty unusual around such a valuable resource.

’We’re curious to see what happens once some of the young males who can dig grow older – maybe they will be acceptable teachers for the big males, and they’ll stop relying on others to dig wells for them.’