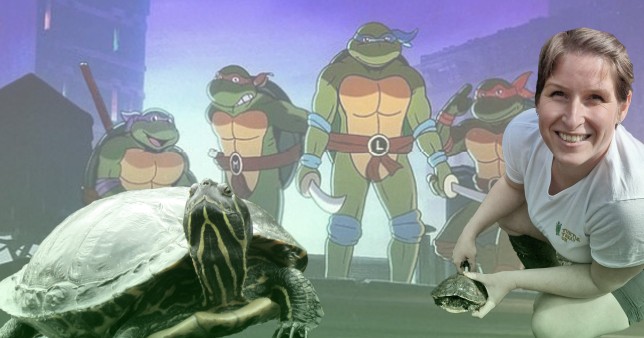 PhD candidate Suzie Simpson and her project The Turtle Tally feature in the Metro, discussing how non native terrapins are surviving the English climate and habitat.

Suzie Simpson, PhD candidate at Durrell Institute of Conservation and Ecology (DICE) is project lead at Turtle Tally UK – which tracks the number of terrapins across the nation, asking the public to report sightings of terrapins (North American native freshwater turtles) in the UK.

The Metro (24 Apr 2022) reports on a population increase and speculates on potential adaptations that terrapins may have made in order to survive.

‘Previously, there have been reports of terrapins scoffing baby ducklings, snacking on bird eggs and gorging on tadpoles.’ the article reads. Simpson sets them straight:

‘No research had really been done into terrapins before, we wanted to find out what is going on with the terrapins. The data we collect is usually of smaller numbers, of single animals in parks or ponds on logs or on banks where they are heating themselves up.

‘There is no solid evidence yet of them taking animals like small ducks. Doing that would take up a lot of energy. But they are definitely opportunistic omnivores, if they come across a dead fish or duckling carcass then they would eat them.’

Suzie Simpson is studying MSc and PhD in biodiversity management.