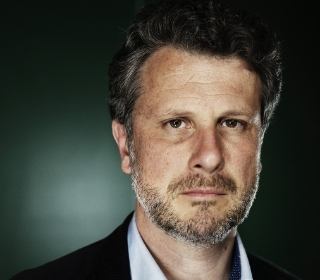 After experiencing the SARS outbreak in 2003, Hong Kong, Singapore, and Taiwan all invested in various techniques to mitigate future pandemics involving myriad cross-species interactions between humans and birds. In some locations microbiologists allied with veterinarians and birdwatchers to follow the mutations of flu viruses in birds and humans and create preparedness strategies, while in others, public health officials worked toward preventing pandemics by killing thousands of birds. Analyzing how the anticipation of bird flu pandemics has changed relations between birds and humans in China, I show that varied strategies dealing with the threat of pandemics—stockpiling vaccines and samples in Taiwan, simulating pandemics in Singapore, and monitoring viruses and disease vectors in Hong Kong—reflect local geopolitical relations to mainland China. I conclude my talk with reflections on the relations between humans and bats in China at the time of Covid-19.

Frédéric Keck is Director of the Laboratoire d’Anthropologie Sociale based at the Collège de France in Paris.

Prof. Keck studied philosophy at the École Normale Supérieure and at the Université Lille III, as well as anthropology at the University of California Berkeley.  After joining the CNRS in 2005, he carried out ethnographic studies on health crises relating to animal diseases: BSE, SARS, and “avian” and “swine” flu. His work, at the interface between the history of science, the sociology of risk, and the anthropology of nature, more generally addresses the “bio-security” standards applied to humans and animals, as well as the forecasting methods that they produce with respect to health and ecological disasters. This research has led to the publication of articles, journal editions and edited collections in French and English, as well as two books: Un Monde Grippé (Flammarion, 2010) and Avian Reservoirs, (Duke University Press, 2019).

He was a laureate of the Fondation Fyssen in 2007, received the CNRS bronze medal in 2011, and was a fellow of the Canadian Institute for Advanced Research in 2015. He directed the research and teaching department at the Musée du quai Branly between 2014 and 2018. He has been the director of the Laboratory for Social Anthropology since January 2019. Since the start of the COVID-19 pandemic, Prof Keck has been in high demand around the world, providing an anthropological perspective on its potential origins and the course it has taken.

The Stirling Lecture is held annually in honour of Professor Paul Stirling (1920-1998), the founding Professor of Sociology and Social Anthropology at Kent in 1965. Paul Stirling did ethnographic research in two Anatolian villages between 1949 and 1994. His research focused on Turkish village life, pioneering ethnographic studies of change, development and applied anthropology. Prof Chris Hann recognized him as “the outstanding anthropologist of the making of a modern Turkey, and of the processes of modernization.” In 1998, Prof Michael Fischer worked with Prof. Stirling to archive all his fieldnotes and other material, now available to all for research and teaching purposes.