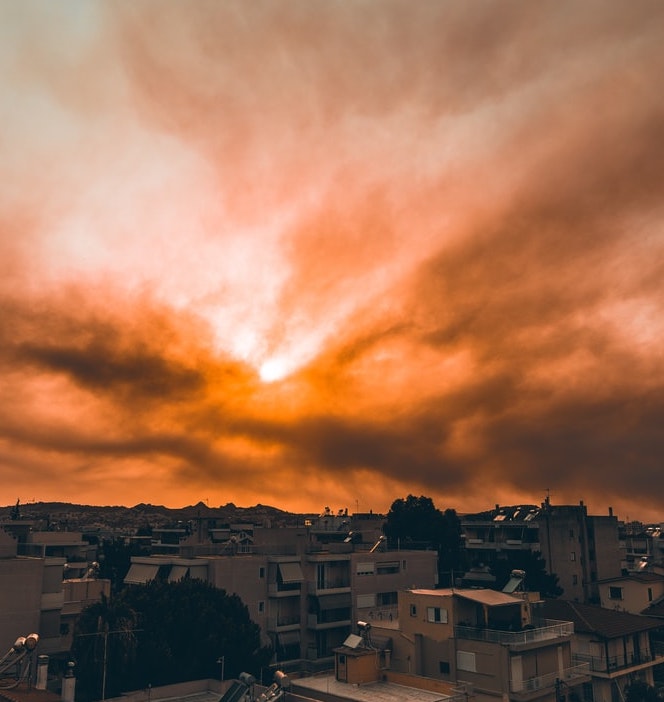 ‘You’ve seen the fires, you’ve seen the floods, you’ve read the news reports. You’re scared. And now you want to do something about it. But what? And how?’ Dr Charlie Gardner, Associate Senior Lecturer at DICE responds to the recent distressing climate change news and suggests what we can each do about it.

‘First of all, Welcome! Whatever gifts or talents you bring, we need them in the climate movement and will put them to good use. we have been waiting for you, and we need you, so welcome aboard. Also, well done! Facing up to this is hard and takes courage. Even thinking about acting is a courageous first step, and you’ve done it! So, give yourself a small (maybe medium) pat on the back.

Let’s start by jumping some of the barriers that hold us back. First, it’s never too late to start – no matter what you have or haven’t done up till now, it’s what you do from now on that matters. So don’t worry about being late to the party, just get ready to dance till dawn. Second, you don’t need to know everything or be able to answer every question. We don’t all need to be scientists, and you have your own knowledge and experience. You know enough to be concerned, and that’s plenty. Third, there is no purity standard to meet. I don’t hugely care if you aren’t vegan and still fly sometimes. What’s important is that you take the action you’re able to. We all have a footprint, don’t let that hold you back .

So now that we’re confident and ready to roll, what can we actually do? As I see it, there are five main things we could and should all be getting on with.

We need to reach social tipping points so leaders have no choice but to take the required action – and that means putting the climate and ecological emergency on everyone’s lips. So…

We’re conditioned to not talk about it- nobody wants to bring down a social occasion or annoy their friends with piety, but we just have to get over these taboos and social norms. It’s hard and makes us uncomfortable, but this is an emergency.’

‘It’s important because person-to-person is the most potent form of communication there is. People can easily dismiss something on the TV or Facebook as unimportant, but you are a real person that they respect or love. They might listen to you. So talk, but don’t focus only on scientific or technical arguments- 420ppm, 1.5C and other such concepts are abstract and difficult to comprehend. They don’t feel real, and they don’t get through on a meaningful level. In any case, our rational brains aren’t even the key player here – our emotions are.

Greta Thunberg showed us this. Decades of technical arguments by scientists didn’t breakthrough, but when Greta started speaking in emotive language, people started listening. We know the facts. What we don’t see is the fear, the grief, the emotional devastation. But they are hugely powerful and persuasive, so use them. ‘Weaponise’ them. Rage and injustice too – it helps turn anguish into motivation to act.

We’ve spoken from the head and been ignored, so speak from the heart a bit more. But we also need to be clever with our communication, as we’re competing with a lot of other stuff out there. So, think about your audience, and craft your messages.

Many people might not think they care about climate change, but they do care about some of its impacts. If they’re into justice, focus on justice. If they garden, talk about plants. Sports, business… this changes everything, and there’s an angle for everyone.

And don’t just focus on the risks and dangers. Climate justice means creating a better world – it will be cleaner, healthier, fairer, and richer. Focusing on opportunities, rather than just challenges, may be more motivating for some. So talk, talk and talk some more – to friends, colleagues, the lady at the bus stop… But also make opportunities to reach beyond your circle- get yourself in the local paper, or on the radio. Do something to get noticed, then let rip. Or if you have a platform, use it. Talk to your political representatives too, loudly and often. Show them what their constituents care about (but then you already knew that).

Push for change in your circles of influence.

Okay, so you’re talking to everyone and pushing for change where you have influence.

Get active, and join a group!

Personally, I believe in civil disobedience, the symbolic refusal to behave and just let it happen to us. We’ve been campaigning politely for decades and have been easy to ignore. It’s beyond time to step it up. So I do stuff with Extinction Rebellion.

If there’s no group in your town, set one up! I started my local group @xrkingslynn and we’ve since done great things. Literally, all it took was setting up a Facebook page and calling a meeting.

I know NVDA seems scary, especially if you only ever see it on the news, but getting involved doesn’t have to mean getting arrested! Most people in the air force aren’t pilots, and most people in XR haven’t blocked a road. Whatever your skills, you can safely put them to good use. If you’re creative, make artwork. If you’re caring, join a wellbeing group. If you write, write press releases.’

Also, much direct action doesn’t risk arrest – think of it as performance art. You can get arrested for breaking the windows of Britain’s dirtiest bank, but I don’t think you can for cleaning them. So get creative! Let’s not limit our civil disobedience to the streets either. Refusing to take that unnecessary work flight, or join in with activities that normalise wastefulness, is disobedience too!

Okay, you can take a break if you like, that’s a lot already! But we’re nearly there and my fourth theme is really short because I don’t know much about it.

Opposing everything wrong is great and all, but it’s not enough.

You’ll notice that one thing I haven’t discussed much so far is reducing our personal carbon footprints. And not just because that’s what most articles and blogs seem to focus on exclusively. Doing so is important, it helps us feel better, and makes us much more legitimate and effective activists – our messages carry greater weight if we also walk the walk. This is particularly important for people with high-carbon lifestyles, like frequent flyers. It’s why I gave up my job leading tours to Madagascar. But not everyone can afford only organic food or do without a car, so don’t let that hold you back. Some fear being labelled a hypocrite but own the label. It’s not possible to exist in the modern world without having a negative impact, and they are not arguing in good faith. They’ll use any excuse to discredit you, so ignore them.

But most importantly, forgive yourself for it. Don’t give yourself a hard time over your inability to eliminate your impacts. Don’t let ‘micro-consumerist boll***’ distract you from bigger battles.

The importance of self-care.

That’s pretty much me done, for now at least. I’m not a veteran activist, I’m no scholar of social change and I’m not a psychologist, so I hope none of what I’ve said is bad advice. And I hope it has been useful for some of you. Thanks for sticking with me! May you feel emboldened, and take inspiration from the great man Macka B: ‘I might not change the world with my views, but I might just light a fuse’.