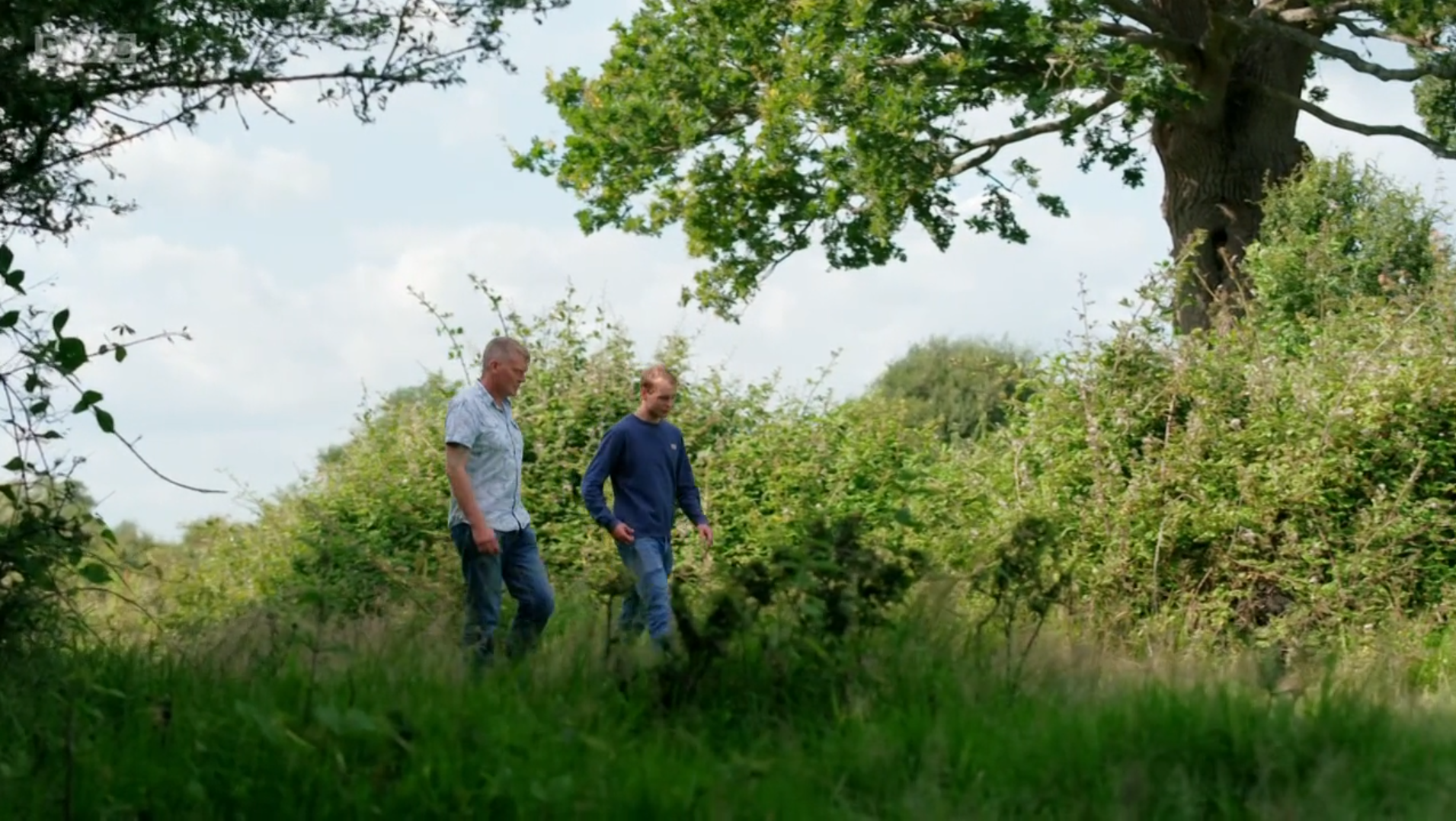 "Sophus and Tim walking" by BBC.

Sophus Zu Ermgassen’s was interviewed for BBC’s Countryfile by one of his heroes, Tim Heap about a controversial algorithm intended to give us a way of preserving nature. The limitations of this biodiversity metric can be illustrated by its use on a new housing development at Knepp nature reserve in Sussex.

University of Kent’s very own PhD Student, Sophus Zu Ermgassen, who specialises as an Ecological Economist, was interviewed for BBC’s Countryfile, on Sunday 15th August 2021, at 6:30pm.

The conversation between BBC’s Countryfile co-presenter, Tom Heap, and Sophus, was based around the usage of the Government’s Biodiversity Metric for a housing development project near the Knepp nature reserve, West Sussex.

In relation to the issues mentioned by the West Sussex Wildlife Trust, Sophus has commented, during the episode of BBC’s Countryfile, “When we are thinking about recovering England’s nature, one of the things many ecologists think about is creating bigger, better, more joined up and connected areas of nature”

Tom Heap later responded by asking the question, “The Government are saying the metric isn’t the only thing that matters, other things will be taken into account- so what’s the problem?”

Sophus responded by warning, “If that is the case, then that would be a really good thing. But we really need to make sure that the metric doesn’t become the be all and end all”.

Despite the comments from the West Sussex Wildlife Trust and the warning from Sophus, the developers of the housing project have responded to these claims by stating that they will create a 5 kilometre long ‘Green Bridge’, with 4.2 kilometres of new hedgerows, whilst protecting the ancient woodlands.

Needless to say, this story looks like a hot topic and worth keeping an eye on… To catch the full episode of Countryfile on BBC iPlayer click HERE . Sophus’ talk with Tom Heap starts 14 minutes and 20 seconds into the episode.