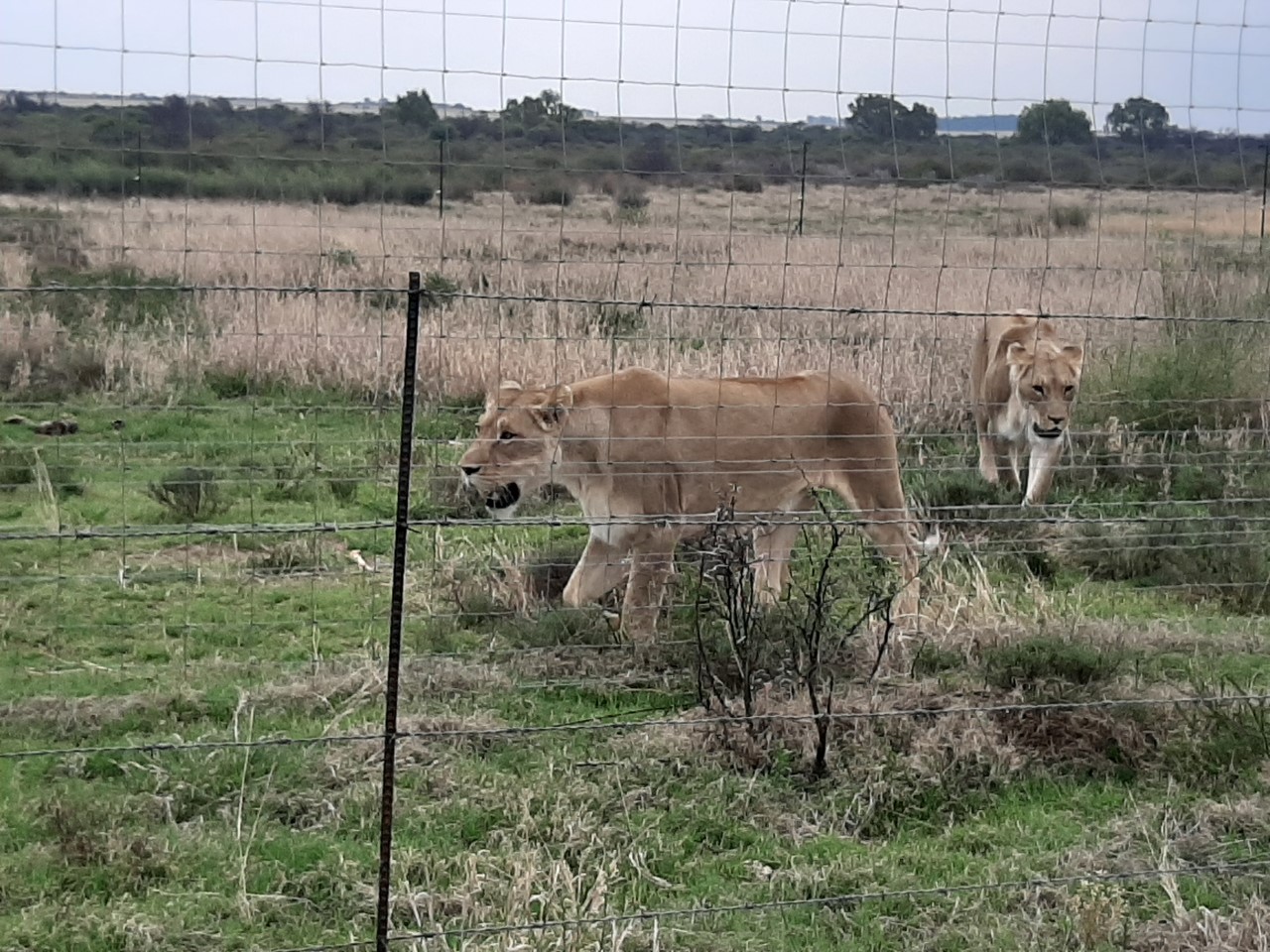 "Lions in captivity" by Tina Hiller.

Tina Hiller graduated with an MSc in Conservation Biology from the School of Anthropology and Conservation in 2019. For her Master’s thesis, she explored the conservation value of captive-bred lions in South Africa. The project did not only earn her a distinction and the Maurice Swingland Price for her outstanding achievements as an MSc student at DICE. The research was also recently published in Biological Conservation, one of conservation’s top-ranked journals.

Tina describes her development journey at SAC as ‘intellectually challenging, emotionally draining but most importantly, immensely rewarding’. Her background in organisational change management and team and leadership coaching prompted her to conduct social science research about conservation conflict.

“Frankly speaking”, she said, “I subconsciously or naively ventured into the field of conservation conflict because I have dealt with conflict resolution in organisations for a long time. I have always been interested in behavioural science, in both animals and humans. At the same time, I have been living in South Africa for 16 years, and there are not many other topics that are similarly controversial and emotionally loaded than the South African captive lion industry.”

Following an inductive research approach, Tina had to gain access to and sit down with people widely loathed in conservation circles, especially lion breeders and hunters of captive lions. Her background in coaching psychology, where the ability to maintain a ‘not-knowing stance’ when working with clients, turned out to be a most valuable asset to remain neutral during her fieldwork across South Africa. She recounts her biggest surprise during the interviews: “Not only were people willing to sit down with me when I approached them with a non-judgmental stance. The people I met did not match the picture that had formed in my head based on the literature review I conducted, which included the portrayal of the captive lion sector in (social) media. Instead, I found a broad-based common ground on conservation objectives and encountered human beings with distinct sets of personal core values and worldviews on effective ways to achieve those goals. They refer to these values and worldviews as the basis for assessing the conservation value of captive-bred lions.”

Overall, the study shows that without addressing deep-seated, value-driven positions, polarised conflicts cannot be resolved based on scientific knowledge.

The article was published on the 5th of May 2021: “How worldview and personal values can shape conservation conflict – The case of captive-bred lions”.