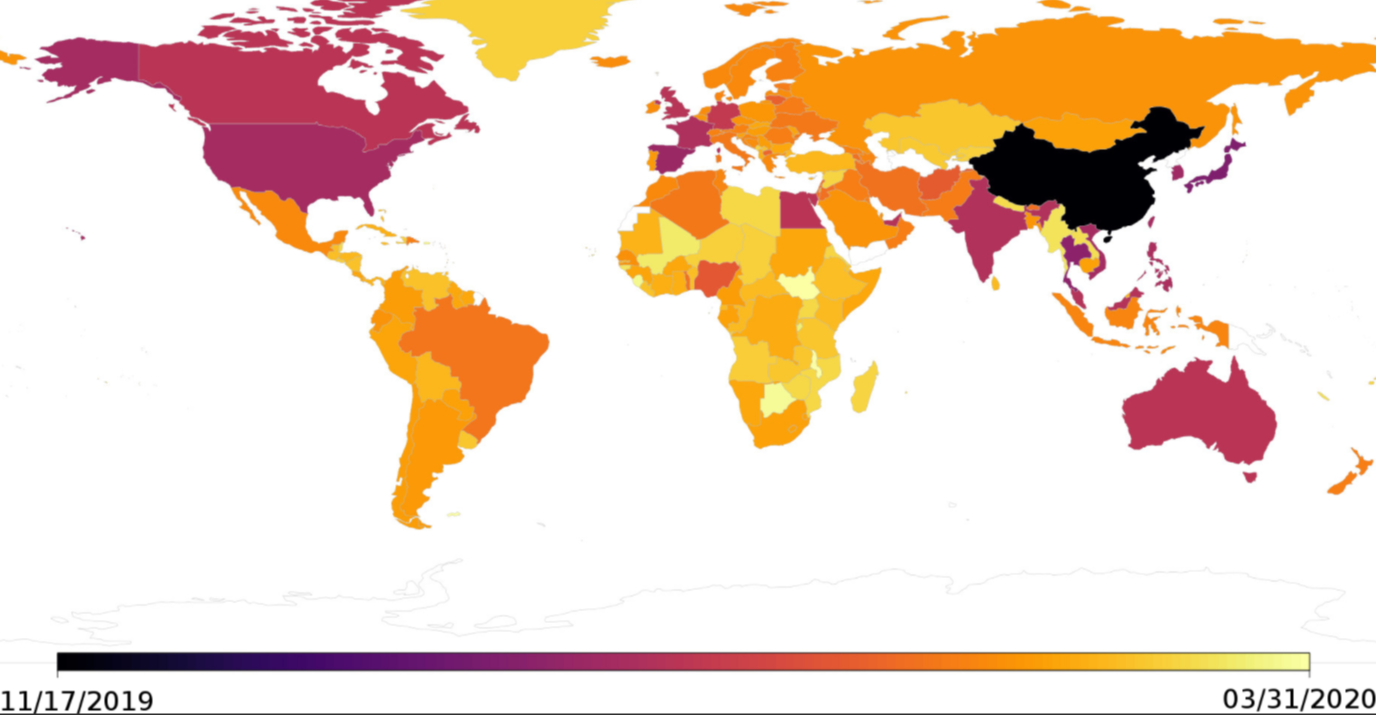 Evidence is building that its origin as a zoonotic spillover occurred prior to the officially accepted timing of early December, 2019. The first case of Covid likely arose between early October and mid November 2019 in China, earlier than officially reported.

‘Here we provide novel methods to date the origin of COVID-19 cases. We show that six countries had exceptionally early cases, unlikely to represent part of their main case series.’

The optimal linear estimation (OLE) modelling technique originally developed by Dr Roberts and a colleague to date extinctions of species, helped to clarify the timing of the onset of the pandemic. The researchers reversed the method to determine the date when Covid-19 most likely originated, according to when some of the earliest known cases occurred in 203 countries.

Dr Roberts said: ‘The novel application of OLE within the field of epidemiology offers a new opportunity to understand the emergence and spread of diseases as it only requires a small amount of data.

‘This application could be applied to provide insights into Covid-19’s continued spread and help authorities to better understand the spread of other infectious diseases in the future.’