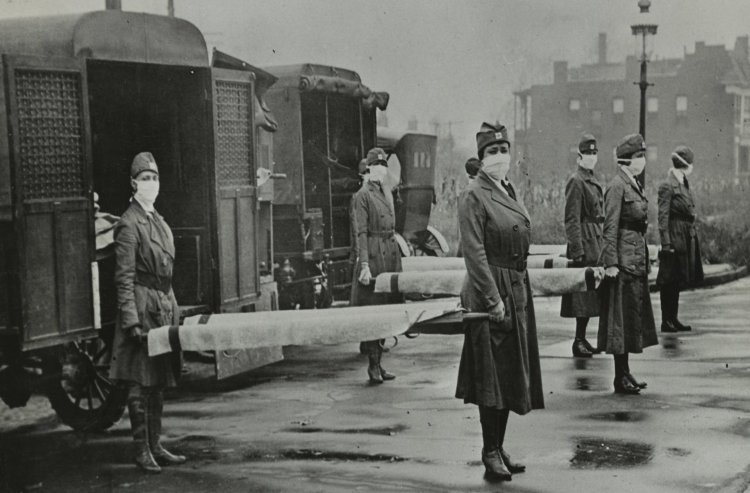 On Wednesday 21 April, Professor Johannes Krause from the Max Planck Institute for Evolutionary Anthropology lead the Skeletal Biology Research Centre Annual Lecture on “The genetic history of the Plague and what we can learn from ancient pandemics”, a significant conversation in the current climate.

Professor Johannes Krause provided a history of the bubonic plague causing bacteria, looking at evidence from the major outbreaks of recent history and also those from prehistory through the collection of bacterial DNA in skeletal remains.

The lecture demonstrated how the development of animal rearing caused many infectious diseases to enter into human populations (such as measles, smallpox, and tuberculosis) and the denser living born out of a more sedentary and agricultural lifestyle allowed these diseases to thrive and become specialised for human hosts.

With more recent examples of disease epidemics and pandemics, we see that they are introduced into human populations from interactions between humans and animals, such as with HIV, Ebola, and COVID-19. However little seems to be known about the early evolution of pathogens, or their rates of evolution, which is some of the work that Professor Krause has been involved with.

“I found it particularly interesting to see the evolutionary changes to this bacteria over 5000 years, and the way Professor Johannes Krause was able to present this information in an easily digestible manner was perfect for those with no or little genetics background”.

While Johannes has been a part of research teams focusing on multiple diseases such as leprosy, syphilis, and tuberculosis this lecture focused primarily on the analysis and interpretation of the genomes (the entire genetic code of an organism) of plague causing microbes. Professor Krause explained that his goal is to try and understand how the medieval plague, which spread all throughout Europe, is connected to both prehistoric plagues and the modern variants of the plague that we see now in places such as Madagascar.

He presented some of the changes that have occurred over this 5000-year time span, such as when ~4000 years ago the capability of transmission via fleas is first seen. But it was also interesting to see how the modern variants of the plague differ from those that have previously afflicted human populations, with deletions of genes in later strains and the impact this has on the virulence of the disease.

It seemed that much of the talk and the Q&A session afterwards had relevance to the current situation we find ourselves in. The bubonic plague pandemic of the 14th Century ravaged Europe and resulted in an estimated 75-200 million deaths, with multiple other outbreaks of the disease many years after the initial wave of infection.

Professor Krause suggested we may see a similar pattern with COVID-19 and later outbreaks or waves of the disease being inevitable but also being much less severe thanks to acquired natural immunity in some of the population and through vaccination programs. Along the same lines, he suggested that reconstructing diseases, studying them and gaining a greater understanding of their effects and potential treatments or even their mutation rates may be influential in preparing for future outbreaks.