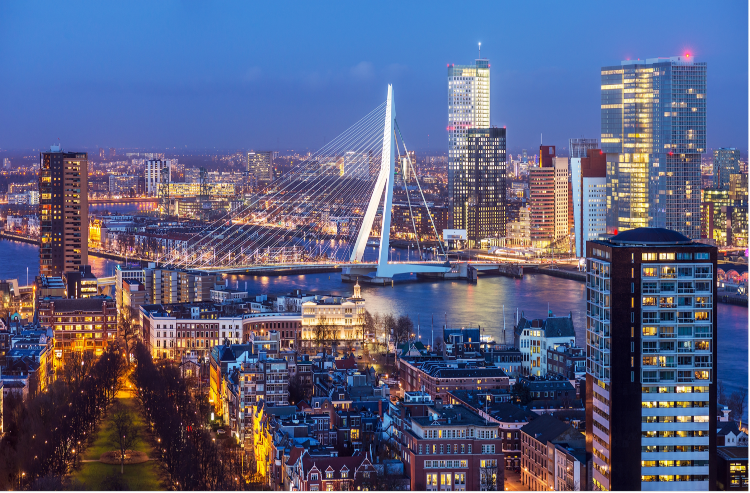 “As an individual who lived in London and experienced travelling to a variety of highly-populated urban areas, I admit to having a soft spot for the fast-paced metropolitan life. Yet, I never flourished enough enthusiasm to question climate factors influence towards human settlements, until I dived into the Cities and Climate Emergency module. I found myself immersed in the content of climate change impacts on cities and immediately developed an interest in urbanisation.

“Contemplating upon human populations and the potential effects on cities worldwide, simply revealed to me the important role cities play in becoming climate-proof or more climate-resilient in the future.

“Socio-economic inequality and contemporary governance are making cities more vulnerable to the consequences of climate change; especially in the Global South, where countries in Latin America, Africa and South-East Asia they face a range of physical and social vulnerabilities. Taking into account the scale, cultural, socio-economic and political differences, cities would have to tailor their own adaptation and mitigation policies, which would eventually shape society.

“I was captured by the concept of inclusivity of contrasting communities and the capability of interdisciplinary collaboration to form an all-inclusive system. Although, never before have I been more curious about sustainable development, green infrastructure and influence of socio-politics in the climate debate.

“There are examples of cities in the Global North that are driven to prepare against climate change. I have insightfully chosen to research Rotterdam; an advanced Delta city in the Netherlands with a history of flooding disasters. I specifically focused on the city’s plans to transform and become more climate-resilient. ‘Rotterdam’s Climate Change Adaptation Strategy’ focuses on long-term benefits for their diverse population and their economy, by designing cutting edge infrastructure with the capacity to mobilise and adapt to changing water levels and flooding.

“As more civilians consistently seek to improve their livelihood, many desire to migrate to Rotterdam for a numerous range of opportunities. The cities dynamic social housing programs and welcoming refugee policies combined with the climate adaptations are expected to attract migrants, offering them a more sustainable lifestyle and new economic opportunities. Supporting the consideration for the safety and well-being of all citizens against climate change. After intensively engaging with this case study, it’s evident how much effort Rotterdam has devoted to their climate objectives. Not only did I find their adaptation ideas strategically innovative and efficient, but I also admire the transparency to share their successful ideas with other cities. This was also the most important lesson I learned from this module. The urgent need to encourage more global cooperation and sharing of cutting-edge urban strategies to adapt to a changing climate.”