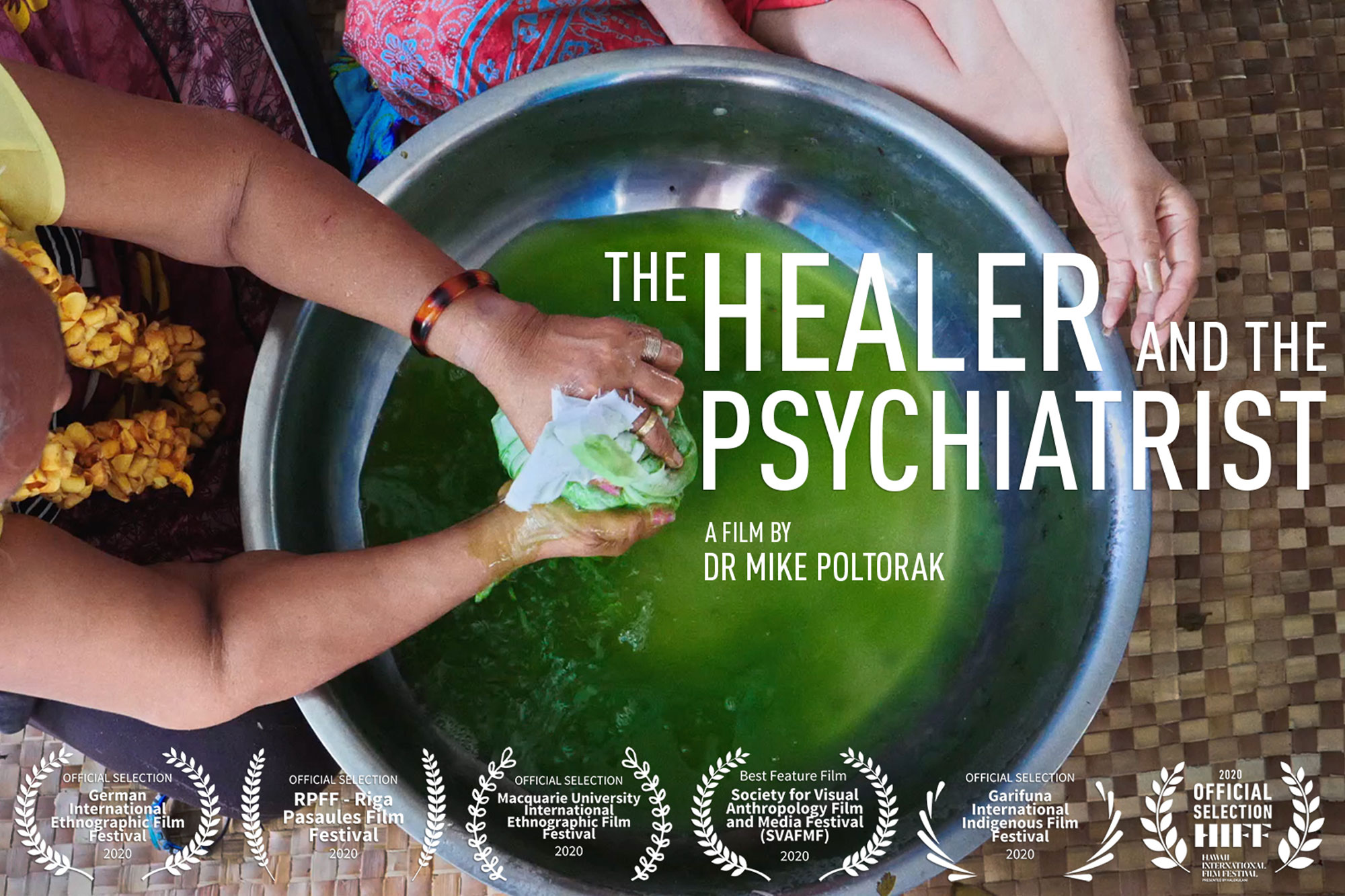 Honorary Research Fellow in Social Anthropology, Dr Mike Poltorak’s, ethnographic documentary The Healer and the Psychiatrist is being launched by the distributor Documentary Education Resources (DER) this week. DER was founded in 1968 with a mission to “support and distribute ethnographic film and media which promotes cross-cultural understanding”.

The launch coincides with the award of the Best Feature Film for the Society of Visual Anthropology (SVA) Film Festival. The Joan S. Williams Award of Excellence, named for the Festival’s longtime organiser, is the festival’s highest recognition.

The film is free to view until the 10th December.

Those interested are invited to an SVA- and DER-sponsored online panel discussion and Q & A at 21:00 GMT on Thursday the 10th of December with the director, Mike Poltorak, medical anthropologists Patricia Fifita and Jessica Hardin, and psychological anthropologist and ethnographic filmmaker Robert Lemelson. Topics will include filmmaking on mental health issues, the intimacy of healing and the film’s place in the anthropology of Oceania.

Registration for the event can be done via Eventbrite.

The Healer and the Psychiatrist continues to gain international recognition. It was recently screened as part of the Pacific Showcase of the online Hawaii International Film Festival. It was selected as one of five showcase gems, presented by the organisation Pacific Islanders in Communication along with Loimata – The Sweetest Tears, Baby Done (executive-produced by Taika Waititi) and Hawaiian Soul.

Dr Mike Poltorak is now working in partnership with the Aotearoa Tongan Health Workers Association (ATHWA) to use the film for Tongan community benefit. All royalties from video on demand sales will be donated to support the use of the documentary and allied resources for the improvement of health communication and social health outcomes.