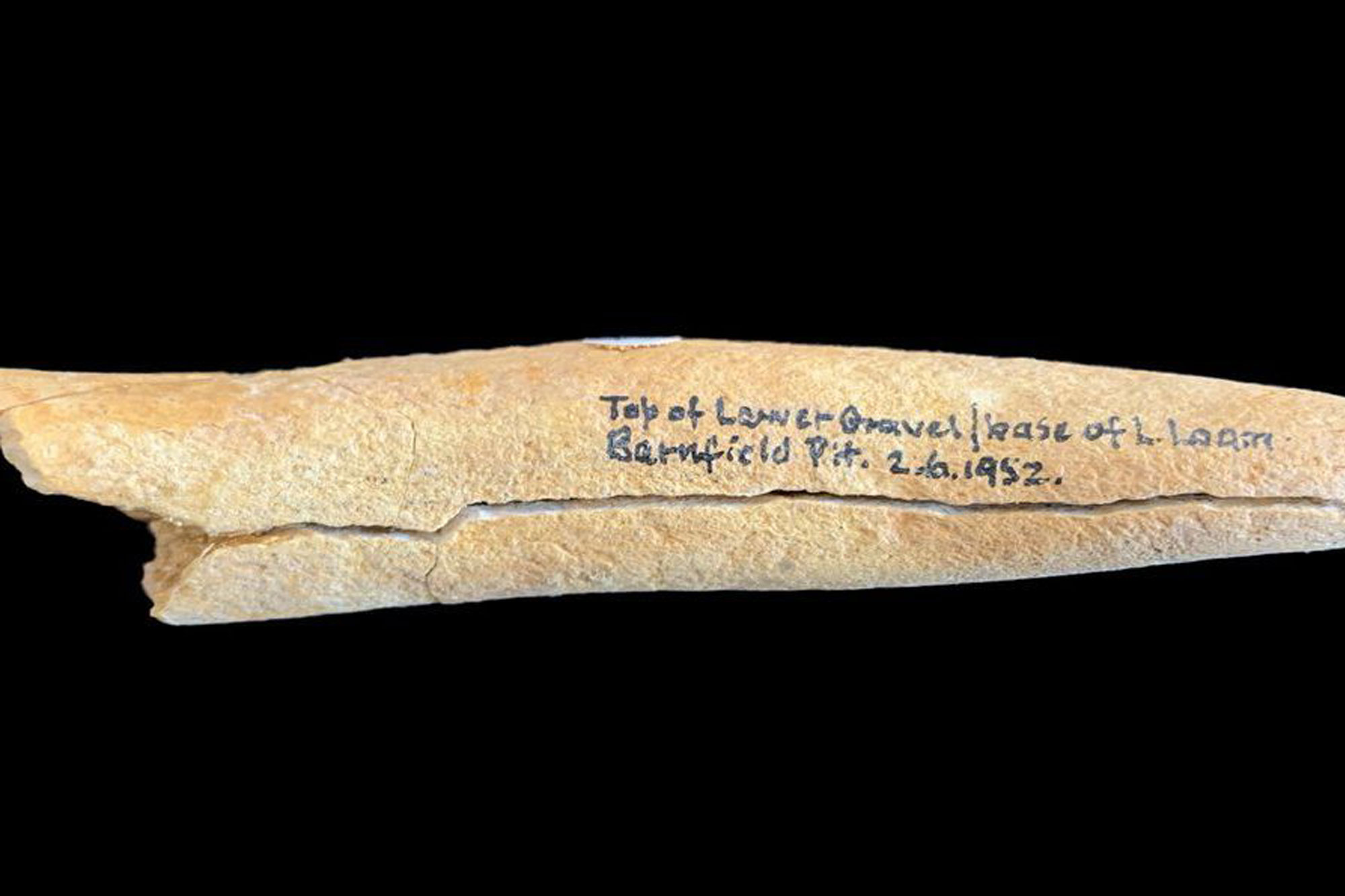 Biological anthropologists from the School of Anthropology and Conservation (SAC) have rediscovered fossils from Barnfield Pit in Swanscombe, Kent that have lain dormant for 70 years.

Barnfield Pit is one of the most important early-human archaeological sites in the UK. Human skull fragments and stone tools dating to 400,000 years ago were discovered at the site between 1935 and 1955. Since the 1970s, however, there have been only a few. fleetingly rare discoveries at the pit.

A collection of fossils from Swanscombe, originally excavated by amateur palaeontologist John Carreck in the 1950s, have remained hidden from the public and undescribed by scientists since that time. The fossils remained stored in his private collection and were recently donated to the University of Kent.

The fossils were rediscovered by a research team led by Dr Alastair Key and Dr Patrick Mahoney of the Skeletal Biology Research Centre. They identified the significance of the finds through detailed reconstructions of historical archives. By aligning the dates of each fossil’s discovery by Carreck with previously published accounts, the team were able to demonstrate that many fossils were recovered in between the well-known excavations of the human skull fragments.

The team is hopeful that other Swanscombe fossils from Carreck’s private collection will be found in the near future and would encourage anyone with information to get in touch.

In collaboration with researchers across the UK, a programme of research is now ongoing to analyse the fossils. The Carreck Collection is now curated in Kent’s Human Osteology Research Laboratory.

Dr Key, who led the historical investigation of these remains, said, “It is fascinating and exciting to discover these 70 years after they were recovered. It shows fossils potentially important to understanding the early human occupation of Britain can still be rediscovered.”

Dr Mahoney, Director of the Human Osteology Research Laboratory, added, “Archaeological fieldwork during the 1950s is known to have been an informal affair and it is not unexpected that collections like these can remain dormant.”