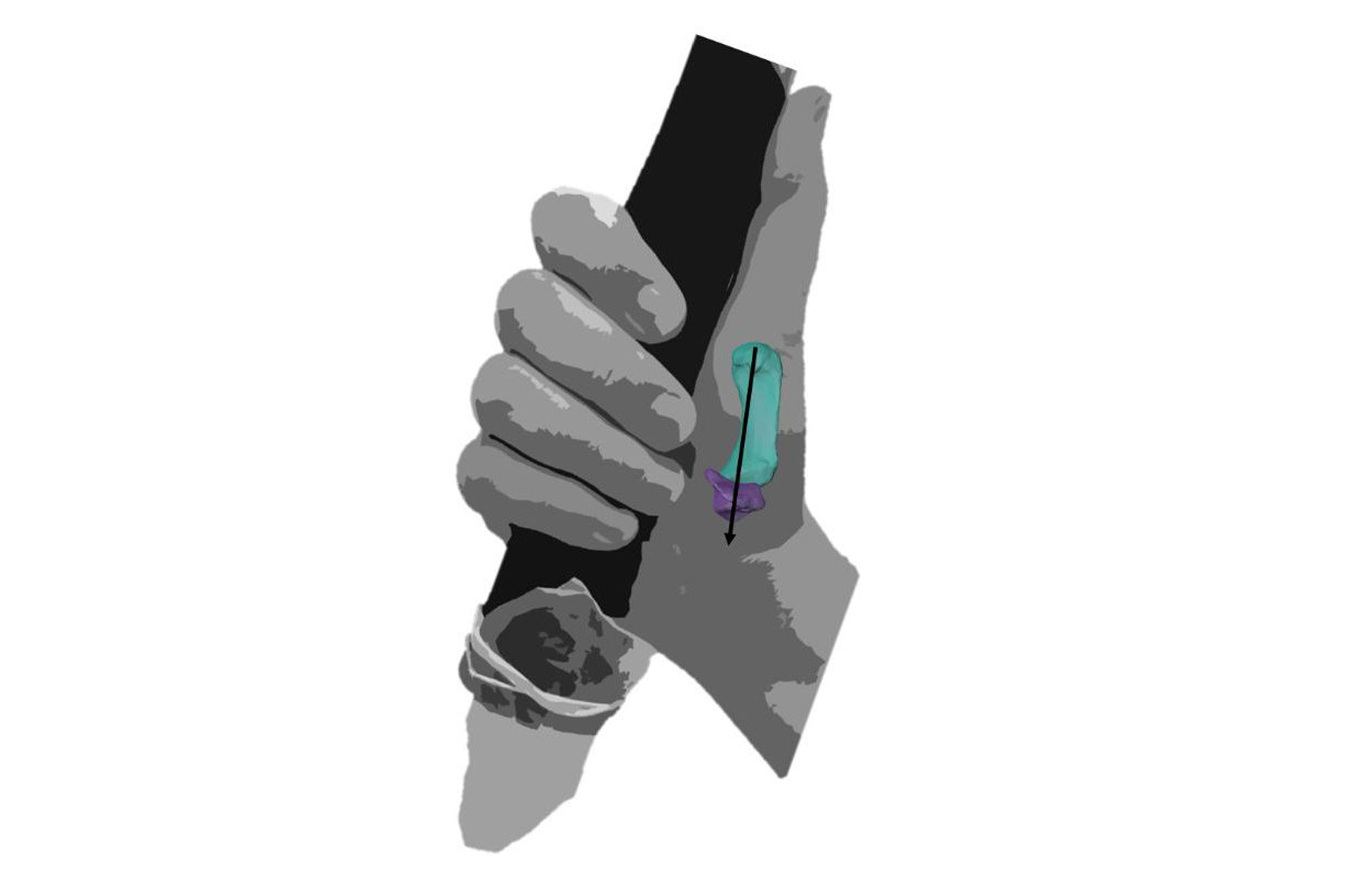 "Illustration of a Neanderthal hand and action of a power 'squeeze' grip" by Ameline Bardo.

Neanderthal thumbs were better adapted to holding tools in the same way that we hold a hammer, according to research undertaken at the Skeletal Biology Research Centre. The findings, published in Scientific Reports, suggest that Neanderthals may have found precision grips – where objects are held between the tip of the finger and thumb – more challenging than power ‘squeeze’ grips, where objects are held like a hammer, between the fingers and the palm with the thumb directing force.

Postdoctoral Research Associate, Dr Ameline Bardo, and colleagues at the School of Anthropology and Conservation (SAC), alongside colleagues from a number of European universities, used 3D analysis to map the joints between the bones responsible for movement of the thumb (referred to collectively as the trapeziometacarpal complex) of five Neanderthal individuals. The researchers compared the results to measurements taken from the remains of five early modern humans and 40 recent modern adults.

The research team found co-variation in shape and relative orientation of trapeziometacarpal complex joints that suggest different repetitive thumb movements in Neanderthals compared with modern humans. The joint at the base of the thumb of the Neanderthal remains is flatter with a smaller contact surface, and better suited to an extended thumb positioned alongside the side of the hand. This thumb posture suggests the regular use of power ‘squeeze’ grips, like the ones we now use to hold tools with handles. In comparison, these joint surfaces are generally larger and more curved in recent modern human thumbs, an advantage when gripping objects between the pads of the finger and thumb, known as a precision grip.

Dr Bardo said, “Although the morphology of the studied Neanderthals is better suited for power ‘squeeze’ grips, they would still have been capable of precision hand postures – but they would have found this more challenging than modern humans. Comparison of fossil morphology between the hands of Neanderthals and modern humans may provide further insight into the behaviours of our ancient relatives and early tool use.”