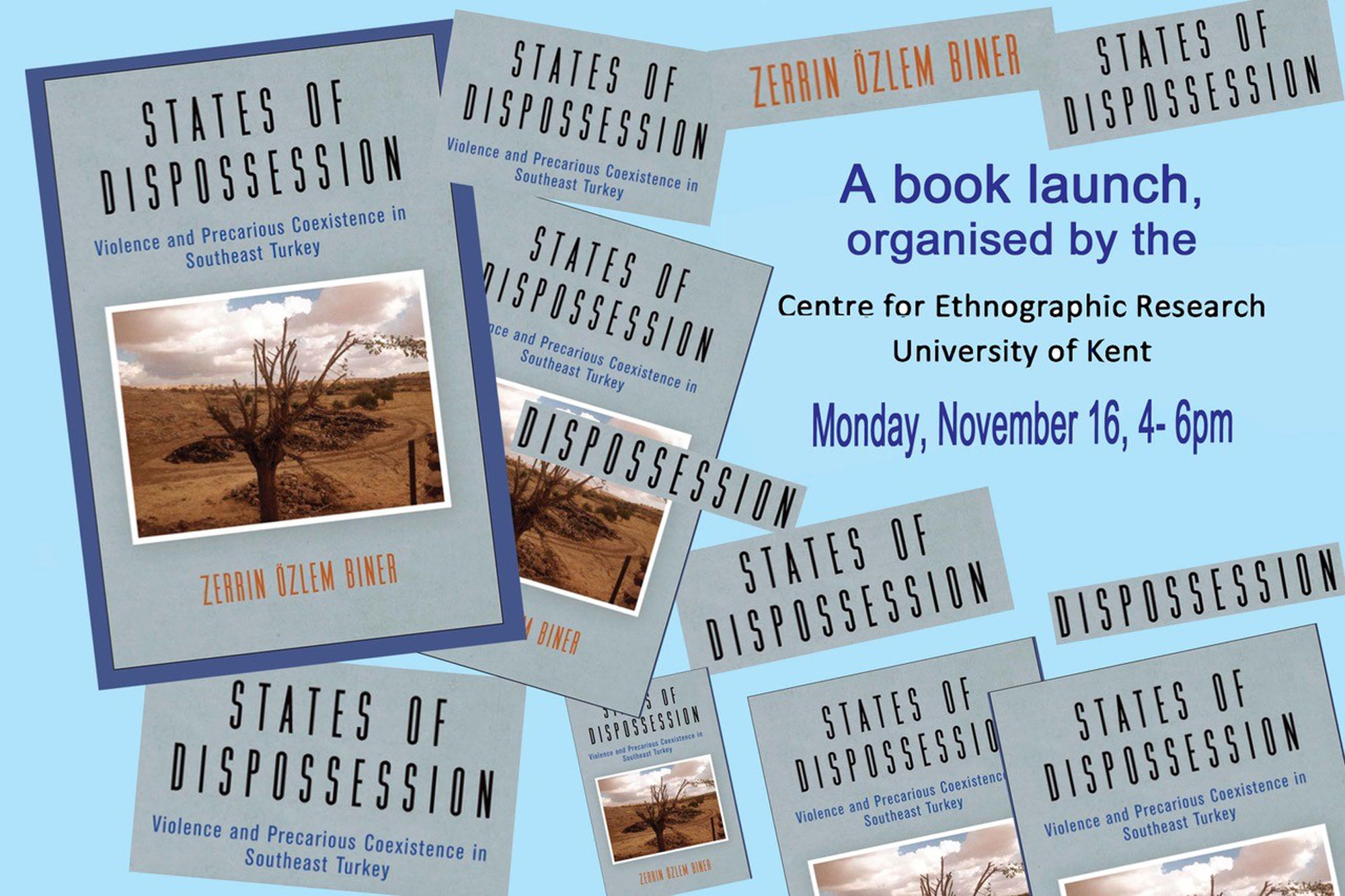 The book launch will be an online event and will take place between 16:00 and 18:00. If you are interested in attending, please contact Dr Biner.

The military conflict between the Kurdistan Workers’ Party (PKK) and the Turkish Armed Forces has endured over the course of the past three decades. Since 1984, the conflict has claimed the lives of more than 45,000 civilians, militants and soldiers, as well as causing thousands of casualties and disappearances. It has led to the displacement of millions of people and caused the forced evacuation of nearly 4,000 villages and towns. Suspended periodically by various ceasefires, the conflict has been a significant force in shaping many of the ethnic, social and political enclaves of contemporary Turkey, where contradictory forms of governance have been installed across the Kurdish region.

In States of Dispossession, Dr Biner traces the violence of the protracted conflict in the Kurdish region through the lens of dispossession. By definition, dispossession implies the act of depriving someone of land, property and other belongings as well as the result of such deprivation. Within the fields of Ottoman and contemporary Turkish studies, social scientists to date have examined the dispossession of rights and property as a technique for governing territory and those citizens living at its margins. States of Dispossession instead highlights everyday experiences in an attempt to understand the persistent and intangible effects of dispossession. Özlem examines the practices and discourses that emerge from local memories of unspoken, irresolvable histories and the ways people of differing religious and ethnic backgrounds live with the remains of violence that is still unfolding. She explores the implicit knowledge held by ordinary people about the landscape and built environment, and the continuous struggle to reclaim rights over dispossessed bodies and places.

States of Dispossession by Zerrin Özlem Biner can be purchased here.