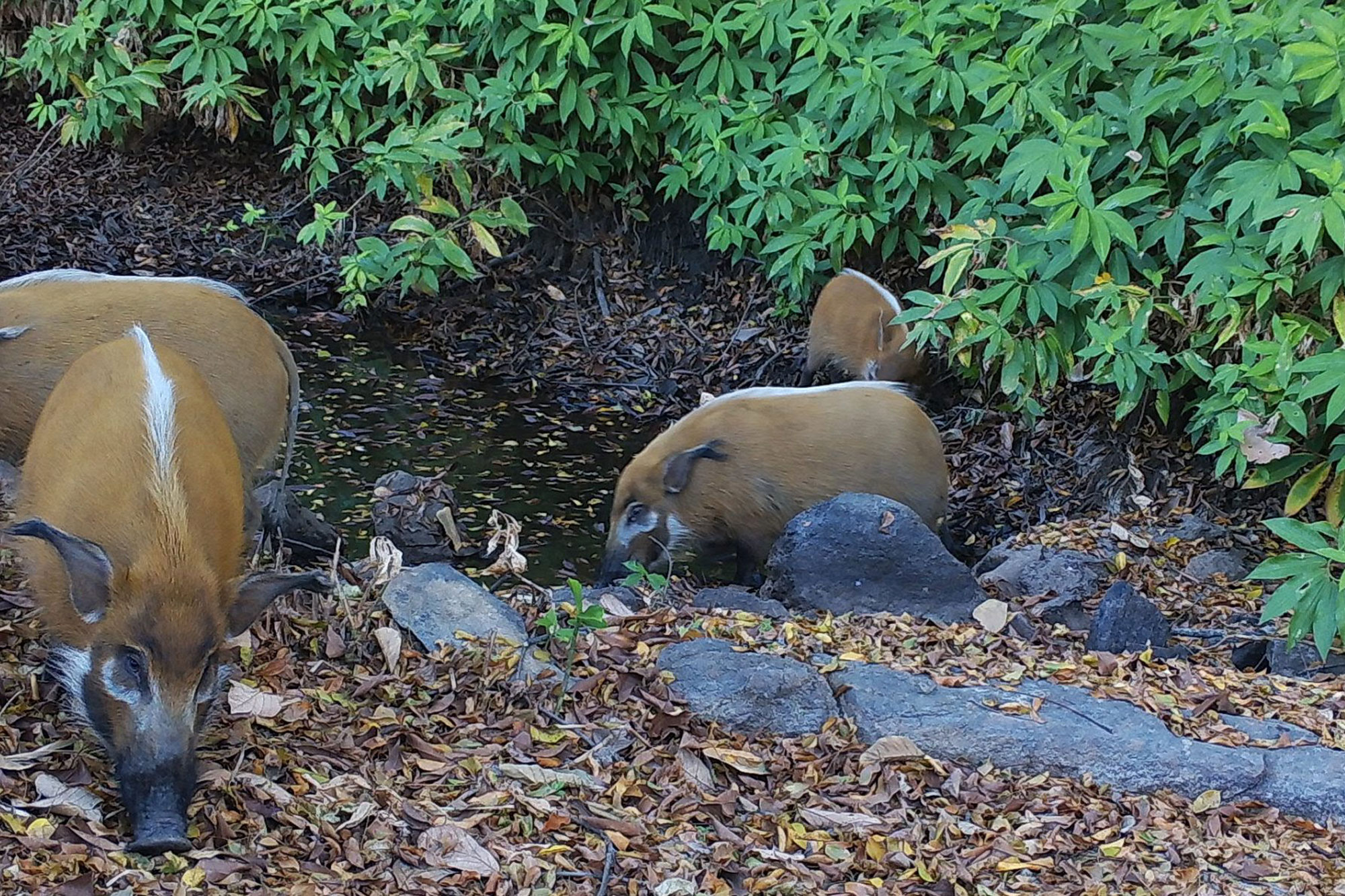 New research by the Durrell Institute of Conservation and Ecology (DICE) has demonstrated a clear fluctuation in the trade of wildmeat in and around the High Niger National Park in Guinea, West Africa.

Conservationists found a significant increase in the trading of species that forage on crops including the green monkey (Chlorocebus sabaeus) and warthog (Phacochoerus africanus), both in comparison with earlier data and in spite of religious taboos against the killing and consumption of monkeys and wild pigs by Muslims in the region. These species are increasingly being killed to protect crops and farmers can gain economically from their sale, providing an additional incentive for killing. The consumption of wild pigs is prohibited by Islam, yet a marked increase in the number of carcasses recorded in rural areas from 2011 to 2017 has suggested an erosion in the religious taboo.

The research team led by Senior Lecturer in Conservation Science and Primate Behaviour, Dr Tatyana Humle, alongside colleagues from Beijing Forestry University, China, and the Higher Institute of Agronomy and Veterinary of Faranah, Guinea, drew conclusions after examining the wildmeat trade in three rural markets in the park and in the nearest urban centre, Faranah, by collecting market survey data during August-November 2017 and comparing it with data from the same period in the 1990s, 2001 and 2011.

Mammals, most notably small-sized species, now dominate the wildmeat trade around High Niger National Park. Further findings indicate a significant rise in the number of carcasses and biomass offered for sale from 2001 onwards in rural areas, whereas in Faranah there were no notable differences with data gathered in 1994. Therefore, urban demand does not appear to be driving the wildmeat trade in this region. Instead, the wildmeat trade in rural areas could perhaps be linked to an increase in human population and limited access to alternative sources of animal protein.

Dr Humle said, “This study highlights that, despite the local reduction in urban demand for wildmeat, pressures on wildlife in the park remain. The prominence of crop-protection is increasingly being recognised for driving the wildmeat trade across rural West Africa, yet there is a need to better understand the motivations behind hunting and supply-and-demand dynamics. There is wider scope to investigate and improve the balance between local farmers’ livelihoods and biodiversity conservation.”