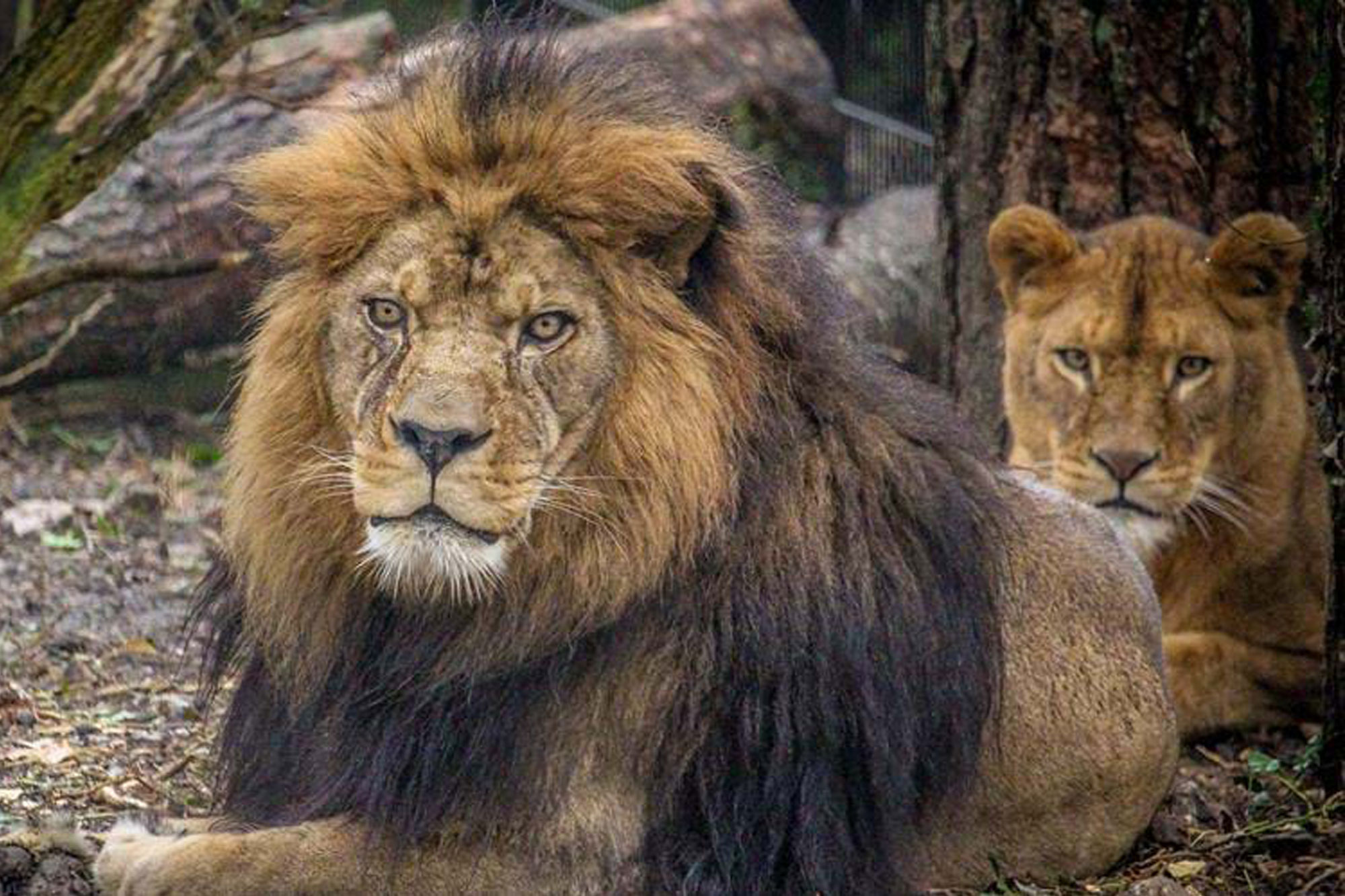 Lecturer in Conservation Science, Dr Simon Black, was recently interviewed for the DownToEarth website discussing that Barbary lion reintroduction in North Africa is possible but needs long-term plans. This species of lion is well known for being used by the Romans in amphitheatres, commonly killed for sport. The Barbary lion was sadly hunted to extinction in its wild habitat and only a few of the species survive today, all of whom are living in captivity.

The Barbary lion is recognised as a distinct subspecies today, since recent research has indicated that the lions could have evolved in East Africa and then migrated north. Dr Black explains that there has recently been a change to how lions are classified: there are now two separate sub-species called Panthera leo leo (‘northern lion’) and Panthera leo melanochaita (‘southern lion’). The northern lion comes from West Africa, North Africa, West Asia and India, while the southern lion comes from eastern and southern Africa. “Most (90 per cent) of lions are of the southern sub-species. In evolutionary terms, lions evolved and their range shifted according to ice-age climate effects in the north, Saharan shifts and other associated geological impacts, with animals remaining in various refugia, then spreading back into their range over geological time when climate and habitats allowed.”

Asked what the genetic and morphological markers are that signify the Barbary lion’s uniqueness, Simon describes, “Little is known about the genetics of the Barbary lion since few verified samples of the animal exist or have been scientifically analysed. There are only a few specimens in museums in Europe and America.”

A small number of studies of potential Barbary lions have identified some indicators within the mitochondrial DNA: however, it is only passed through the maternal line. “Morphological studies suggest that Barbary lions have a deeper/bulkier body, shorter limbs, some differences in the hip structure and some features only seen elsewhere in Indian lions such as a belly flap and specific cranial features (in the skull).” Simon also adds that another feature of the Barbary lion is yellow-coloured eyes.

Whilst it has been assumed that Barbary lions are extinct in the wild for quite some time, Dr Black believes that, whilst there is no evidence of lions being spotted in North Africa during the 21st Century, they actually died out much more recently than is often thought. The last Barbary lions went extinct during the military conflict in Algeria, some time around 1958-1962, when the final mountain forest habitats which were used as military highways were destroyed by systematic incendiary attacks.

However, there is still a surviving population of Barbary lions in zoos around the world with much importance placed on how genetic purity can be kept secure. Simon divulges that there are about 90 Barbary lions kept in captivity in zoos in Europe and Morocco. Bloodlines are maintained as the zoos do not breed the species with other species. The so-called ‘royal lions’ are also kept separately from the Asiatic lions in zoos, and each captive group is managed as separate conservation units.

The question remains though: can Barbary lions be reintroduced to the wild? “Some existing large tracts of land in north Africa would be suitable for reintroduction, but considerable effort would be needed to restore sustainable levels of wild prey-species (deer, boar, barbary sheep and gazelle), most of which are endangered species themselves.” Dr Black adds that there would also need to be protective measures in place to avoid conflict between humans and lions, such as livestock predation.

In conclusion, Simon believes that, “Reintroduction is theoretically possible but would need a sensitive, long-term plan and considerable prior political and community support. Reintroduction of a predator like lions would have to be part of purposeful, wider landscape restoration in the region.”