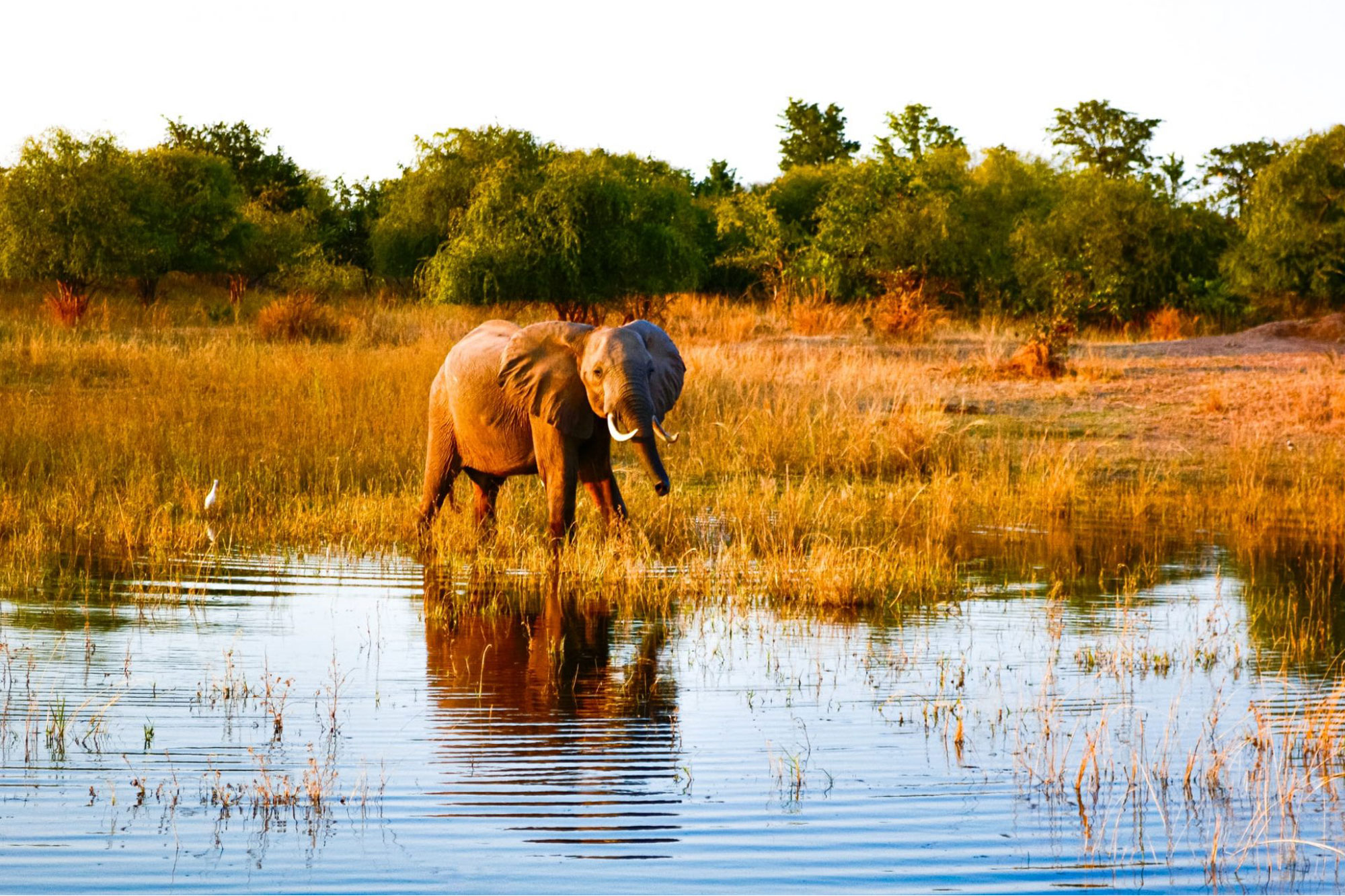 The discovery of the carcasses of 22 elephants near Hwange National Park in western Zimbabwe in early September has reactivated concerns among conservationists in the region about what killed 281 elephants in the Seronga district of Botswana’s Okavango Delta between March and late June this year.

Professor Keith Somerville, a conservationist at the Durrell Institute of Conservation and Ecology (DICE), has commented on the recent elephant deaths in Zimbabwe and provided an update on the equally mysterious Botswana elephant deaths. He said:

“The Zimbabwe deaths occurred in the Pandamasuwe Forest in western Zimbabwe, between Hwange NP and Victoria Falls. All the dead elephants were under 18 years of age, according to the Zimbabwe Parks and Wildlife Management Authority (Zimparks), and had not had their tusks removed, ruling out poaching, and there was no evidence of the disease anthrax, which is found in wild ungulates and livestock in southern Africa. The spokesperson for Zimparks, Tinashe Farawo, told the media that the animals had not been poisoned and may have been killed by a bacterial infection or naturally-occurring toxins in plants or contaminated water.

“Zimbabwe has between 80,000 and 86,000 elephants, which are part of the estimated 220,900-240,000 elephants to be found in the Kavango-Zambezi Transfrontier Conservation Area, KAZA, which includes regions of Angola, Botswana, Namibia, Zambia and Zimbabwe. Botswana has the largest elephant population there and in Africa as a whole, with between 130,000 and 150,000, numbers fluctuating as elephants move across the KAZA region to find water and food.

“Earlier in the year when hundreds of elephants died in the northern Okavango Delta, none had their tusks removed and they did not appear to have died of starvation or thirst. Poaching using poisons like cyanide and strychnine and anthrax were ruled out by laboratory tests early on, which also ruled out the nine most commonly used pesticide chemicals used by farmers, and which have been used to poison wildlife. The environment ministry has also said that Encephalomyocarditis virus, an acute viral disease, had also been eliminated as the cause of deaths.

“After initial testing in Botswana, samples from the elephants were sent to South Africa, Zimbabwe, the United States and Britain for more extensive tests. These confirmed that poison, anthrax, dehydration and starvation could be ruled out.

“The testing of samples has been slow: the Botswana environment ministry explained this as a result of the strain placed on testing centres across the world by COVID-19 and COVID-19 effects on international shipment of samples from the elephants, which has slowed the whole process.

“No further carcasses suspected to be linked to the Okavango deaths have been found since July, but the Zimbabwean deaths will cause renewed concern about the number of unexplained deaths in the KAZA area. Suspicion, according to the Botswana environment ministry, now centres on potentially-lethal naturally-occurring toxins, but an experienced conservationist working in Botswana told me that a specific cause may not be identified as ‘the chances of a definitive identification of a natural toxin are practically zero unless it is one of the known cyanotoxins, and even they are all very difficult and expensive to analyse even in good samples. Rotting elephant is not a good sample.’ Cyanotoxins include cyanobacteria (also known as blue-green algae) which can occur in waterholes and especially after droughts (the region had a three-year drought which ended earlier this year). This toxin has been implicated in the deaths of livestock following droughts.”

Professor Keith Somerville is a member of DICE at the University of Kent, where he teaches at the Centre for Journalism. He is a senior research fellow at the Institute of Commonwealth Studies (ICWS), part of the School of Advanced Study (SAS), University of London, and  editor of the Africa Sustainable Conservation News website. His book, Humans and Lions: Conflict, Conservation and Coexistence, was published in July 2019 and he is also the author of Ivory. Power and Poaching in Africa.