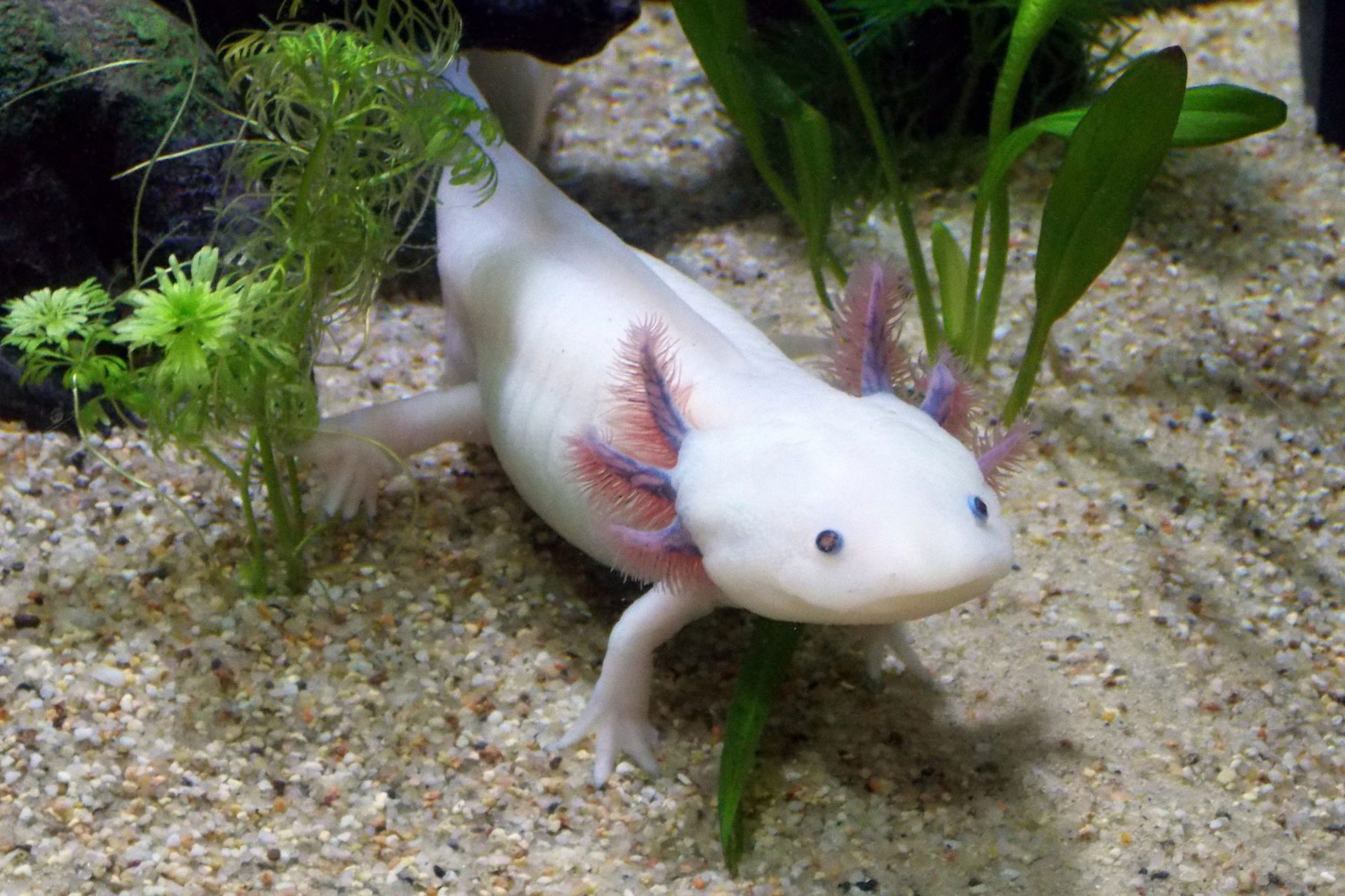 The new Mexican 50 peso banknote features an image of the axolotl (Ambystoma mexicanum), one of the most intriguing and unusual amphibians in the world.

This news has been welcomed by Professor Richard Griffiths and Dr Ian Bride from the Durrell Institute of Conservation and Ecology (DICE). They have previously collaborated with Mexican partners from the Universita Autónoma Metropolitana and local community organisations on a Darwin Initiative-funded project designed to raise the profile of the plight of the axolotl and promote it as a flagship species for the conservation of its biodiversity-rich wetland home. Dr Bride comments:

“The notaphilistic herpetologists amongst us will be extremely excited to learn that the new Mexican 50 peso banknote features an image of the axolotl. Their partial metamorphosis and remarkable ability to regrow toes – even entire limbs – has attracted considerable interest from medical laboratories over many years, alongside their cultural significance (as embodiment of the Aztec god Xolotl) and use in traditional medicines. Yet the species is on the edge of extinction in its last habitat, remnant channels of Lakes Xochimilco and Chalco on the edge of Mexico City, one threatened by urbanisation, introduced predators and pollution.

“Professor Griffiths’ and my work on the Darwin Initiative-funded project delivered a wide range of educational materials and actions to raise awareness of the axolotl, notably a series of guide-training workshops for the boatmen who punt tourists around the canals of Xochimilco on large pleasure boats and a Species/Habitat Action Plan workshop. The latter involved additional local and international partners, including the Universidad Nacional Autónoma de México, Parque Ecológico Chapultepec in México and Chester Zoo, alongside key Mexican government environmental agencies. This was followed by our participation in a British Council-funded workshop, The Critically Endangered Mexican Axolotl (Ambystoma mexicanum) conservation programme: ecological health in practice, which reviewed progress and identified subsequent actions.

“Since then, our Mexican collaborators have continued to research the biology and ecology of the axolotl, promote it as a flagship species and fight its corner. So, although no longer central participants in this process, we are proud to have played some small part in the socio-ecological regeneration of this amazing creature and delighted to see its significance recognised by the prestige of being included on a banknote. Perhaps our own socio-ecological system will have similar powers of regeneration!”