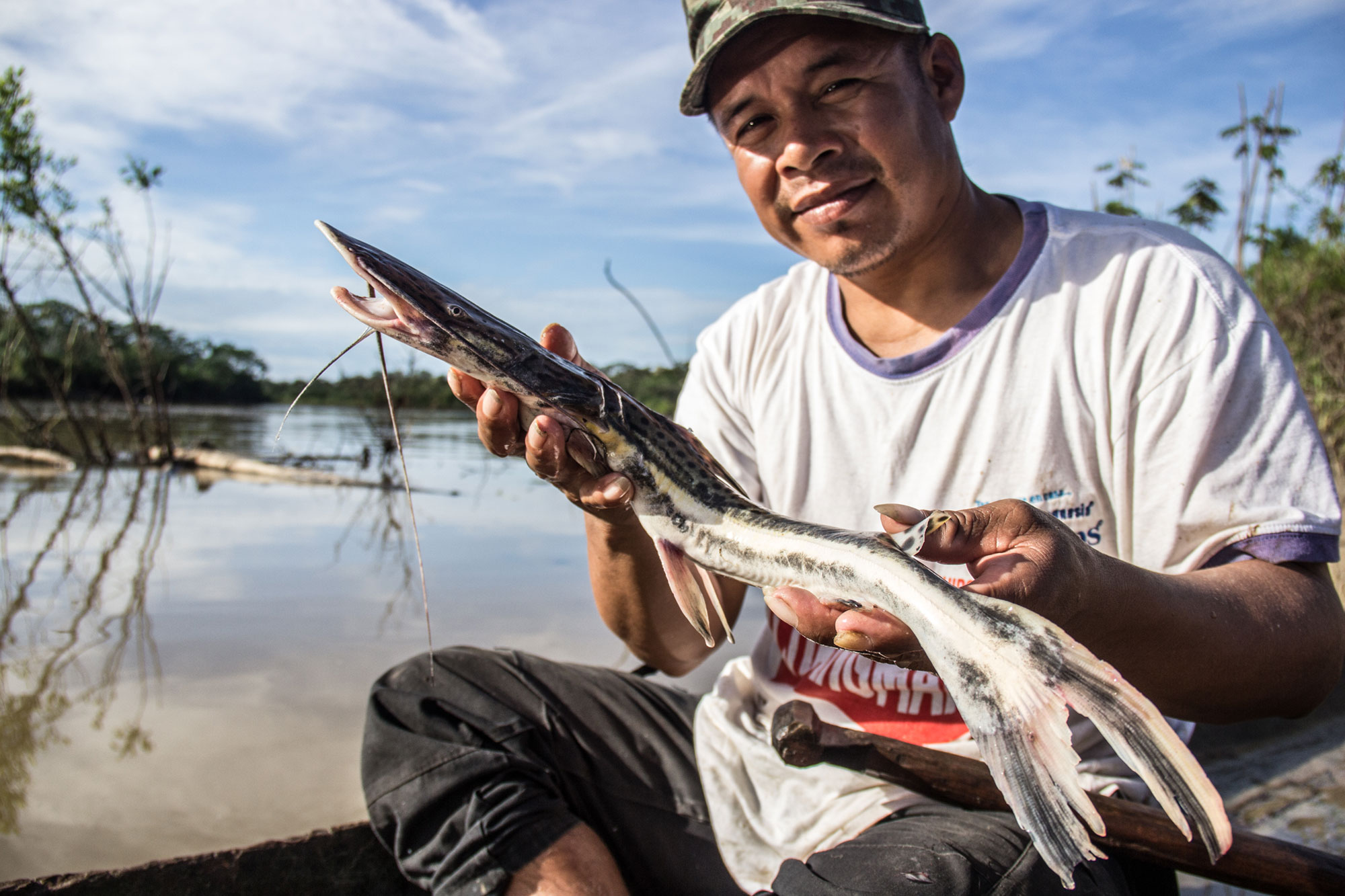 A new review published in BioScience explores the relationship between tropical forests and fish, providing a synthesis of the known ecological linkages in forest-freshwater systems and what has yet to be known.

A plethora of research has highlighted the significance of tropical forest habitats for conserving terrestrial biodiversity: however, in comparison, little is known on the role of forests for freshwater biodiversity. To address this issue, Michaela Lo, studying for a PhD in Biodiversity Management at the Durrell Institute of Conservation and Ecology (DICE), and researchers from the Center for International Forestry Research (CIFOR), Virginia Polytechnic Institute and State University (Virginia Tech) and the U.N. Food and Agricultural Organization (FAO), reviewed the current evidence to draw out general findings on the underlying ecological pathways between forest and freshwater ecosystems.

To glean information from existing studies, a systematic search of the literature was carried out yielding an initial list of more than 16,000 results. After screening for its relevance, 61 studies were identified and reviewed.

Most studies (67% of responses in river/stream systems; 70% of responses in floodplains/rivers) found that forests were positively associated with fish diversity. This is related to the heterogeneity in habitat structure and organic materials for fish to feed on, thus supporting a wider range of species. Evidence also showed a greater presence of rare species in forested areas because the feeding behaviours and habitat preferences they possessed required resources that were specifically found in forested areas.

Forest and non-forest environments provide different ecological conditions for freshwater habitats, and these differences determine the type of fish species found. With enough information on the types of traits possessed by each fish species, fish communities can be reasonably predicted according to the environmental characteristics.

The review outlines key research priorities to enhance our understanding of the forest-fish nexus. Greater research needs to be invested in Asia and Africa, particularly as these regions are experiencing high levels of deforestation and biodiversity degradation. A deeper understanding of how land-use change alters fish communities can also help us identify which species are sensitive to these changes, which can further support conservation management decisions.

Although the review offers a solid foundation for understanding how forests and freshwater fish interact, many knowledge gaps remain. Filling in these gaps are not only of academic interest: they are also crucial to inform land-use decisions that have important consequences for biodiversity, livelihoods and food security.

The Influence of Forests on Freshwater Fish in the Tropics: A Systematic Review by Michaela Lo, James Reed, Leandro Castello, E Ashley Steel, Emmanuel A Frimpongand  Amy Ickowitz has been published in BioScience (https://doi.org/10.1093/biosci/biaa021)