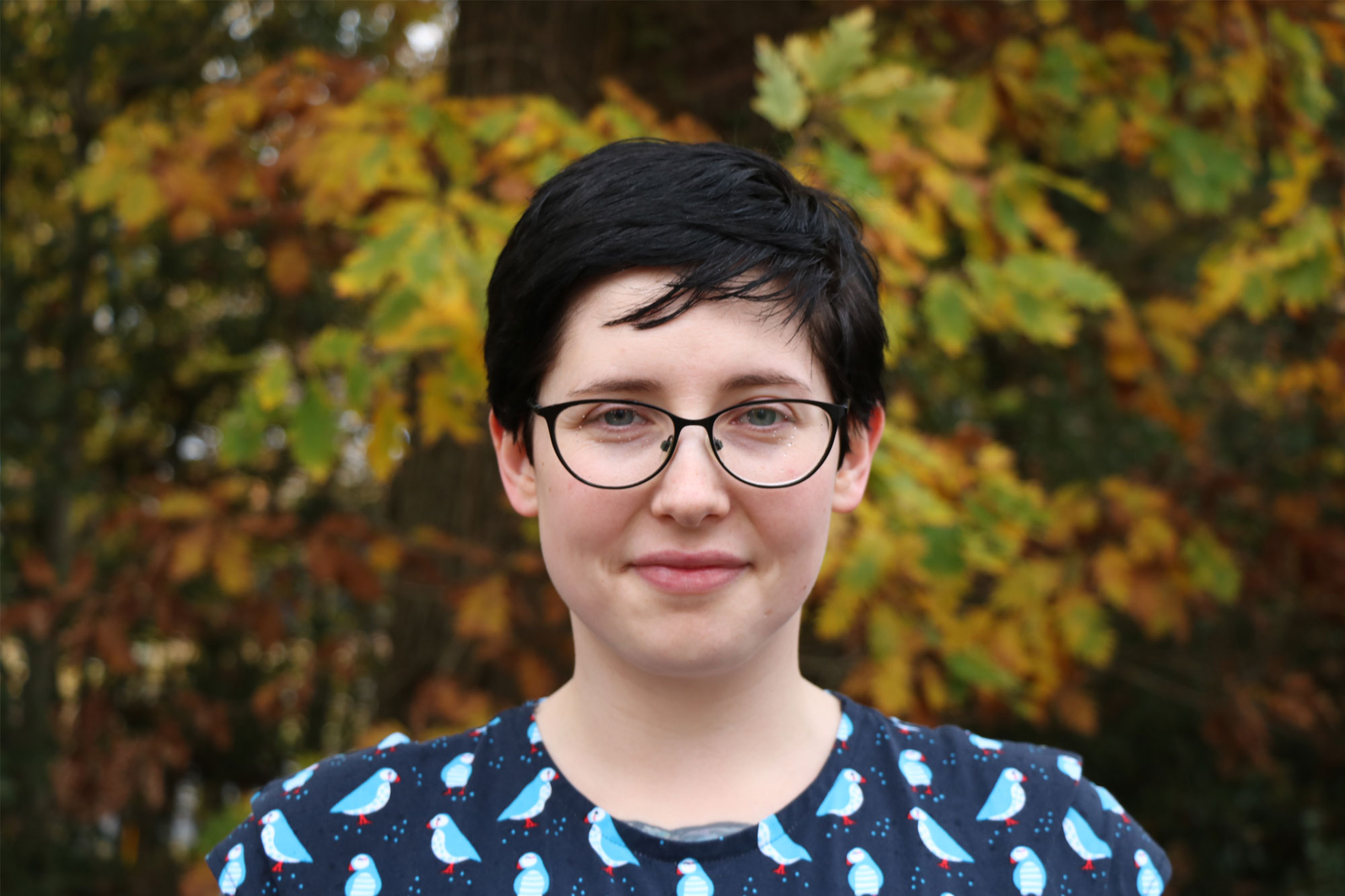 Laura Thomas-Walters, who is studying for a PhD in Biodiversity Management at the Durrell Institute of Conservation and Ecology (DICE) on social marketing and behaviour change for demand reduction in wildlife trade, has been awarded one of the 2020 Graduate School Prizes with particular recognition for her contribution towards public engagement. The prize consists of a sum of £500 to be spent on furthering her research.

In her first year, Laura won a postgraduate community experience award to run an event called Real World Research. Her aim was to bridge the gap between academia and the general public by demonstrating the relevance of academic research to local concerns. Postgraduate students were given the opportunity to showcase their work to the general public and win funding for a project with the potential to make a real difference to a current issue. The winner was an anthropologist studying homelessness who used the award to develop a gardening club to promote the inclusion of single homeless people.

Laura has continued to explore innovative ways of engaging the public with academic research. Last year she was granted another postgraduate community experience award, this time to create the world’s first PhD quilt. Her goal was to provide Kent PhD students an opportunity to explore alternative ways of communicating their research, while enhancing their own wellbeing through mindful creativity.

This visual and tactile representation of the breadth of research undertaken at Kent is an incredibly unique form of public engagement, and has been presented at the national quilt festival to reach a diverse audience. Based on the success of her quilt, she was invited to join the Kent Public Engagement with Research Network as a postgraduate representative. She has also experimented in combining textile arts and scientific research with a quilted poster, which won the people’s choice award at the latest Kent Researchers’ Showcase.

As well as communicating research impact to the general public, Laura has worked closely with several conservation non-governmental organisations (NGOs). She has been hired for two consultancy projects with TRAFFIC and National Geographic Society, and collaborated with an NGO from Sao Tome for one of her PhD chapters. Work from her PhD has already resulted in two peer-reviewed publications, with a further four currently under review.

She has also given presentations at three major international conferences and co-authored a book chapter. One of her papers, which looked at David Attenborough’s Our Planet series, led to an invitation to work with the BBC’s Natural History Unit on their next documentary.

Upon successful completion of her PhD, Laura will be starting a postdoc with Professor Nils Bunnefeld at the University of Stirling, working on the project ‘Resolving conflicts between food security and biodiversity conservation under uncertainty’.