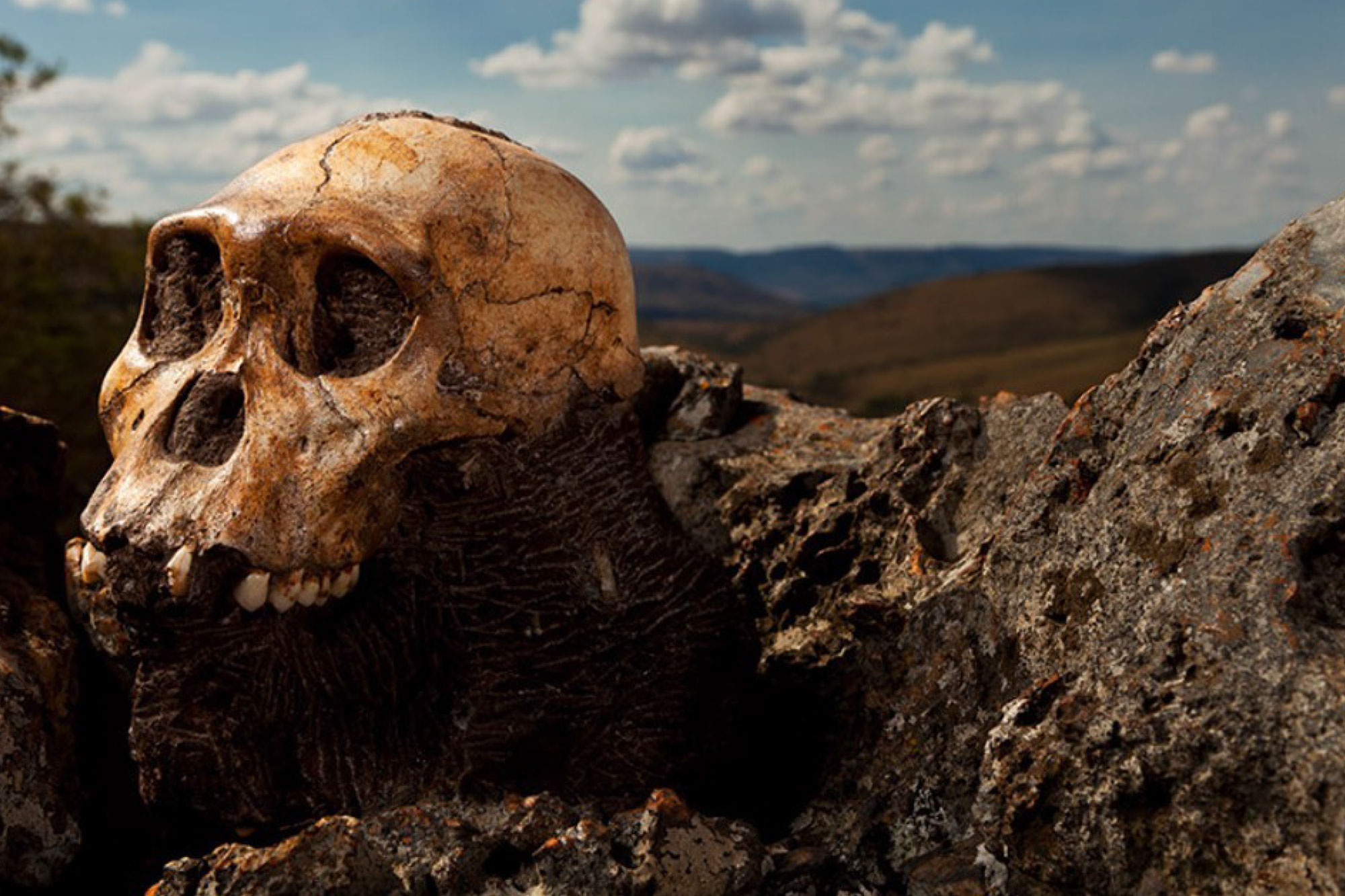 "The skull of MH1 (an Australopithecus sediba specimen) at the site" by Brett Eloff.

Research by anthropologists at the School of Anthropology and Conservation has identified hand-use behaviour in fossil human relatives that is consistent with modern humans.

The human lineage can be defined by a transition in hand use. Early human ancestors used their hands to move around in the trees, like living primates do today, whereas modern human hands have evolved to primarily perform precision grips.

However, new research led by Dr Christopher Dunmore, Dr Matthew Skinner and Professor Tracy Kivell has revealed that the hand of an ancient human relative was used for both human-like manipulation as well as climbing.

The knuckles at the base of Australopithecus sediba’s fingers were found to have an internal trabecular structure consistent with branch grasping, but that of their thumb joints is consistent with human-like manipulation. This unique combination is different to that found in the other Australopithecus species studied and provides direct evidence that ape-like features of this species were actually used, probably during climbing. Furthermore, it supports the idea that the transition to walking on two legs was gradual in this late surviving member of the Australopithecus genus.

Dr Dunmore said, “Internal bone structures are shaped by frequent behaviours during life. Therefore, our findings can support further research into the internal structure of hands in relation to stone-tool use and production. This approach may also be used to investigate how other fossil hominin species moved around and to what degree climbing might have remained an important part of their lifestyle.”

Professor Kivell commented, “The internal bone structure can reveal hidden evidence that gives us insight into how our fossil human relatives behaved. We were really excited to see this particular hand-use pattern in Australopithecus sediba as it was so different from other australopiths. The fossil record is revealing more and more diversity in the ways our ancestors moved around, and interacted with, their environments – the human evolutionary story is even more complex and interesting than we previously thought.”