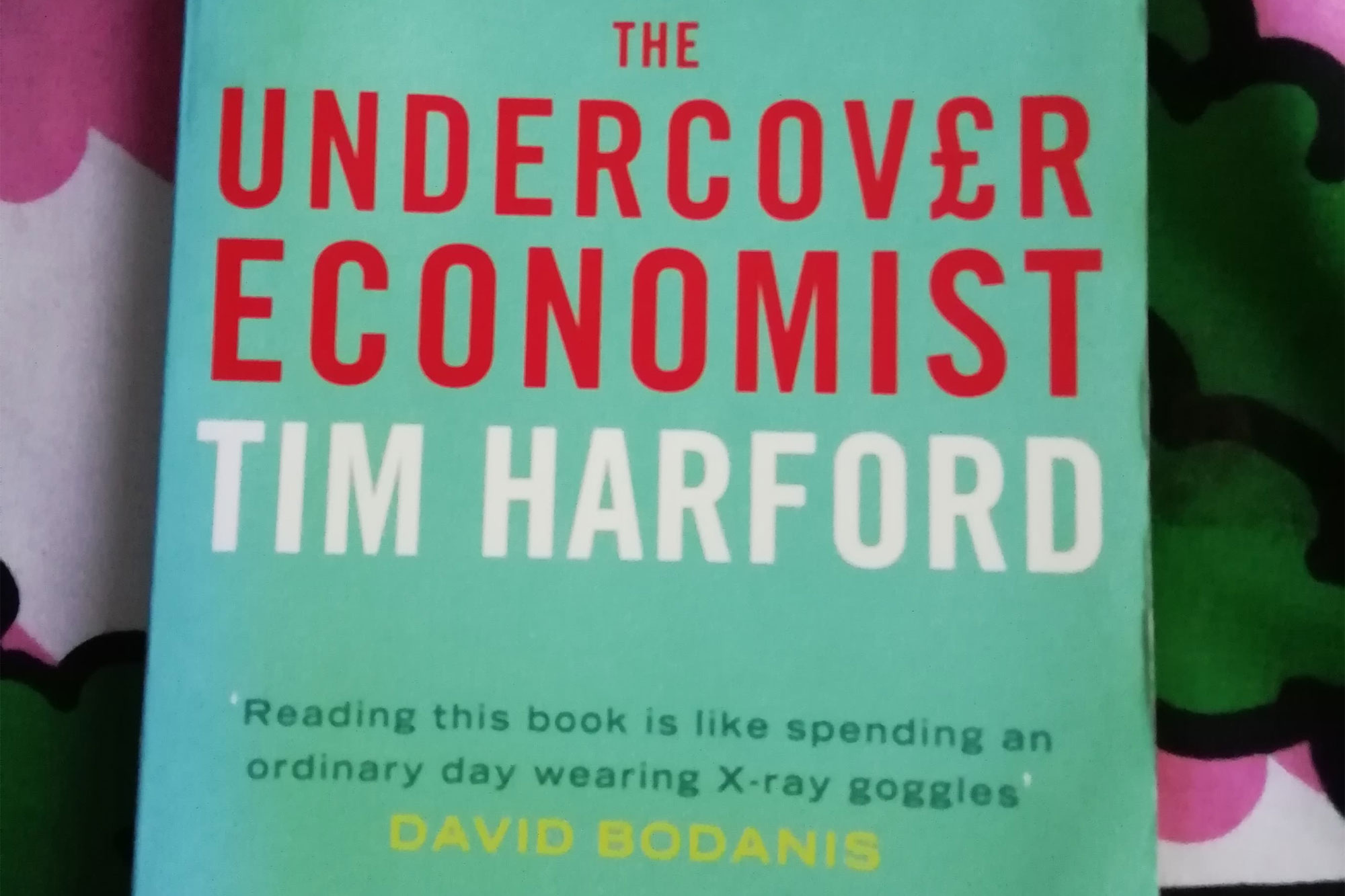 is studying for a PhD in Biodiversity Management at the Durrell Institute of Conservation and Ecology (DICE) on social marketing and behaviour change for demand reduction in wildlife trade. Here, she shares some more thoughts about a number of books she has read as part of #LockdownLiterature beginning with a book that examines why the debates around climate change remain fiercely polarised.

Undercover Economist: Exposing Why the Rich Are Rich, the Poor Are Poor – and Why You Can Never Buy a Decent Used Car! by Tim Harford “The Undercover Economist has been hailed as a fantastic guide to the fundamental principles of economics. It’s part Economics 101 and part exposé of the economic principles lurking behind daily events, explaining everything from traffic jams to high coffee prices.

“Borrowed from Professor Bob Smith, it looked like a very well-used copy and now I know why. Too many interesting tidbits to pick just one favourite, as it covers an array of economic concepts like scarce resources, market power, price gouging, market failure, inside information and game theory. However, if I had to single some concepts out, perhaps the problems with trade barriers or the intriguing design of auctions for radio spectrum licences. “With a blurb that reads, “They’ve infiltrated homes in Hong Kong, shops in Vancouver, the streets of Senegal, town squares of Oaxaca, schools in Tel Aviv, bedrooms in Ohio. They’re following you. They’re everywhere now. They’re us.”, you could be forgiven for thinking that the ‘they’ are particles of coronavirus.

“But no, ‘they’ are robotic furbies controlled by an anonymous stranger, living in your home. A series of vignettes from across the world shows us how humanity behaves when we are connected but alone, private but watched. Fantastic concept. Fantastic execution.

Cat Among the Pigeons by Agatha Christie “It must have been my 6th or 7th reread (or rather re-listen – Hugh Fraser as narrator and David Suchet’s Poirot are unbeatable). This is one of my all-time favourite novels by Agatha Christie. We have plucky schoolgirls, undercover spies, exotic royalty and, of course, murder.

The Tidal Zone by Sarah Moss “Now was not the best time to read a book about a girl who stops breathing, but it was quite excellent. I loved the protagonist, a stay-at-home-dad/disenfranchised academic, his work-life juggle and the politics of packing lunches and loading dishwashers.

“‘It must, I sometimes think, be exhausting for the awkward squad, for Professor Troublemaker and his henchmen, to maintain their relentless superiority at all times and in all places.'”

Have you read these books before or maybe you’re now thinking about giving some of them a go? If so, we’d love to know your thoughts on the works in the comments.

And don’t forget to share any reviews of your #LockdownLiterature with sacsocialmedia as part of the #KentBookClub.