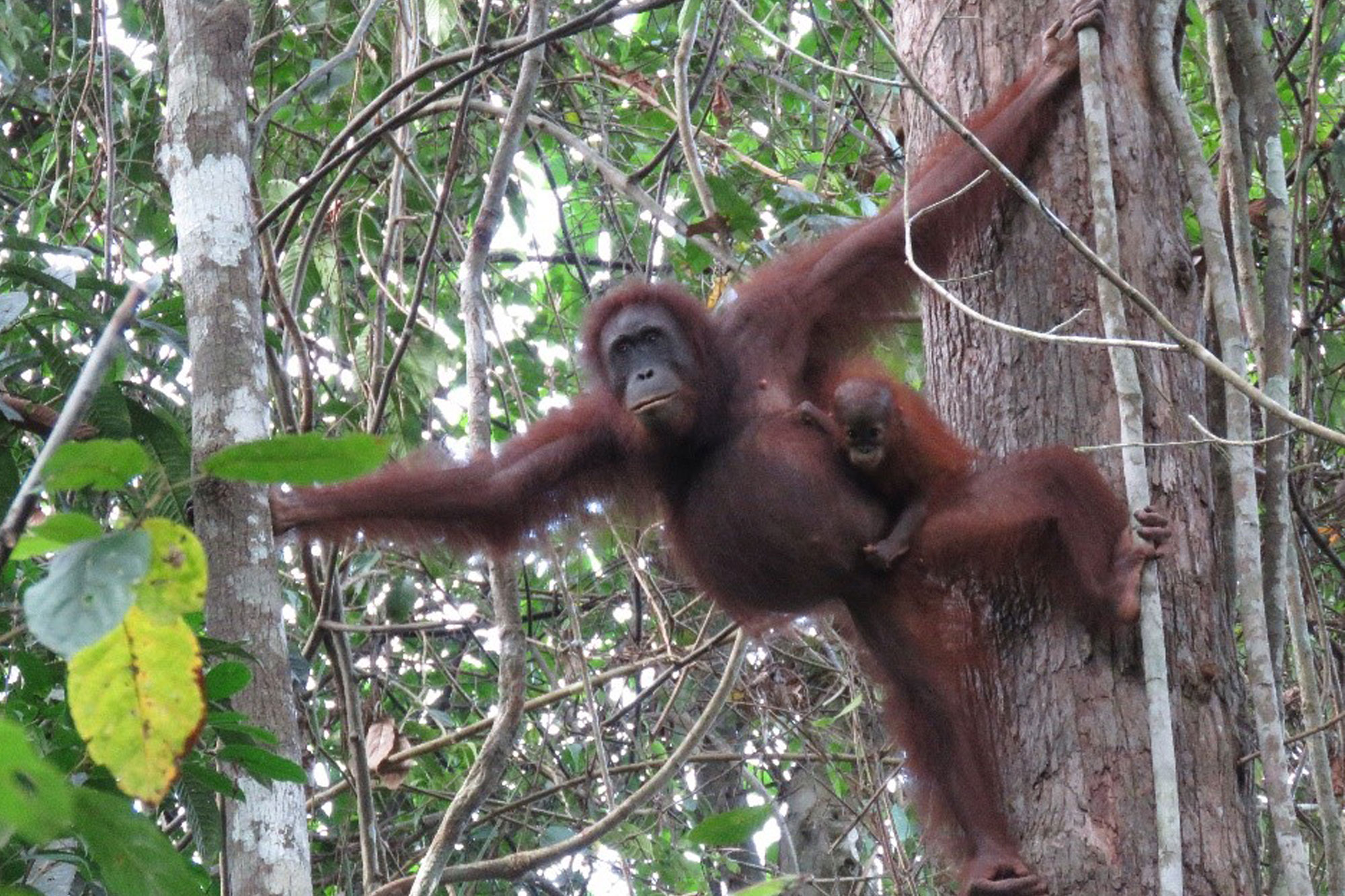 Orangutan protection should be 99% about protection of forests. The new study in the Journal for Nature Conservation underscores the need to refocus orangutan conservation action on protecting forests and facilitating the co-existence of people and orangutans in the wild.

For more than 50 years, Bornean orangutans in Kalimantan, Indonesia have been rescued from illegal or insecure situations and subsequently released back into ‘safer’ locations. The study found that, despite these efforts, the number of animals in rescue centres has not declined.

Between 2007 and 2017, 994 orangutans were rescued, mostly from local trade. Many people who kept infant orangutans as pets reported that the mother orangutans had been killed, and the study estimated that at least 668 adult orangutans were killed during the study period to obtain these infants.

The conviction rate for these crimes was only 0.1%. “Decades of taking illegal pet orangutans from their owners without arrests or prosecutions has created the expectation that orangutan capture and possession has no consequences beyond surrender of the animal,” Julie Sherman of Wildlife Impact, the lead author of the study, stated.

“Ninety-three percent of these wild orangutans were moved because they could potentially interact with humans or forage in agricultural crops,” Erik Meijaard of Borneo Futures in Brunei and Honorary Professor of Conservation Science at the Durrell Institute of Conservation and Ecology (DICE), one of the co-authors, said. “Most people do not want orangutans in their crops and most companies don’t want them in their plantations. It is assumed that orangutans will be better off if they are moved to a nearby forest, but are they?”

Ninety-two percent of the translocated wild orangutans were healthy adults, including females with infants, which suggests these animals are able to live and breed successfully in these ‘unsuitable’ habitats.

Co-author Dr Marc Ancrenaz of HUTAN in Malaysia noted that, “Orangutans are resilient and can adapt to changes in their environment. We know of females living and breeding successfully in very small forest patches. They are a fundamental part of the orangutan meta-population. Conservation needs to focus on facilitating the co-existence of people and orangutans within these agricultural landscapes.”

The authors suggest that the frequent ‘rescuing’ of orangutans undermines meta-population dynamics and may lead to more orangutan deaths than leaving them in these forest patches. Working with companies and communities to ensure orangutans are not harmed or killed, and that community crop damage is mitigated or compensated, is also important.

“Ultimately, we must solve the problem of orangutan killing and capture,” Sherman said. “Every rescued pet is the result of a wild orangutan being killed. Tens of thousands of orangutans live outside protected areas. They cannot all be moved or rescued and reintroduced back into the wild. Governments need to ensure their wildlife laws are implemented and wild orangutans given the protection they legally deserve. Shifting apes across the landscape may end up killing more than it saves.”

Local communities may need tools and training to mitigate potential interactions with orangutans and compensation payments for crop consumption by orangutans. The corporate sector needs both to accelerate enforcement of orangutan protection laws and protection of wild orangutan habitat within their lands.

The study found that rescue centres have had success in protecting orangutan habitats and are working with local communities in many areas of orangutan range.

Meijaard noted, “The expertise rescue centres have built over the past 50 years is very valuable for management outside protected areas where people need to re-learn how to coexist peacefully with the red ape. Awareness and tolerance are key drivers in this process, and rescue centres offer a platform to achieve this, but change is needed.”

‘Shifting apes: Conservation and welfare outcomes of Bornean orangutan rescue and release in Kalimantan, Indonesia‘ by Julie Sherman, Marc Ancrenaz and Erik Meijaard has been published in Journal for Nature Conservation.