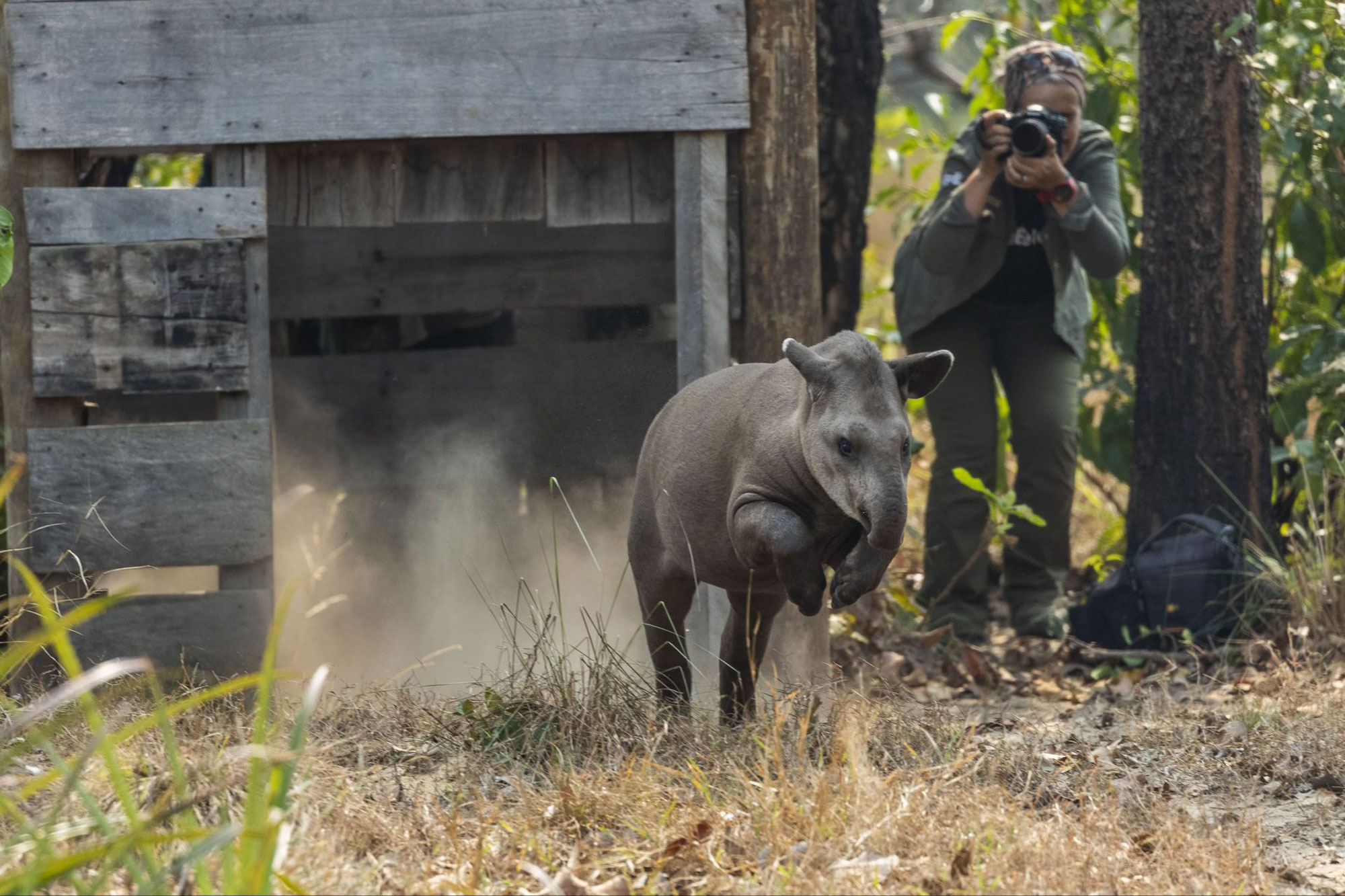 Congratulations to two Durrell Institute of Conservation and Ecology (DICE) alumni who have been recognised by The Whitley Fund for Nature for the extraordinary conservation work they have achieved in their home countries to protect the natural world and its wildlife.

Patrícia Medici, who completed her PhD at DICE in 2010, has been announced as the Gold Winner of the Whitley Awards 2020 for her research into tapirs as conservation flagships in Brazil. This builds on her original Whitley Award that she received in 2008.

Rachel Ikemeh, who received a DICE MSc Scholarship and graduated from the School in 2014, has been named a Whitley Award winner for her work advancing participatory conservation action for rare chimpanzees in Nigeria.

Patrícia will receive £60,000 and Rachel £40,000 in project funding to carry out their vital work, and a boost in profile to help forge connections and leverage further support.

Professor Bob Smith, Director of DICE, said, “We would like to congratulate Patrícia and Rachel and everyone at DICE is very proud of their achievements. The Whitley Awards are known as the ‘Green Oscars’ and this recognition demonstrates the significance of their work protecting the world’s wildlife.”