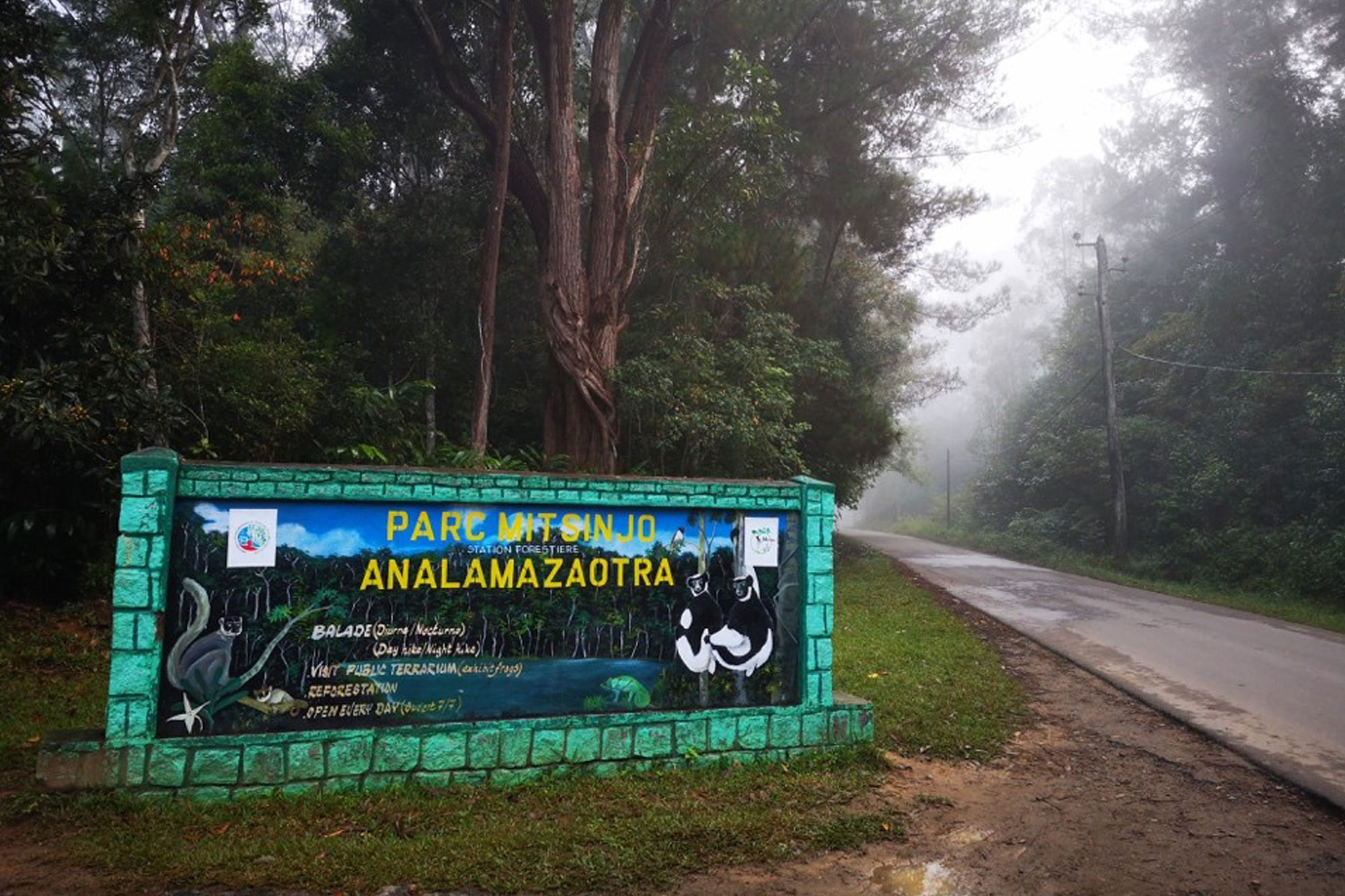 Sarah Humphrys studied for an MSc in Conservation and Rural Development at the Durrell Institute for Conservation and Ecology (DICE) in 2018-19. As most current DICE Masters’ students have had to alter their fieldwork plans because of the COVID-19 pandemic, Sarah shares her account of her time conducting field research in Madagascar this time last year.

“Madagascar is known to be one of the ‘hottest’ biodiversity hotspots in the world. This is partly because many of the species there, including over 90% of its animals, exist nowhere else on earth, but also due to the rate of habitat loss, threatening over 2,300 species with extinction. The trouble is, Madagascar is also an incredibly poor country, with over 75% of its population surviving on less than $1.90 a day and around 50% of children suffering with chronic malnutrition. Rural livelihoods, therefore, rely more and more upon unsustainable natural resource-use to survive, including hunting, charcoal production and logging.

“This precarious balancing act between protecting the environment, whilst considering the livelihoods of local communities, is one of the focuses of the Conservation and Rural Development Master’s pathway. And so, for six weeks between May and June 2019, I stayed in Andasibe, a town approximately 140 km from the capital, Antananarivo, in central-eastern Madagascar.

“Though I spent much of my time in Andasibe laughing and drinking coffee, I also had many opportunities to explore the surrounding forests and National Parks. My host, ‘Monsieur Alain’, had an ancient, green car that he ‘hotwired’ each time we set off, making the journeys themselves a particularly exciting part of these trips: sometimes they might involve a good hour of scrabbling around to find a spare Evian bottle of petrol, a screwdriver to prise open the door, or some thread and a nail to fix the brakes.

“The parks themselves felt like being underwater, with kaleidoscopic mushrooms that glowed like anemones, and vines and trees dripping from the canopy like seaweed. Even the light felt as though we were walking through Atlantis as it refracted through the tree-tops. I was overcome with emotion the first time I heard the indri, the largest of the lemurs, black and white and capable of jumping 10 metres between branches. After so much preparation for this trip, drafting and redrafting ethics forms, risk assessments, literature reviews and packing lists, I could hardly believe that I was listening to their calls echoing over the forest like whale song.

“Though I could talk about (and, frankly, look at) Madagascar’s wildlife for hours, the real purpose of my trip was to chat to local residents about their social taboos (known in Madagascar as fady). Social taboos are examples of customary habits or unwritten rules of behaviour that prohibit certain actions. In Andasibe, for example, for many people it is fady (and so strictly forbidden) to hunt or consume indri, with talk of immediate and fatal ancestral retribution for those who break this rule.

“This kind of unwritten rule, then, can be seen to contribute to biodiversity conservation by offering some protection to certain species or habitats – particularly in those places, like Madagascar, lacking the capacity to enforce formal conservation rules. With the help of two amazing guides from the Association Mitsinjo (the local community-based conservation and development organisation who hosted me and my research), my study was looking into whether there might be a change in respect for these customary institutions.

“My guides, Tiana and Toutoune, would speak in local dialect to my respondents and translate to me in French, retelling with incredible, energetic impressions some astonishing stories – about monstrous talking eels, mysterious criptids (animals whose existence or survival is disputed or unsubstantiated) with backwards-facing feet and long, straggly hair, and the spiritual possession and supernatural powers of three young girls from a local village.

“One trip to conduct an interview took much longer than expected as the bridge had been swept away in a recent cyclone (Tiana and I resorted to removing our shoes and wading across the river to the other side). Other journeys were equally notable, involving balancing across precarious logs or bouncing along in rickety cars.

“Since graduating with my MSc in November, I often think about Madagascar – about the kindness that the people there showed me, about how generous they were with their stories and their laughter. I am worried about how the country’s already weak healthcare system will struggle in the wake of this pandemic (after being hit by a plague epidemic in 2017 and a measles outbreak in 2018-2019).

“And I am more scared about the impact of the even larger public health threat, that of climate change, where global pandemics like the one we are currently facing and extreme weather events like those that washed away the bridges in Andasibe will become increasingly regular and impact the poorest and most vulnerable people in the world the hardest.

“I am hoping that, during this crazy time, we have shown ourselves that we are capable of pulling together and adapting in the face of a threat if we need to. And, for the sake of my friends in the Indian Ocean, we do need to more than ever.”

You can find out more about the Association Mitsinjo here.